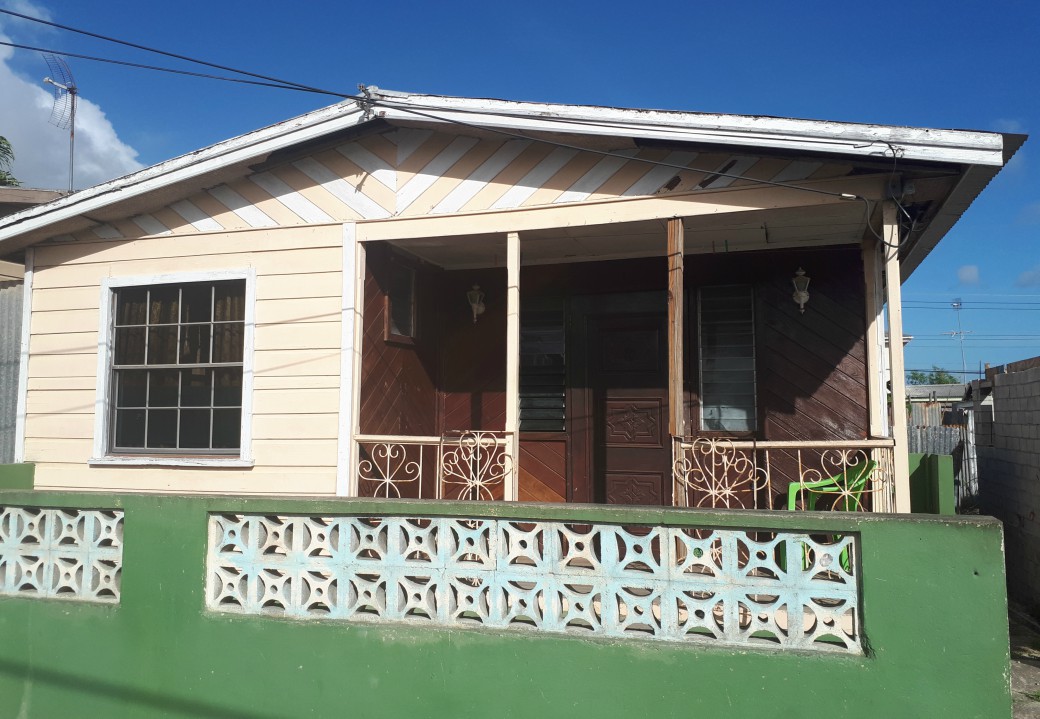 The family home of Judy Hoyte where she was attacked early on Tuesday morning.

Residents of the Waterford community are still in a state of shock due to a recent stabbing which almost claimed the life of one of their neighbours.

Sometime after 2 a.m on Tuesday, an unknown assailant broke into the home of 56-year-old Judy Hoyte. According to police reports, the assailant entered Hoyte's home by reaching in through a window located to the front of the house.

Hoyte, who was asleep at the time, awoke and became involved in an altercation with the assailant. This altercation resulted in her being stabbed multiple times to her neck, head and hands. She was rushed to the Queen Elizabeth Hospital where she is warded in stable condition.

A visit to the St. Michael community would reveal little details about the circumstances of the stabbing, as most residents said they were asleep at the time of the incident.

Residents speculated as to the cause of the stabbing, assuming it was as result of a robbery gone wrong.

One elderly man who lives directly opposite Hoyte's home, which she shares with her children and grand-children, told Loop News he was still awake around the time the incident would have taken place but he did not hear any commotion in or around her home.

He said he was made aware something was amiss when emergency services arrived on the scene and his neighbours told him "Judy like she get stab up".

The elderly resident said Judy is a quiet person and a friend to all in the community. He admitted it was difficult to wrap his mind around the fact that one of his neighbours and dear friend was attacked.

Another resident described Hoyte as a "no-nonsense woman" with a quiet spirit and said the attack against her was both unwarranted and unfortunate.

Up to the time of publication, Hoyte was still undergoing treatment at the QEH for her stab wounds. It was reported she was conscious and alert and in the company of relatives.