WAVES of vibes have people looking forward to the next cruise 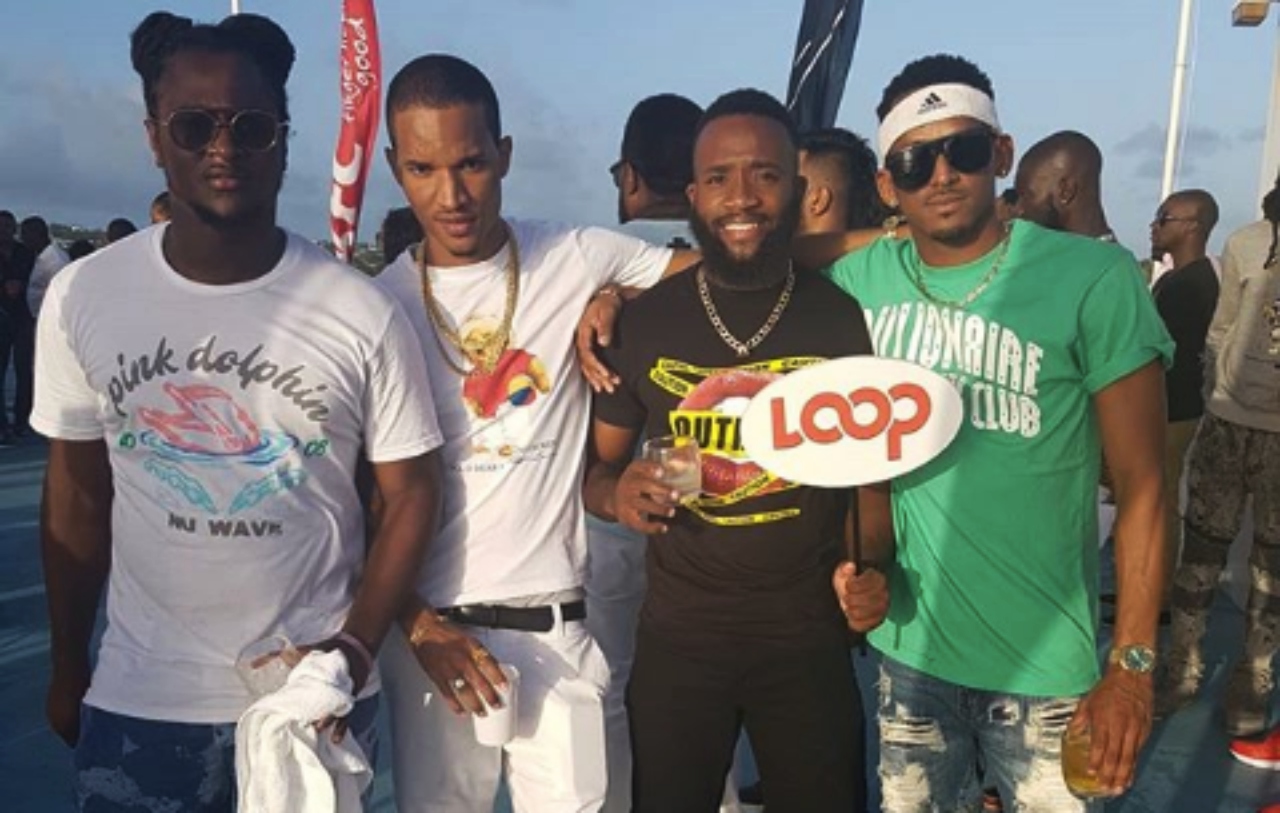 Some of the WAVES Committee members.

To some, a wave is a long body of water which crests and breaks on the shore; to others, a wave is a hand signal, but on July 28 however, the only wave that mattered was WAVES the Cruise.

When Loop arrived, KFC was giving away bites to the patrons’ dockside to “absorb” the alcohol that was about to be consumed and to give them the energy to ‘get on bad’.

Once onboard, Cockspur ensured that those who did not walk with their drinkware had a glass to pour their liquor or water into, because to each his own, right?

The time was 5:22 pm, all bags were searched, all ticket stubs scanned, and it was all aboard!

The sun glistened across the open water as the patrons and event promoters mixed and mingled with each other. Then as the sun began to fade so did the good behaviour of the ‘WAVES Crew’.

In the eyes of this journalist, Jagwa de Champ is really a champion. When Jagwa asked Crop Over 2018’s magic questions onboard the vessel the ladies on board had their answers ready! The drinks flowed, the music blazed on and the waistlines worked!

On the return to the Shallow Draft, Level Vibes asked the ladies what they wanted and he certainly delivered their requests with old and new soca hits right until one could see the Atlantis submarine once more.

Loop caught up with the WAVES committee after the cruise. From Waves' Instagram the cruise was SOLD OUT so Loop went to check the actual numbers.

The WAVES team stated that they had 761 patrons onboard. In past years they were allowed 1000 persons but due to stricter penalties enforced by the Coast Guard this year as it relates to the Harbour Master vessel, the numbers had to be reduced.

No event can truly be successful without sponsors, The WAVES team were proud and grateful for their loyal sponsors Hanchell Inniss, KFC and Cave Shepherd. Blueprint the store came on as a new sponsor for this 2018 edition.

When Loop asked, "Will WAVES be returning in November or do patrons have to wait for Crop Over 2019?” The WAVES team responded ‘WAVES in November? Maybe, who knows? The people love WAVES so anything for them!”

LIFTED raised its bar for the fourth edition