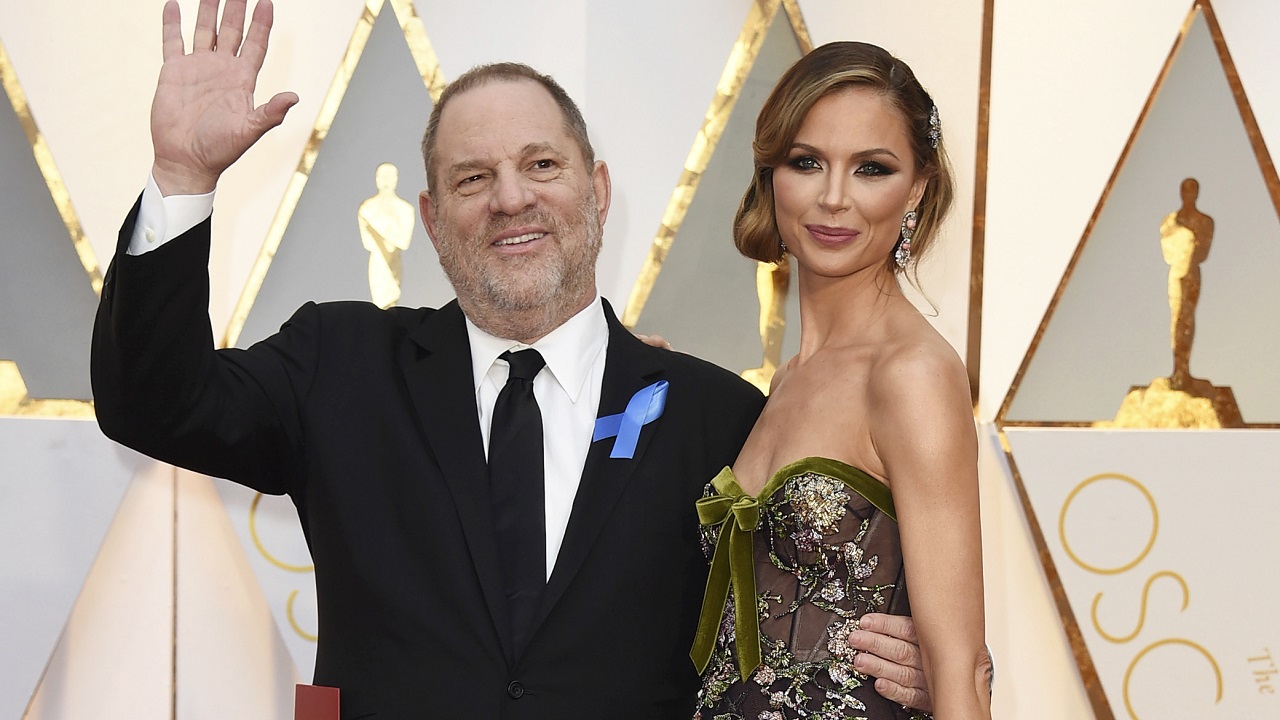 (Image: AP: Weinstein and Chapman pictured together on 26 February 2017)

The estranged wife of disgraced movie mogul Harvey Weinstein has spoken out about the raft of sexual assault claims that engulfed him late last year, saying she never suspected anything and was “broken” in the aftermath of the scandal.

Georgina Chapman, a British fashion designer who founded the Marchesa label, left her husband after the claims against him emerged in October 2017 in two US publications.

“I lost 10 pounds in five days. I couldn’t keep food down,” she told Vogue. “My head was spinning. And it was difficult because the first article was about a time long before I’d ever met him, so there was a minute where I couldn’t make an informed decision.

“And then the stories expanded and I realized that this wasn’t an isolated incident. And I knew that I needed to step away and take the kids out of here.”

Weinstein has been accused by dozens of women – from famous actresses to former employees – of sexual harassment, assault and rape. He is currently being investigated by police in the UK and the US. He has repeatedly denied any allegations of "non-consensual sex".

Chapman told Vogue that after the revelations she didn’t go out in public for five months.

“I was so humiliated and so broken that I didn’t think it was respectful to go out,” she said, reportedly crying throughout. “I thought: Who am I to be parading around with all of this going on? It’s still so very, very raw.”

Chapman married Weinstein in 2007 and their children, India and Dashiell, are seven and five. She says Weinstein was her “friend and a confidant and a supporter”.

“That’s what makes this so incredibly painful: I had what I thought was a very happy marriage. I loved my life,” she told the magazine.

In January she cancelled the show for her fashion brand’s autumn collection, saying it wasn’t appropriate given the situation. “All the women who have been hurt deserve dignity and respect, so I want to give it the time it deserves. It’s a time for mourning, really,” she said.

But she said supporters had rallied round and offered to wear her clothes, most recently Scarlett Johansson, who picked a Marchesa gown to wear to the Met ball.

She and Weinstein are still in contact because of arrangements regarding the children and the divorce, Vogue reported. Chapman is also planning a house move to upstate New York.

Asked by Vogue if she had ever been suspicious about Weinstein’s behaviour, she said: “Absolutely not. Never.” She said she had “never been one of those people who obsesses about where someone is”.

In a letter accompanying the piece, Vogue editor Anna Wintour said blaming Chapman for her husband’s behaviour was wrong and that she deserved “compassion”.

Weinstein Company to file for bankruptcy