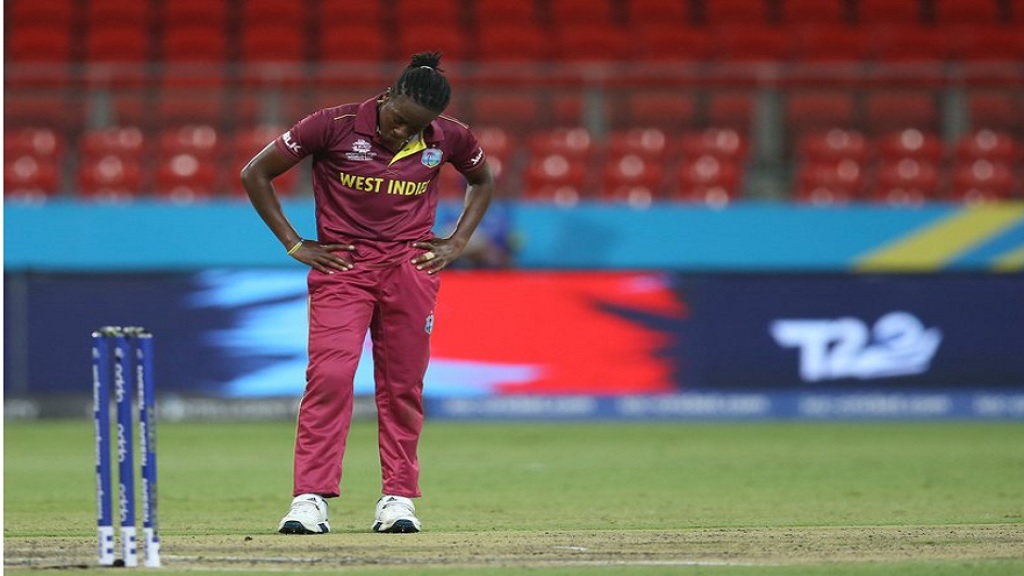 Disappointment. This is the first time on over decade West Indies Women have not reached the final four of the ICC Women’s T20 World Cup.

West Indies lost to England by 46 runs and are out of the ICC Women’s T20 World Cup in Australia.

The defeat on Sunday at the Sydney Showground was the second in three matches and left West Indies in third spot on the Group B points table. England and South Africa remained top of the group and have qualified for the semis.

Batting first after winning the toss, England posted 143 for five from their allotted 20 overs with Natalie Sciver once again starred with the bat, making 57 from 56 balls.

Amy Jones impressed at the back end of the innings, hammering 23 from 13 balls, to help England towards a defendable total.

In response, West Indies lost three wickets for one run and could only reach 97 for nine in the 18th over, with captain Stafanie Taylor unable to return to the crease after earlier retiring hurt on 15.

Taylor was taken to a local medical facility for scans.

Lee-Ann Kirby top-scored for West Indies with 20 from 15 balls.

WHAT’S NEXT: West Indies will remain in Sydney for their fourth and final match against South Africa on Tuesday, March 3 at the Sydney Showground Oval. First ball is 7 pm (3:00 am Jamaica Time).