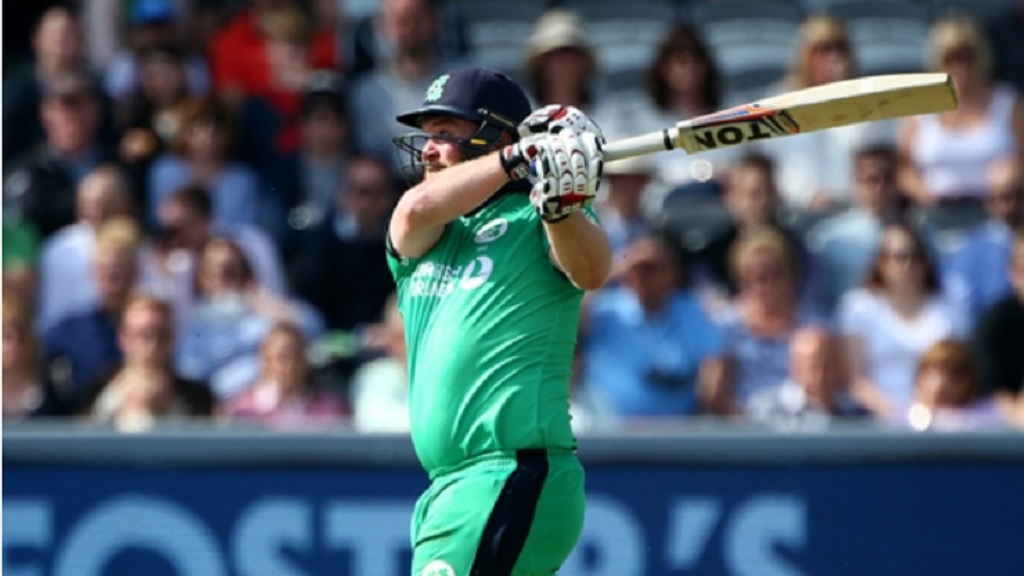 Paul Stirling's blistering 95 set up a thrilling four-run triumph for Ireland in the opening T20I against West Indies in Grenada on Wednesday.

Stirling clattered eight sixes and six fours in a 47-ball knock, putting on 154 alongside Kevin O'Brien (48) for the opening wicket – meaning the tourists' eventual haul of 208-7 was relatively disappointing.

Evin Lewis was the only Windies batsman to pass fifty but muscular contributions from Shimron Hetmyer (28), Kieron Pollard (31), Nicholas Pooran and Sherfane Rutherford (both 26) took the contest to the wire.

Rutherford and Dwayne Bravo – making his first international appearance since 2016 - fell to impressive left-arm seamer Josh Little (3-29) in the final over as Ireland bounced back from defeat in the recent ODI series to take a 1-0 lead in the three-match rubber.

Their success was built upon the best powerplay score in T20I history as the openers stood on 83 without loss after six overs, Stirling having brought up his half-century from 20 deliveries with his fifth six.

They duly brought up three figures in the next over but, after leg-spinner Hayden Walsh and Pollard took pace off the ball to slightly check the scoring rate, veteran all-rounder Bravo bowled O'Brien with a fine yorker that ducked in late.

Sterling mistimed a slog sweep off Walsh to be caught by Lewis five shy of a deserved century and Ireland never truly regained momentum.

Gareth Delany was their next highest scorer with 19, producing the shot of the innings with a glorious six over extra cover from Kesrick Williams, who returned a woeful 0-48 from three overs as Bravo, Khary Pierre and Sheldon Cottrell took two wickets apiece.

West Indies were unable to find a contribution of similar substance to Stirling's at the top of the innings after George Dockrell pouched a stunning catch at deep point to remove Lendl Simmons for 22, with Little the beneficiary.

Lewis stormed to a sixth T20I fifty and was typically strong square of the wicket until he hit Craig Young to a scampering Harry Tector on 53.

Hetmyer looked in the mood with three towering sixes, only for an embattled Dockrell (1-51) to have him caught by captain Andy Balbirnie.

Pollard took up the mantle and kept his side up with the rate, although Dockrell continued to enjoy himself far more in the field and held on when the Windies skipper sent Simi Singh skyward.

Ireland in control after bowling England out for 85