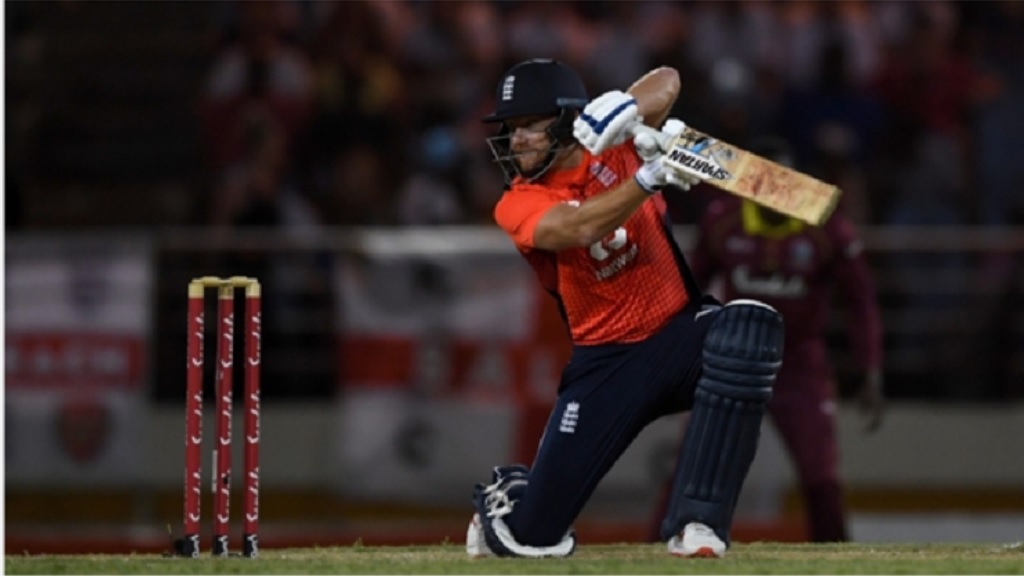 Nicholas Pooran was the talisman of a disappointing Windies innings, his 37-ball 58 the best contribution for the hosts as they reached 160-8 after the tourists won the toss at Gros Islet.

Tom Curran took 4-36 for England, who made light work of their target thanks to Bairstow, who needed only 27 balls to bring up his fifty in an innings that saw him dropped twice.

England were well ahead of the run rate by the time he departed for 68, Joe Denly and Sam Billings helping finish the job to put them ahead in a series that moves to Saint Kitts and Nevis for the final two matches.

Only nine balls were needed for England to make a breakthrough as Shai Hope (6) edged Curran to Joe Root, and Chris Gayle (15) and Shimron Hetmyer (14) also fell cheaply to leave the Windies three down after five overs.

Curran and Chris Jordan (2-16) were impressive with the ball and the latter took a stunning diving one-handed catch to dismiss Darren Bravo (28) and end his stand of 64 with Pooran, who found little else in the way of support.

Pooran's innings featured three boundaries and four maximums before he was fittingly bowled by Curran, captain Jason Holder and Ashley Nurse making their total more competitive with 21 off the final two overs.

Alex Hales got England off to a fast start with a six and a four off his first two balls. Four leg byes followed before he was then dropped by Carlos Brathwaite, and an entertaining first over ended with Hales bowled by Sheldon Cottrell.

Bairstow set the tone for his performance with three boundaries from the next four balls and, though his Yorkshire team-mate Root went for a duck, he had little difficulty guiding England to a winning position.

Hope dropped him on 34 and, after he brought up his half-century with a six over long off, Bairstow was put down again as Cottrell was unable to take a simple catch off the bowling of Nurse.

Nurse and Brathwaite soon combined to finally dismiss Bairstow, but only after he added two further boundaries. A 50 partnership between Denly and Billings effectively ended the contest, before Curran wrapped things up with seven balls left.