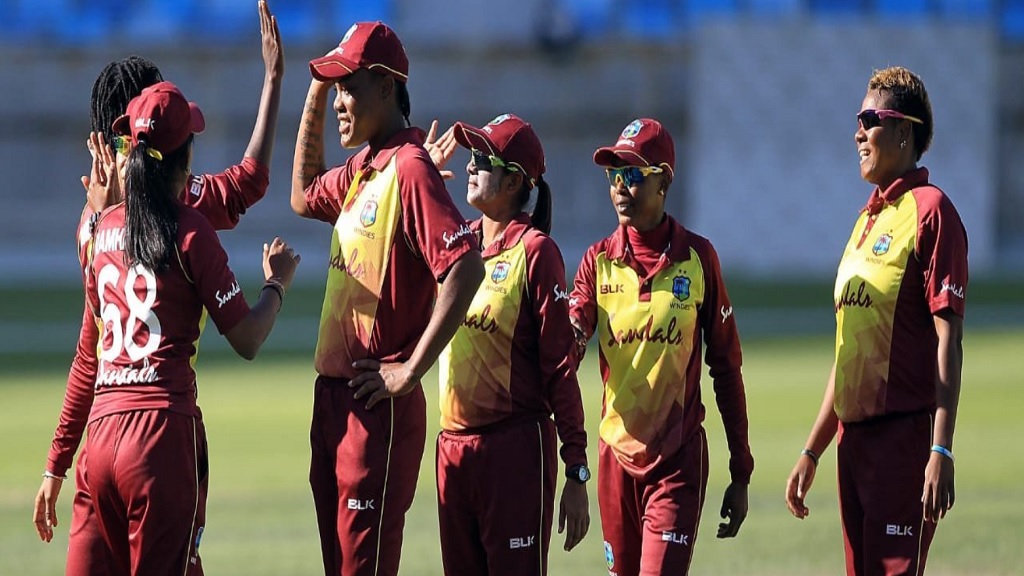 West Indies women suffered a seven-wicket defeat against India women in the third Twenty20I at the Providence Stadium in Guyana on Wednesday.

The victory means that India women have taken an unassailable 3-0 lead in the five-match series.

Batting first, West Indies were restricted to a measly total of 59-9 in their allotted 20 overs. India chased down the total in 16.4 overs for the loss of three wickets with Jemimah Rodriques top-scoring with 40 not out from 51 deliveries.

The West Indies' top order once again failed to deliver during the powerplay as two wickets fell in that period. Hayley Matthews was the first to go as she fell for five, caught and bowled by Anuja Patil.

Shermaine Campbelle (five) and Stacey-Ann King (seven) followed quickly to leave West Indies struggling on 27-3 off 10 overs. The Caribbean side did not recover from that stage.

Chinelle Henry top-scored with 11 from 18 balls, while Chedean Nation had 11 from 27.

India reached the target easily despite the loss of three wickets. Matthews got rid of the dangerous Shafali Verma, having her stumped without scoring. Matthews then got the wicket of Smriti Mandhana. She was brilliantly caught by Shakera Selman in the cover.

The other wicket to fall was Harmanpreet Kaur, also caught by Selman.

The fourth T20I will be played on November 17 and the fifth on November 20. Both matches will also take place at Providence.

West Indies announce home series for the next three years