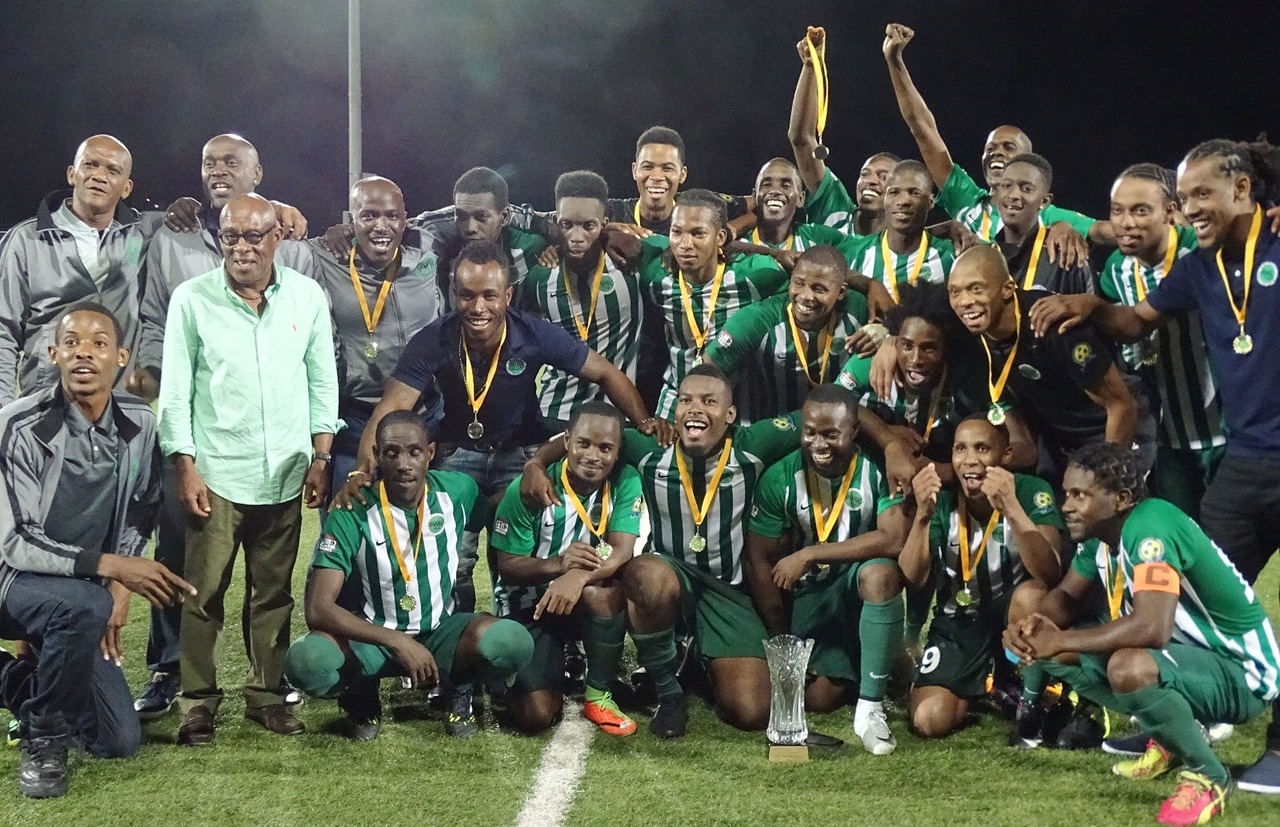 The Carrington Village side outplayed BDFSP to secure their 15th win of the season and claim their 18thleague title; UNDEFEATED. The final scoreline was 2-1.

The 2015 champions BDFSP began the game quite vibrantly and conjured a number of attacks, utilizing the pace of Rashad Jules and T’Shane Lorde to support the strength and mobility of forward Kyle Gibson.

The BDFSP had the earlier opportunities with Gibson and Lorde having two of the easier ones from within the penalty area but failed to test Wales’ goalkeeper Omari Eastmond.

Wales made their opponents pay for those misses when they took the lead in the 22nd minute from the penalty spot.

National midfielder Hadan Holligan received a pass into the BDFSP penalty area and with custodian Kishmar Primus rushing off his line, Holligan shot wide but was adjudged by referee Gillian Martindale to have been fouled by Primus; resulting in a penalty kick.

Romario Harewood calmly stepped up to the spot and passed the ball into the bottom left hand corner, while Primus went in the opposite direction.

BDFSP fought their way back into the game and equalized in the 31st minute.  In a rare case of complacency, Wales' defenders failed to apply pressure to Rashad Jules from 20 yards out and the national captain made them pay as he fired low and hard with his left foot into the bottom, left-hand corner.

Kemar Headley restored Wales’ lead in the 38th minute with a beautiful header at the far post after he was found by Holligan’s right-sided cross.

Both teams created opportunities in the second half with each goalkeeper coming up with big saves; particularly Eastmond who tested in the 80th minute by a close-range header from Akeem Hill but the six-foot figure of Eastmond got down quickly to his left to retain his team’s advantage but more importantly the 2018 BFA Premier League.