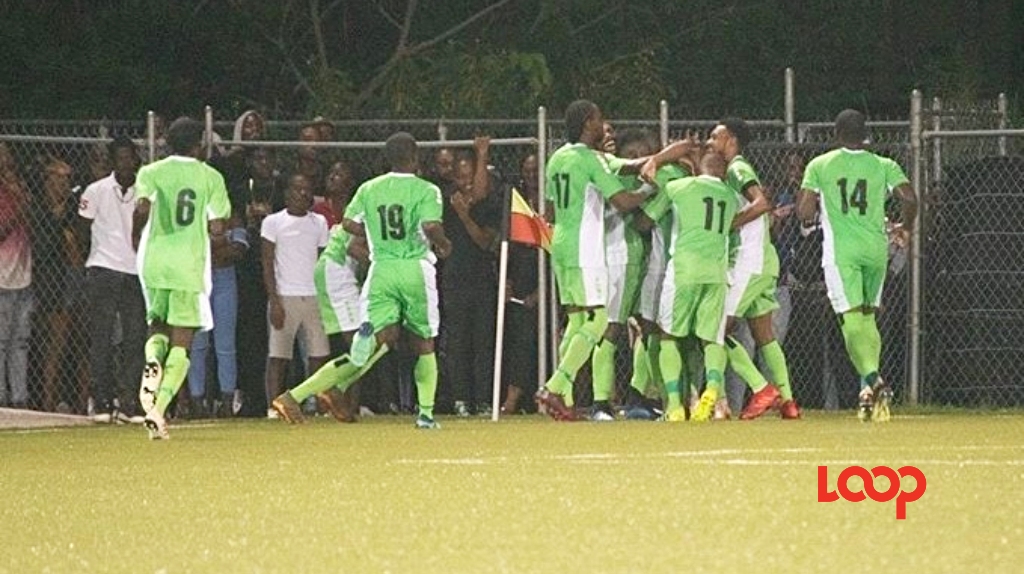 Their already well-decorative trophy cabinet just got a little fuller.

The Carrington Village outfit defeated the pride of St George, Crane & Equipment Ellerton FC 1-0 last night at the BFA Wildey Turf in front of a sold out crowd.

Close to 2000 people were on hand to witness history being made but also to take a chance at winning the spectators prize of a brand new Hyundai Grand i10, which was eventually won by Vidar White.

Chance was the theme of this encounter as Ellerton squandered many while Wales took one of the few they created.

Tournament’s top-scorer Shakille Belle missed a perfect opportunity to open the scoring in the 18th minute when he was granted space inside the Wales’ penalty area with just goalkeeper Omari Eastmond in the way, but Belle fired his right-footed effort wide of the mark.

Ellerton played with tremendous pace and bravery, closing down their opponents quickly and forcing them into a number of uncharacteristic errors.

Those errors allowed Ellerton a few sights at goal but not enough to beat Eastmond.

Just before the break, Belle sped by his marker and played an inch-perfect pass into an unmarked Shaquan Clarke who missed the target from six yards.

Wales seemingly settled in the second half as the Ellerton players wore tired and showed obvious signs of exhaustion.

Wales took full advantage of their opponents’ weary legs and minds in the 89th minute.

A quick throw-in by Wales caught the Ellerton defense napping and Romario Harewood crossed the ball from the right into the path of Hadan Holligan who shifted his marker and drilled a low, powerful left-footed shot into the bottom left-hand corner to spark a mass celebration amongst the Wales supporters.

Ellerton tried valiantly but ran out of time as Wales lifted another domestic title.