WHERE ARE THEY NOW: 'Grandaddy' Terror Fabulous still in 'Action' 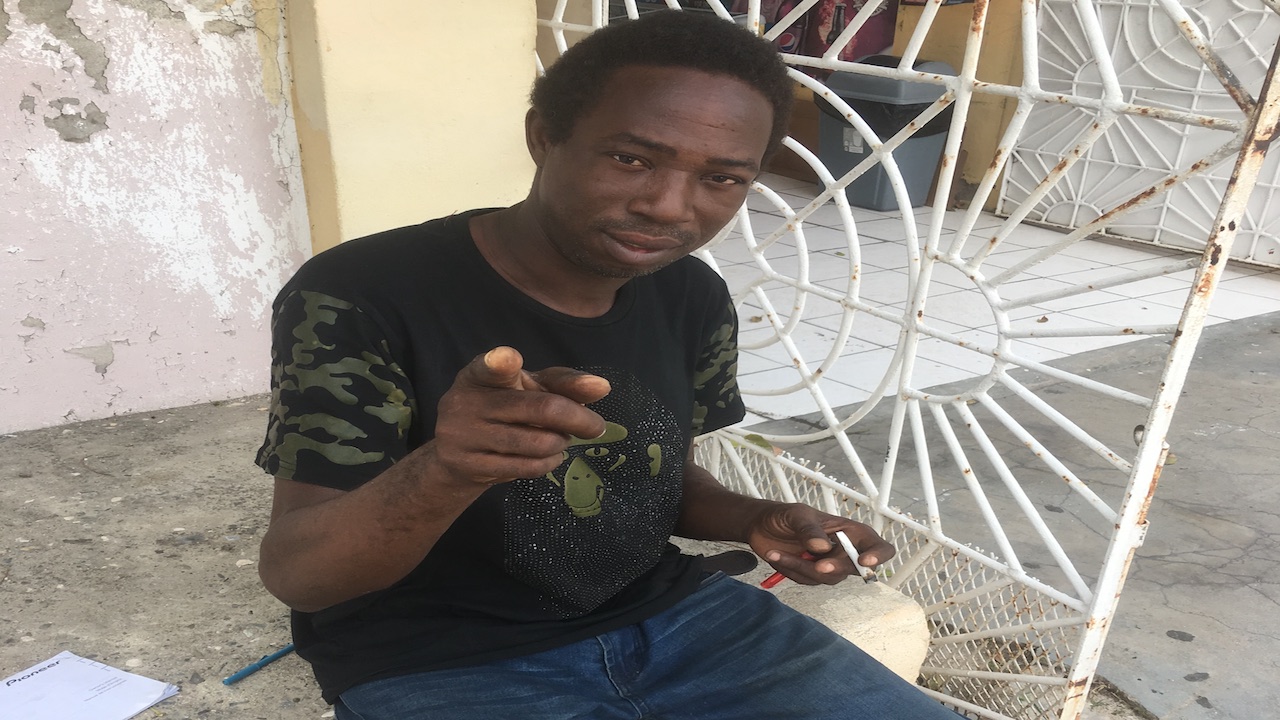 Terror Fabulous outside the RC-One studio in Edgewater, Portmore.

Dancehall artiste Terror Fabulous has had a rough couple of years, but lately things have been looking up. He is now a grandfather as one of his daughters recently gave birth.

"It is just a joy to know that I am a grandfather now, a new generation ah come into play, ah that mi a deal with now, the future," he told Loop Jamaica reporter Claude Mills.

He has two daughters, 23-year-old Nefatari and 22-year-old Tonea, both of whom live overseas. He's being treated for an undisclosed medical condition.

"Mi just de ya everyday ah hold a vibe at RC-One studio, I did a show in Guyana last year, me and Powerman and Gaza Kim. Mi do music same way, when mi feel tired, mi rest and come back again and do music. I don't do anything derogatory or too slack," he said. 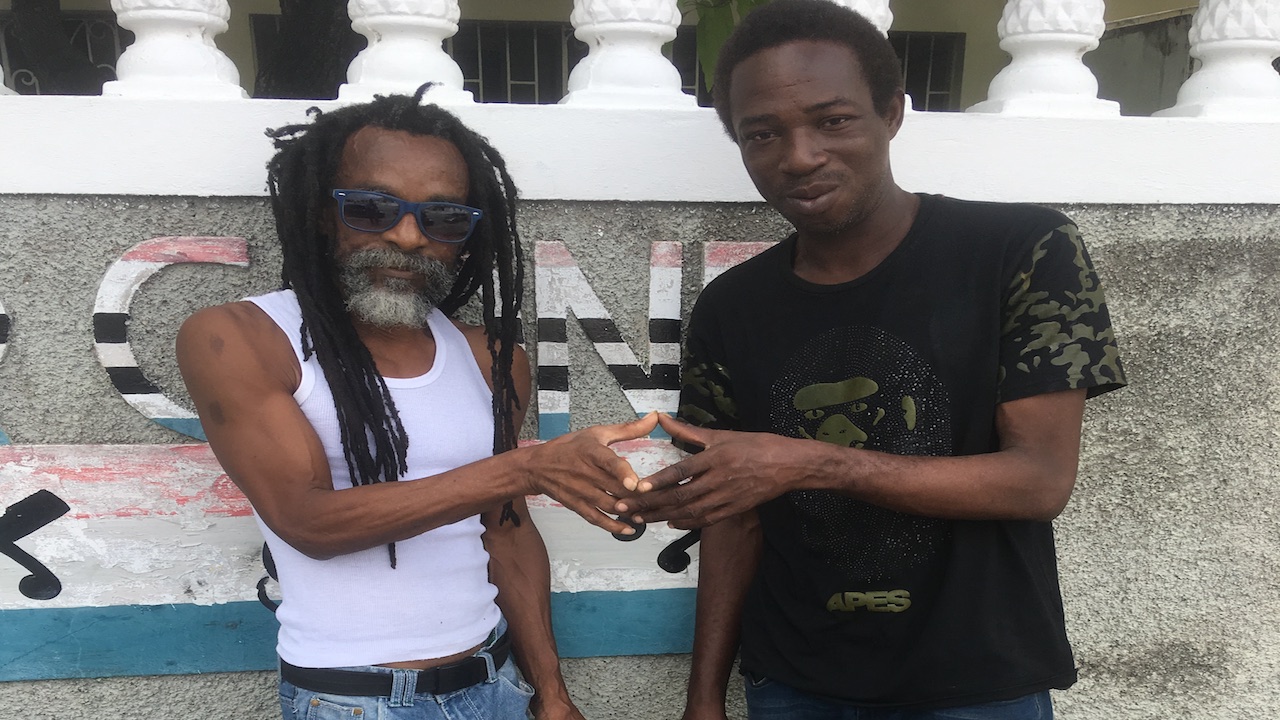 He continues to earn a good revenue stream from Japanese sound system selectors.

"My most requested song is definitely 'Gangsta Anthem' followed by 'Action', the Japanese dem check me all the time, mi just get up everyday and build music and do dubs everyday," he said.

Years ago, he had a resurgence when he recorded 'Nuff Gal' on a beat for producer Stephen McGregor and 'Black Baby' for RC-One Records

Terror Fabulous has been working hard to continue to practise his craft. He continues to earn royalties from his mega-hit, 'Action' featuring Nadine Sutherland. He revealed the story about how that song was conceptualised.

"I still get my royalties, Dave Kelly produced it, wrote it and mixed it. He had an idea and we sat down and wrote it together, I put in one and two word, but ah him mostly write it. Nadine was not there, when it was done, he called Nadine and she come in, put on her headphones  and sing 'Action, not a bagga mouth', it was just magic and then mi go in and lay my track," he said.

"I remember shooting the video on HWT, and she did the dancing part uptown, it is still my biggest song," he said.

When it was first released in 1993, singer Nadine Sutherland and deejay Terror Fabulous dominated clubs and ethnic radio stations with the 'Action' anthem, and also topped numerous local and international reggae charts. Fast forward 25 years, and it remains one of the biggest dancehall songs of all the time.

Terror Fabulous was a peerless hit-maker in his time. Other standout songs include 'Gun Fool', 'Gun Jezebel', 'Position', the anti-violence song 'Bad' , 'Talk About' featuring Wayne Wonder, and the dancehall classic, 'You Woulda Bawl' with the famous provocative opening question: 'Have you ever seen a .45 before?'.

When he attended Waterford High school, music was his true love even though he played football and represented the school in athletics in the 100m and 200m at several secondary school track events. 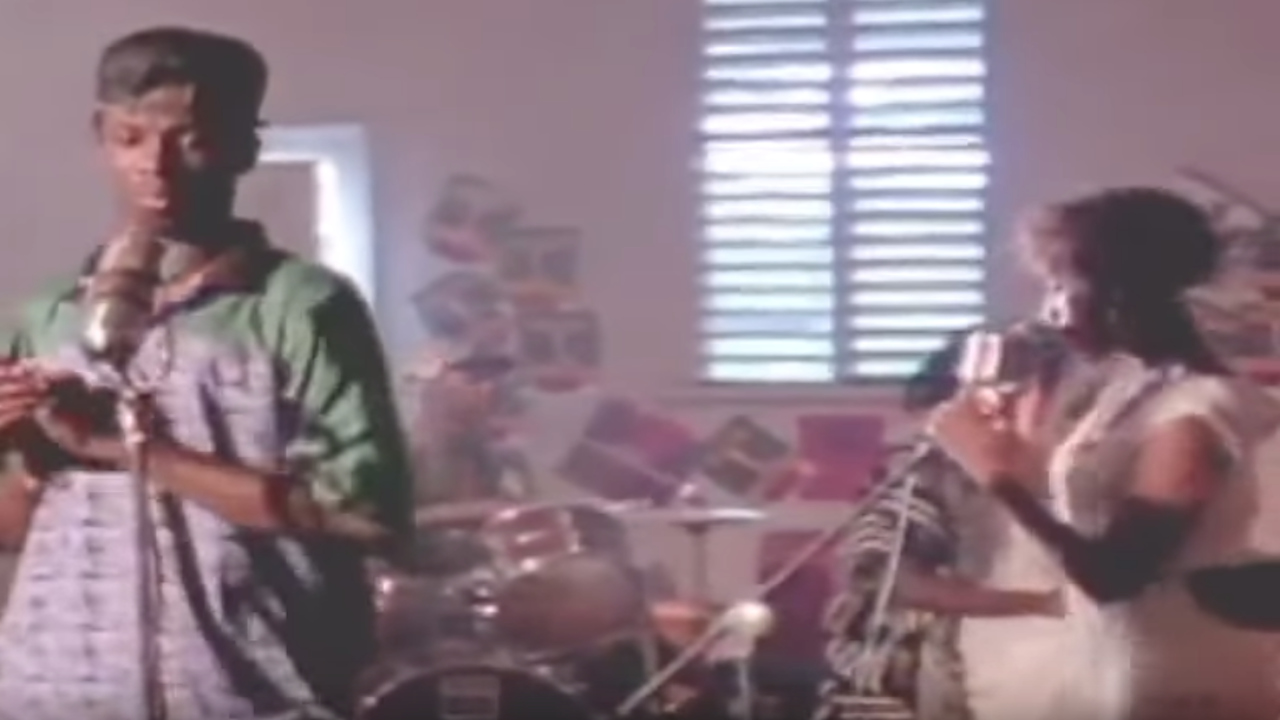 In this screen grab, Terror Fabulous is seen with Nadine Sutherland in the video for the mega-hit 'Action'.

"Music ah part of we from long time, since I was at Waterford School to Saint Catherine. From 9th, 10th, to 11th grade," the deejay who was born Cecil Campbell, said.

Once he left school, he showed early promise with his very first release, 'Dorothy', an ex-rated song on the Batty Rider rhythm, that cemented his place with Penthouse Studios.

"I buck up Dave Kelly at Penthouse Studios. I slept, record and wrote in the studio. Me, Buju, Wayne Wonder, Frankie Sly, Daddy Screw, Donovan Steele, Gary Minott, the whole a we you know, we were writing together," he said.

He walked into the annals of dancehall history as his voice dominated the rhythms pumped out by Kelly’s hit-making machine, Mad House label which had been established in 1991. With his clear, gravelly voiced delivery, he shadowed Buju Banton for much of the early 1990s, drawing comparisons with the 'Gargamel' on songs such as 'Mr Big Man' on the Bogle rhythm and 'Yu Di Money Spend Pon' on the Death in the Arena rhythm.

"Me and Buju Banton buck up at Penthouse together, he was a great deejay, me and him never have no negative vibes," he said.

By 1993, Terror Fabulous had become a household name and had begun to attract the attention of music bigwigs upstate, and he was signed to East West Records in the wake of the success around “Action".

Over the next seven years, he would pump out four albums: 'Gwaany Gwaany', the eponymous 'Terror Fabulous', 'Yagga Yagga' and 'Lyrically Rough' for John John Records.

However, by the turn of 1997, Terror Fabulous had vanished from Dave Kelly's roster, usurped by a new artiste, Baby Cham.

"Me and Dave Kelly nuh have nothing, mi woulda still record with him today," Terror Fabulous said.

After parting ways with Dave Kelly, Terror Fabulous continued to release records for the aforementioned producer 'John John' and ''Bobby Digital' but he would disappear from the dancehall circuit by the year 2000 as the world stood on the lip of the 21st century.

"Life happened...if there was a problem, we know how to solve them...there was really no problem, I just listen to the greats like Bob Marley and Leroy Smart, we just try to put our music around the greats like them," he said, almost whimsically.

Sunny disposition aside, as the years progressed, there were nonetheless a few hiccups along the way. In June 2012, the deejay  was convicted of malicious destruction of property in the Spanish Town Resident Magistrate's Court. He was sentenced to 90 days' hard labour, however, it was suspended for one year.

There has been no repeat of any brushes with the law.

"Music keep we focussed, everyday we do music, when we feel tired, mi rest and come back again, ah just music ah the mission," he said.

WHERE ARE THEY NOW: Mega Banton 'grateful' for career; new album soon

WHERE ARE THEY NOW: Little Lenny no longer bitter over music career

WHERE ARE THEY NOW: Tiger, what a hard cat fi dead!!!