Who does it best? Pepperpot 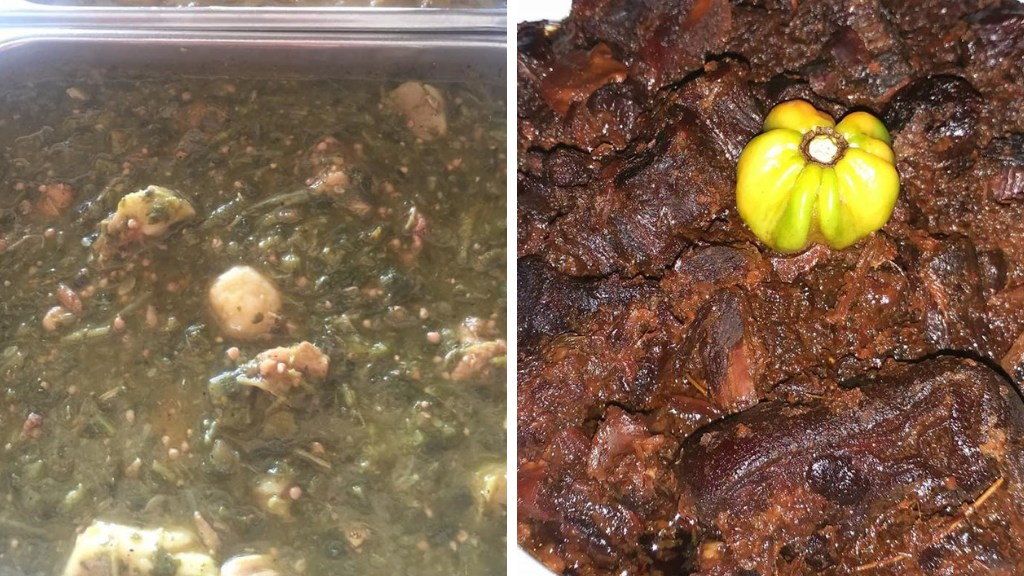 One of the things the Caribbean countries share is a fondness for the same types of food. Of course, the way the dishes are prepared differs from island to island but everyone lays claim to having the best. In this new series, we will look at some of the foods we have in common in the region and examine why it is considered the best in particular islands. Today we look at Pepperpot.

Pepperpot is the national dish of two countries, Guyana and Antigua.

In Guyana, the dish is influenced by the country’s indigenous people. The base of the dish is cassareep, a liquid made from cassava.

Cheryl McEachrane, a Guyanese woman living in Trinidad, explained to Loop that the cassava is grated and the liquid squeezed from it is boiled in a lengthy process to produce cassareep which is black in appearance and grainy.

Guyanese food enthusiast Andrea Bryan-Garner, warned, however, that the juice from bitter cassava is toxic unless you know what you are doing. She said the best cassareep is made by the Amerindians today who produce it to sell.

Pepperpot is a one-pot stew consisting of various meats. 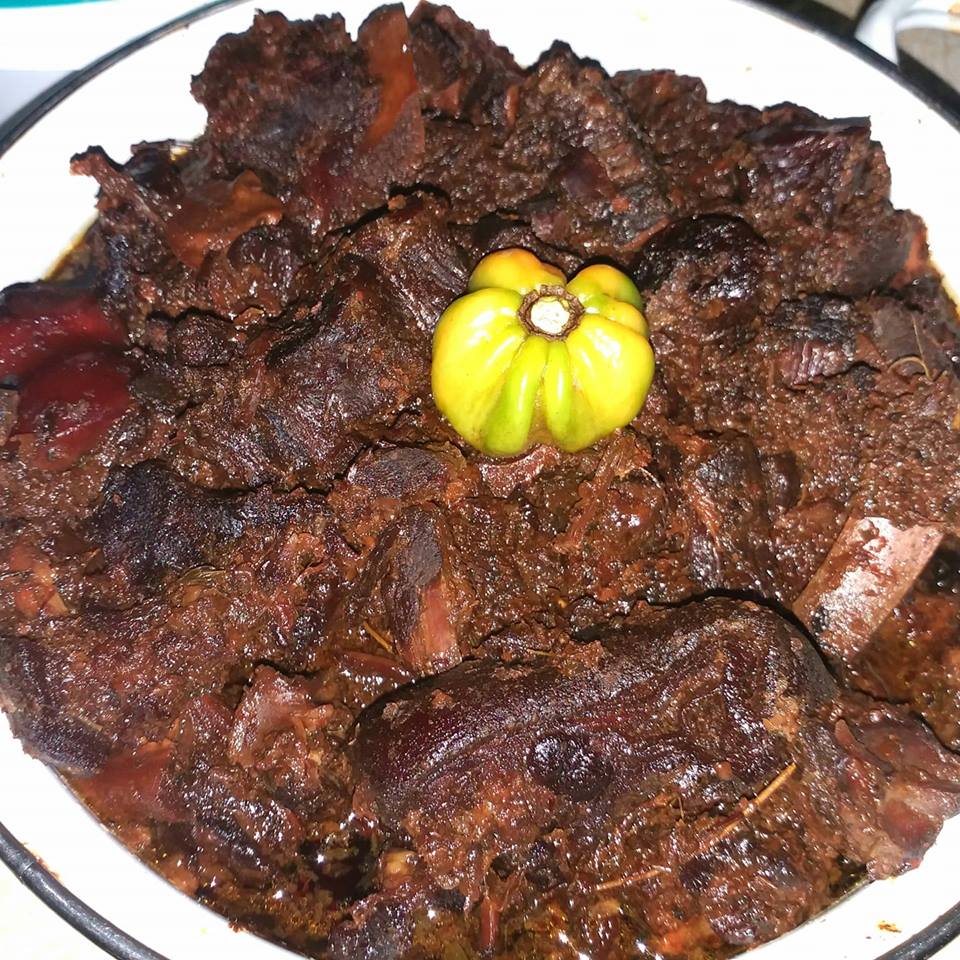 Explaining the process of making Pepperpot, McEachrane said you could only use heavy meats with cassareep such as beef, pork, oxtail, lamb and cowheel. Salted beef and pigtail could also be used. She likes to pressure cook her meats after leaving them to marinate in seasoning for a while. She uses green seasoning, salt, black pepper and garlic but warns that onion should not be used as it will make the food turn bad.

The meats they are placed in a pot with the cassareep and cooked for about 45 minutes or until they are tender. McEachrane said spice and cloves are added to the pot with fine leaf thyme and a whole pepper.

Since the cassareep is a preservative, Pepperpot can last for many days without refrigeration. You could just heat it up and eat as you desire.

Pepperpot, said Bryan-Garner, is a favourite dish at Christmas.

“Guyanese Pepperpot is our national dish and could be found in almost every household during the Christmas season. The aromas waft through your house and because of all the spices you know it's Christmas. Some of us cook it during the year as well. It's usually eaten for breakfast with homemade bread. Some also eat it for lunch with rice. Guyanese love rice,” she said.

Even though it shares the same name, Antigua and Barbuda’s Pepperpot is nothing like Guyana’s. 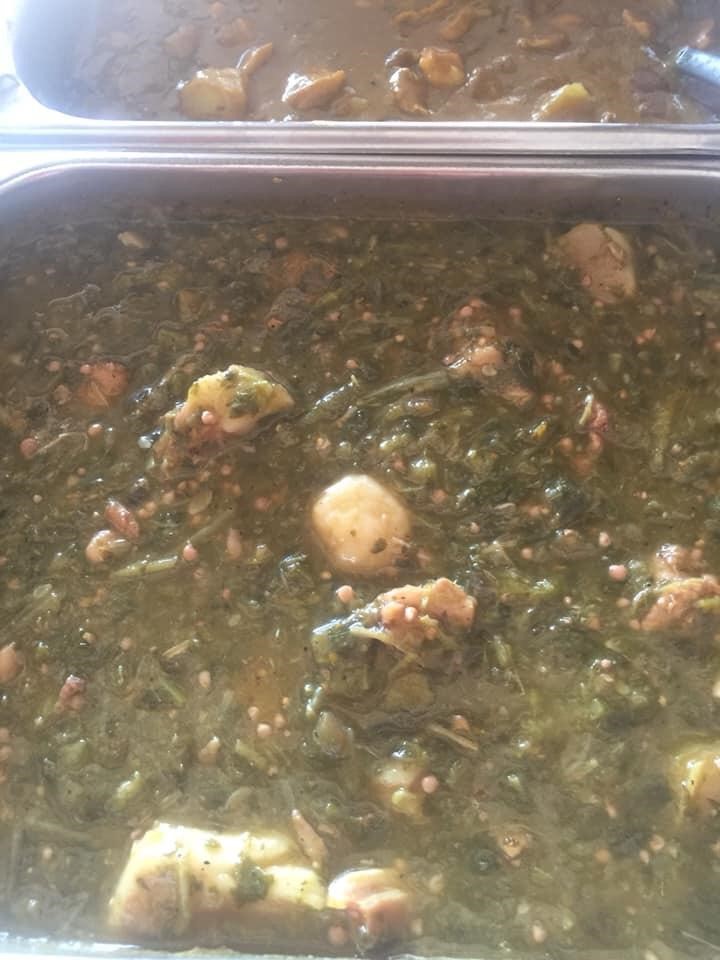 Yes, it is a one-pot dish as well but the Antiguan’s dish comprises mainly vegetables.

Latoya Carty, chef and owner of Latoya’s Local Cuisine in Antigua, described their Pepperpot to Loop.

“We use vegetables: Spinach, ochro, pumpkin, papaya, squash, antrobers (eggplant). You boil all of that together nicely. We use running spinach, which is lighter, and standing spinach,” she said.

When the vegetables are boiled, they are removed and the water they were boiled in kept in the pot.

Chicken is fried along with pickled meat such as salted beef, pigtail or smoked turkey. Once cooked the meats are placed in the vegetable water and cooked with dumplings. All of the vegetables are then added to the pot along with blackeye peas. Salt and black pepper are added for taste.

Carty said the dish, which she serves every Wednesday in her establishment, is eaten with a popular dish called Fungee, which is boiled cornmeal with ochro.

Clean the meat thoroughly. Put the heel or trotters in a covered pan with water to boil then skim. When half tender add other meat and hot water to cover. Add all other ingredients and simmer until meat is tender. Adjust flavour with salt and sugar. Note: This dish develops flavour when left over a period of days. If left un-refrigerated, it must be reheated to a boil every day.

Wash all leaves and vegetables in salted water. Place cut vegetables; eggplant, squash and leaves to soak in fresh water

Cook salted meat in water with no salt for 10 minutes. Remove and drain. Heat vegetable cooking oil. Add salt meats. Fry for about 15 minutes, add onions and fresh meats. Fry for another 5 minutes. Add all vegetables, except peas. Stir. Add just enough water to cover and cook the vegetables till tender. When the vegetables and meat are cooked, add the peas along with all seasonings. Allow all ingredients to simmer under low fire for approximately 15 minutes or until thick. Serve with okra fungee rolled in butter or margarine.

Who does it best? Oil Down