Who was Tavon Alleyne? 10 things about Rihanna's cousin who was killed 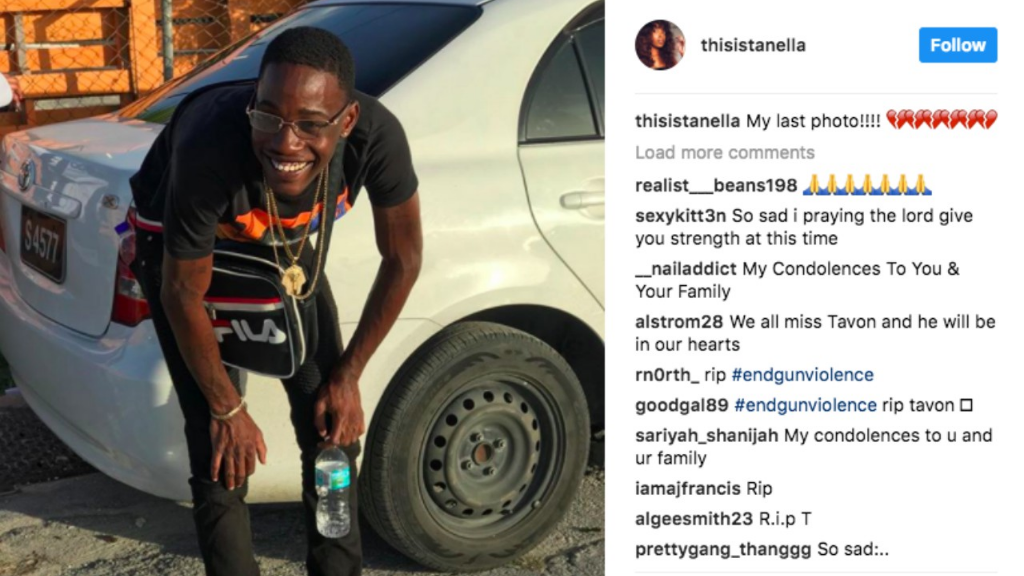 Tavon Alleyne spent his last moments with family and friends, never knowing that they were his last. However, he made them count.

Christmas means family for the Fentys, Brathwaites and Alleynes and they were very close over the holidays - opening gifts and partying at Rihanna’s brother, Rorrey Fenty’s cruise to name a few of their celebratory activities.

Rihanna's 21-year-old cousin was gunned down on the night of Boxing Day in Eden Lodge, St. Michael, Barbados. This news spread like wildfire, but here are 10 things you may not know about Tavon:

1. He went to St. Leonard’s Boys School. It is the only all-male public secondary school in Barbados. Then he transferred to the Barbados Seventh-day Adventist Secondary School.

2. His sister is Tanella Alleyne. Tanella’s twin died when she was 14-years-old.

3. Tavon was one year younger than his twin sisters.

4. Tavon could be seen many days in Swan Street, Bridgetown helping his dad sell clothes and shoes or helping out in his cousin’s store as well.

5. Tavon and his girlfriend were together two months or so but according to her mother, “They were really in love.”

6. His mother died when he was young.

7. Tavon was able to make his family members smile and laugh. His first cousin Nicola shared a video of him in her store and he had everyone cracking up.

He loved some foolishness hear

8. Rihanna and Tavon were close. In many photos she’s seen kissing his cheek or he is kissing hers.

10. According to his best friend @usually_rayven he was not fond of his middle name ‘Kaiseen’ but she liked the fact that both of their middle names begin with the letter K.

Tavon will be missed by his loved ones.