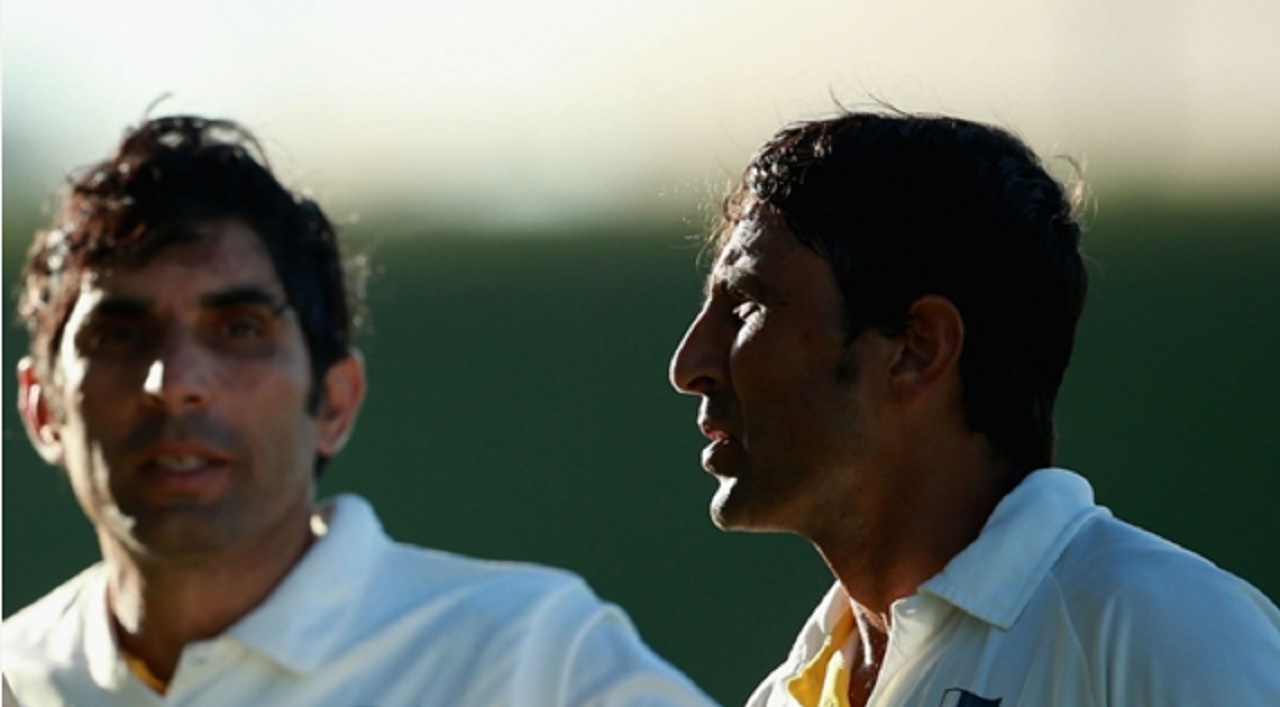 Roston Chase scored a magnificent century but it was all in vain as West Indies suffered a 101-run defeat against Pakistan in the series-deciding third Test at Windsor Park in Dominica on Sunday.

The match was heading to a draw but West Indies, set a victory target of 304, were finally dismissed for 202 when leg-spinner Yasir Shah removed Shannon Gabriel in the second to last over of day five.

Chase was left stranded on 101.

Pakistan won the three-match series 2-1, which means that Misbah-ul-Haq and Younis Khan ended their illustrious Pakistan careers with a historic Test series victory over West Indies.

Captain Misbah and veteran batsman Younis fittingly retired from international cricket on the back of Pakistan's first Test series triumph in the Caribbean following a gripping final day.

Yasir was unsurprisingly the Windies' tormentor in chief, taking five for 92, and debutant Hasan Ali finished with figures of three for 33 as the home side was bowled out with seven balls remaining in the match.

Chase was given three lives and looked to have denied the tourists with a defiant and skilful unbeaten 101 but a rush of blood to the head from Gabriel ensured the all-rounder's magnificent innings was in vain.

Younis and Misbah embraced after signing off with a 2-1 series win, which Pakistan achieved the hard way in the tensest of finales.

Kraigg Brathwaite gifted Yasir an early wicket on the final morning when he slapped a short ball straight to Hasan at point after the Windies resumed on seven for one.

Shimron Hetmyer was cleaned up by Mohammad Amir and Shai Hope was on his way when he was struck in front by a superb Hasan yorker, which swung in to strike him on the toe and make him the debutant's first Test victim.

West Indies were 76 for five when Yasir removed Vishaul Singh cheaply in the third over after lunch thanks to a sharp catch from the alert Babar Azam at short leg.

Yasir had a fourth wicket when umpire Bruce Oxenford raised his finger after Azam took another catch close in and Shane Dowrich failed with a review, with uncertainty over whether the ball made any contact with his bat.

Chase was undeterred, clattering Yasir for six over midwicket and finding the boundary in the same region two balls later before adding a half-century to the century he made in Barbados and 63 in the first Test.

Jason Holder provided excellent support for the confident Chase, both batsmen putting away the bad balls and showing defiance to guide the Windies to 146 for six at tea.

Hasan put down a difficult chance to see the back of Chase in the first over of a tense final session, but got the breakthrough by trapping Holder (22) leg before with a full toss.

The unflappable Chase cut Mohammad Abbas to the boundary to move into the 90s, but Pakistan needed only two wickets after the same bowler ended Devendra Bishoo's innings.

Hasan failed to take a tough opportunity off his own bowling to snare Chase, who had another life on 92 when he was caught at slip but Abbas overstepped.

The right-hander reached three figures in style with a glorious on-drive prior to Alzarri Joseph falling to Hasan, who was adamant that Gabriel edged him behind in the same over but there was no evidence to overturn Richard Illingworth's not out verdict.

Rain started to fall with the floodlights on and there was more drama when Gabriel was given out caught close in but the third umpire overturned the decision, only for the number 11 to try to take an almighty heave and play on to the spinner's last delivery.