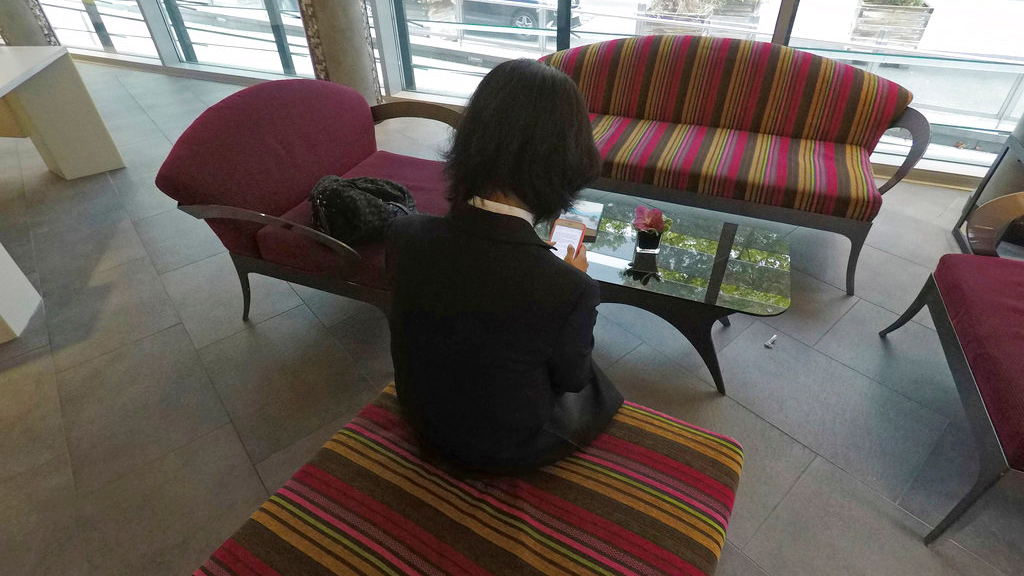 Grace Meng, the wife of missing Interpol President Meng Hongwei, who does not want her face shown, consults her mobile phone in the lobby of a hotel in Lyon, central France, where the police agency is based, on Sunday Oct. 7, 2018.

The wife of the missing president of Interpol said Sunday her husband sent her an image of a knife before he disappeared during a trip to China, a symbol she took as his way of telling her he was in danger.

Meng Hongwei wife, Grace Meng, related her fears for her husband less than an hour before the disciplinary organ of China's ruling Communist Party said he was under investigation on suspicion of unspecified legal violations.

Meng is a senior security official in China as well as the head of Interpol.

He is "suspected of violating the law and is currently under the monitoring and investigation" of China's new anti-corruption body, the National Supervision Commission, the party's watchdog for graft and political disloyalty said on its website.

Speaking to reporters in the French city of Lyon, Grace Meng said she hadn't heard from her husband since Sept. 25. He sent her the knife image that day, four minutes after he sent a message saying, "Wait for my call."

Asked if she believed that he has been arrested, she said: "In China, what happened, I'm not sure."

She read a statement during her press conference in Lyon, but would not allow reporters to show her face, saying she feared for her own safety and the safety of her two children.

She said she was taking the unusual step of speaking out because she felt a greater responsibility.

"From now on, I have gone from sorrow and fear to the pursuit of truth, justice and responsibility toward history," she said. "For the husband whom I deeply love, for my young children, for the people of my motherland, for all the wives and children's husbands and fathers to no longer disappear."

Meng is China's vice minister of public as well as president of the International Criminal Police Organization. The Lyon-based international police agency said Saturday it has used law enforcement channels to inquire with China about Meng's status.

China says retaliation ready if US tariffs go ahead