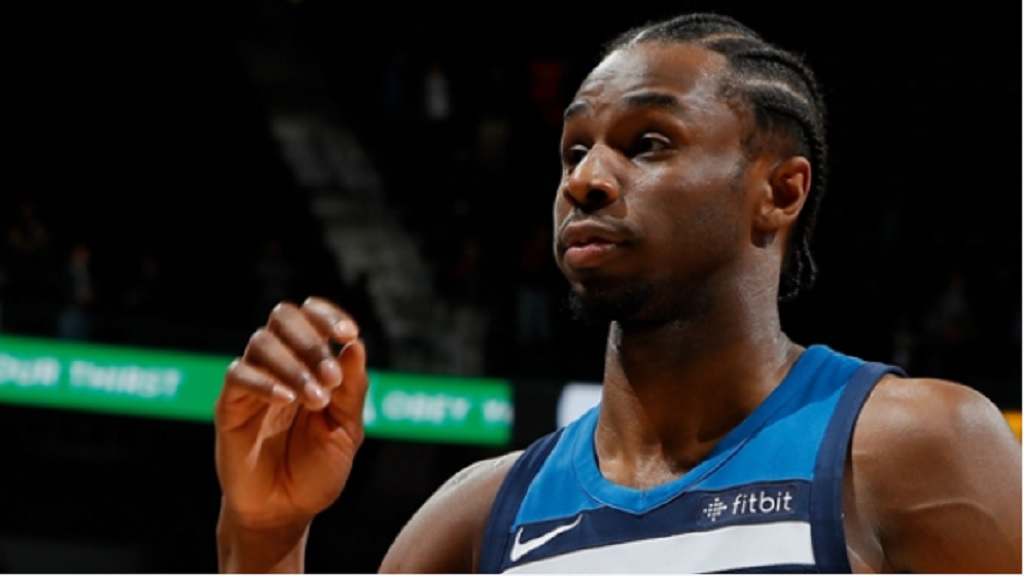 Andrew Wiggins inspired the Minnesota Timberwolves to a win over the Oklahoma City Thunder on Tuesday.

The Timberwolves travelled to Oklahoma City and handed the Thunder a 119-117 loss.

Russell Westbrook, Paul George and Steven Adams all totalled more than 20 points for the Thunder but they could not will themselves past a streaking Wiggins, who recorded a game-high 40 points on 11-of-24 shooting. He also grabbed 10 rebounds.

Karl-Anthony Towns chipped in 20 points and nine rebounds of his own for Minnesota.

The win was the first for new Timberwolves coach Ryan Saunders, who took over after the team fired Tom Thibodeau on Sunday.

The Thunder dropped to 25-15 while the Timberwolves improved to 20-21.

Nikola Jokic had a triple-double in a 103-99 win for the Nuggets against the Heat. He recorded 29 points, 11 rebounds and 10 assists.

Landry Shamet scored a career-high 29 points and made eight three-pointers for the 76ers in a 132-115 win over the Wizards.

Klay Thompson erupted for 43 points on 18-of-29 shooting in a 122-95 victory for the Warriors over the Knicks.

Stephen Curry tallied 14 points but shot just five of 19 from the field.

Bogdan Bogdanovic scored seven points on three-of-11 shooting as the Kings fell to the Suns 115-111.

Houston have been one of the toughest teams to beat, especially at home. Milwaukee will have to step into the Toyota Center and top a Rockets team that have won their past 10 home games. Giannis Antetokounmpo and James Harden will be looking to lead their respective sides to victory.