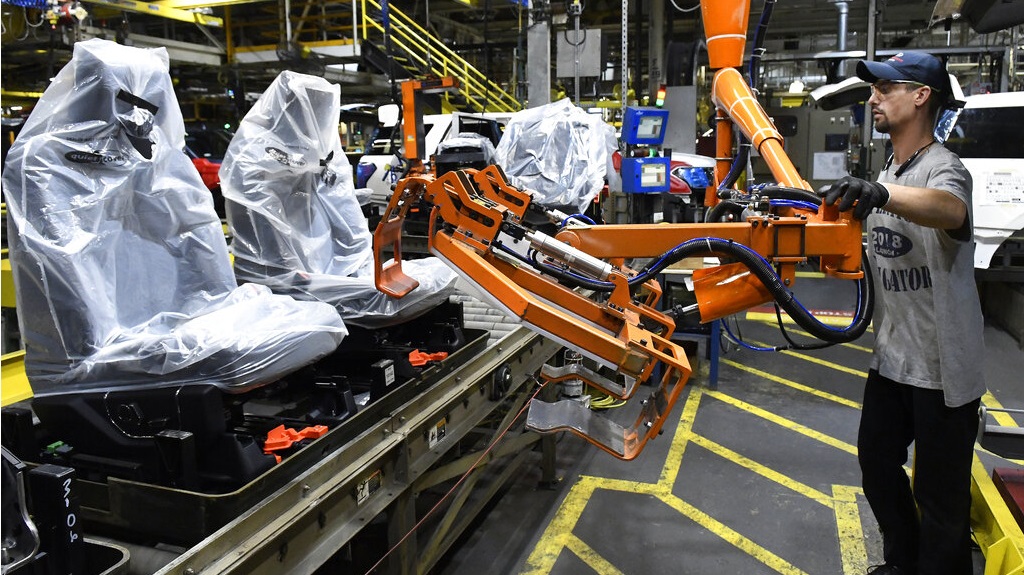 The World Bank on Tuesday downgraded its forecast for the global economy in light of trade conflicts, financial strains and unexpectedly sharp slowdowns in wealthier countries.

The bank, an anti-poverty agency, expects the world economy to grow 2.6% this year. That would be the slowest calendar-year growth since 2016, and it is down from the 2.9% expansion the agency forecast in January.

The World Bank downgraded every major region of the world, though it kept its 2019 forecast for U.S. growth at 2.5%. In the 19 countries that use the euro currency, growth is forecast to slow to 1.2%, down from 1.8% last year and the 1.6% the World Bank expected in January.

Slowed by the Trump administration's trade war with China, global trade is expected to expand just 2.6% this year, the weakest pace since the 2008 financial crisis.

The Trump administration and Beijing have imposed tariffs on hundreds of billions of dollars of each other's imports in a clash over China's aggressive drive to overtake American technological dominance. Their showdown has generated uncertainty for businesses that must decide whether and where to make investments, buy supplies and establish factories.

"We are not pushing the panic button yet," said Ayhan Kose, a World Bank economist. "But we are sending a message" of a possibly deeper slowdown if trade hostilities persist.

"This is high time for policymakers to find ways to resolve their differences," Kose said.

China, the world's second-largest economy after the United States, is forecast to grow 6.2%, which would be its weakest performance since 1990, when it was enduring the aftermath of a violent crackdown on pro-democracy protesters at Tiananmen Square.

The Japanese economy is predicted to eke out 0.8% growth, same as last year.

Some developing world countries are contending with financial stress. Turkey's economy is expected to contract 1% and Argentina's 1.2%.

Italy slips into recession and weighs on eurozone economy