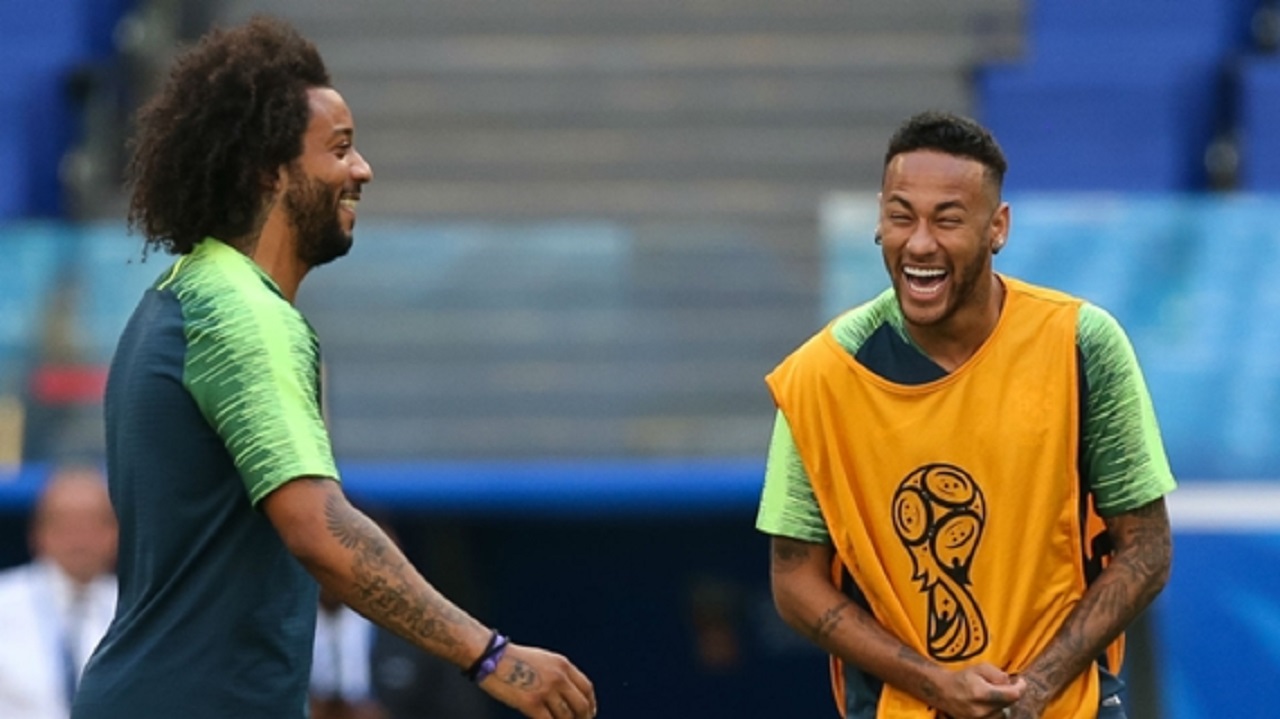 Brazil coach Tite has made two changes from the team that beat Mexico for the World Cup quarterfinal match against Belgium at Kazan Arena.

Marcelo has recovered from a back injury to take his place at left back in favor of Filipe Luis and Casemiro's absence through suspension has given given Manchester City midfielder Fernandinho a start.

Belgium coach Roberto Martinez has brought Marouane Fellaini and Nacer Chadli into the starting lineup in place of Yannick Carrasco and Dries Mertens.

The two players played big roles in Belgium's comeback win over Japan in the round of 16, both scoring in the team's 3-2 victory. Chadli scored the winner in the final seconds of the match following a thrilling counterattack.

The changes suggest that Belgium is likely to play a more direct approach as it tries to make the semifinals of the World Cup for the first time since 1986. The winner in Kazan will meet France in the semifinals.