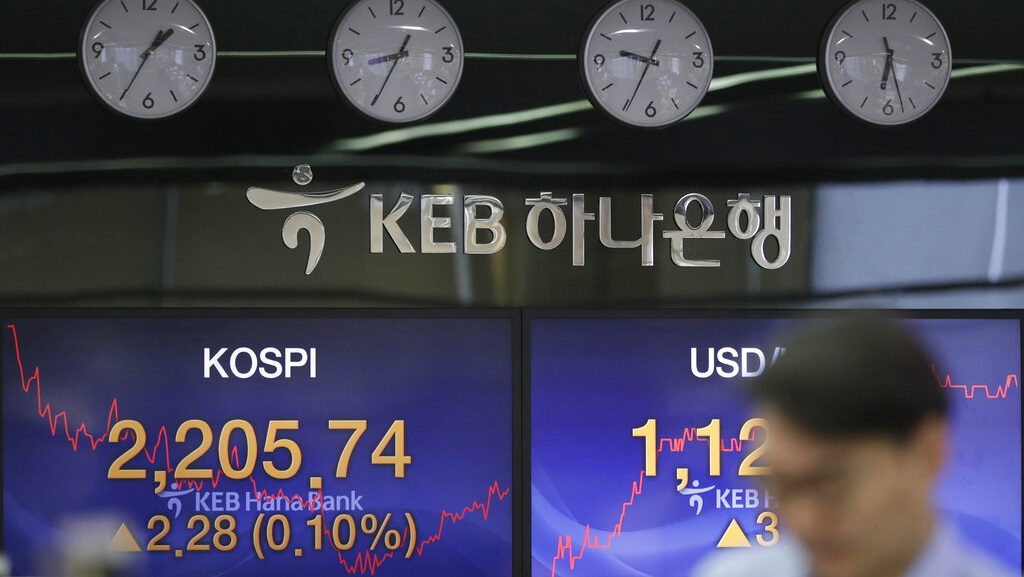 World stocks were mostly lower on Thursday ahead of the European Commission's economic forecasts.

Germany reported its industrial production slipped 0.4 percent in December from the previous month, way below the 0.9 percent gain analysts had expected. The latest data follows a 1.6 percent decline in factory orders in December compared with a month earlier, raising fears Europe's largest economy is slowing.

News that the Reserve Bank of Australia may cut interest rates boosted several Asian indexes. The Philippine central bank kept its rates intact after a meeting on Thursday, but India's central bank issued a surprise rate cut and changed its stance from "calibrated tightening" to neutral.

When borrowing is made less expensive, the increase in spending by businesses and consumers could give the economy boost. The Bank of England is expected to announce it is keeping its policy rate unchanged in an announcement later Thursday.

Japan's Nikkei 225 dropped 0.6 percent to 20,751.28 on concerns over U.S.-China relations. U.S. Treasury Secretary Stephen Mnuchin and trade representative Robert Lighthizer will lead a delegation to Beijing next week for the next round of trade talks, but the issues at hand are complex.

These include contentious issues like Beijing's technology policy and trade practices, where progress has been limited so far.

Mnuchin also said that there were no plans for President Donald Trump to meet Chinese leader Xi Jinping. "If there are remaining issues that we can't get closed, I think President Trump expects that he's going to sit down with President Xi and address those issues," he said.

Venezuela's political fight could snarl rush to ship aid in

Trump predicts all IS territory will be cleared next week