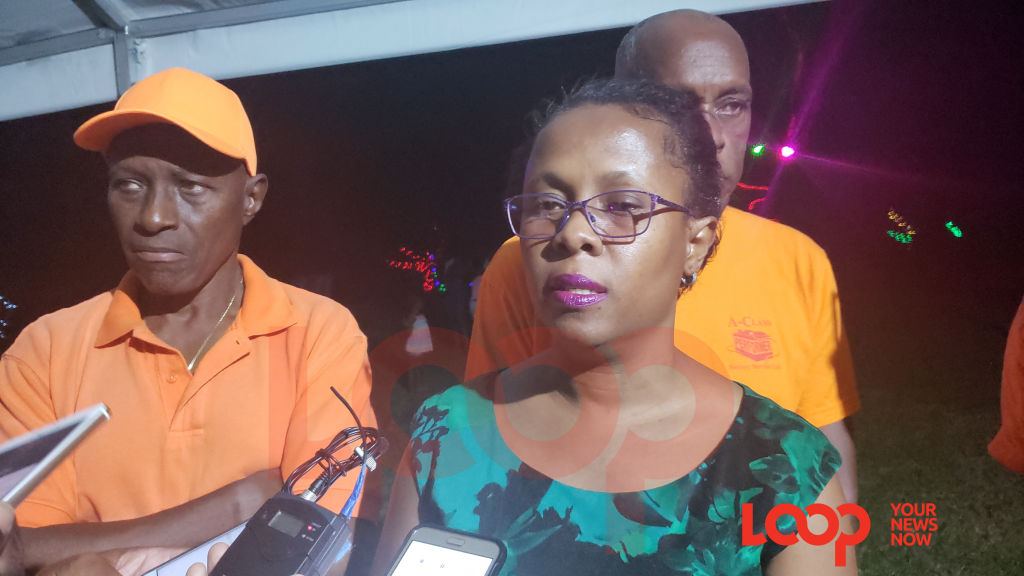 Dr Sonia Browne is worried about going back to the parliament buildings in Bridgetown.

Standing before about 100 members of her St Philip North constituency and media personnel, Dr Sonia Browne disclosed to the public the reason why she has been absent from the House of Parliament during recent debates, stating that it has been due to sick building syndrome.

The doctor now becoming the patient, Browne said that she once lent a listening but tentative ear to persons crying out and complaining about 'sick buildings', but now she herself is singing from that same hymn sheet after personal experience.

"I want to use this time to explain briefly my absence in parliament where some may have noticed. This is because of illness, partly due to the environment in parliament."

Not seeking to stir alarm, she quickly added, "I'm assured by my government that they are working assiduously to correct the problem. In the meantime, I will not be able to go in."

They say doctors make the worse patients, and with a small smile, she confessed, "I now get to feel what it feels like to be a patient which is some times unusual for a doctor. I can relate now to the so-called sick building syndrome which I may have doubted, but it hit me in the face like, [I] can't describe it."

To the media after Bayley's Primary cricket captain Damarko Wiggins flicked the switch to brighten Three Houses Park with numerous Christmas lights, Dr Browne further explained how traumatically her life has been impacted.

She shared that twice she ended up in Casualty and is on medication for at least the next two years. She says that she needs a lot of assistance on a daily basis and thanked her family, friends and Branch members for stepping up and supporting her without hesitation.

Asked if she is afraid to return, she told Loop News, "I'm worried."

Responding to the question of if any alternatives have been proposed, she said not to date as yet but with the Christmas break for sittings soon here, she will get a break and hopes that some options will open up before Estimates because her concern is her constituents and she has much to table on their behalf.

When pressed by one journalist about whether her absence was in any way due to any rifts within the Party, she asserted it was because of her illness and stressed, "I miss speaking in parliament. I miss making my contributions. I will have to find a way to do so but let it be known that I'm still working on the outside. I'm doing everything outside of the building. I'm still seeing constituency members at my office at Blade's Hill and at Coles, so the work still goes on...

"I've been ill, to be honest, fairly ill...I have not been running away, at all."

It has been about six weeks now that Dr Brrowne has been out of parliament.

The parliament buildings were built back between 1870 and 1874 and are part of Barbados; UNESCO-inscribed site Bridgetown and its Historic Garrison.