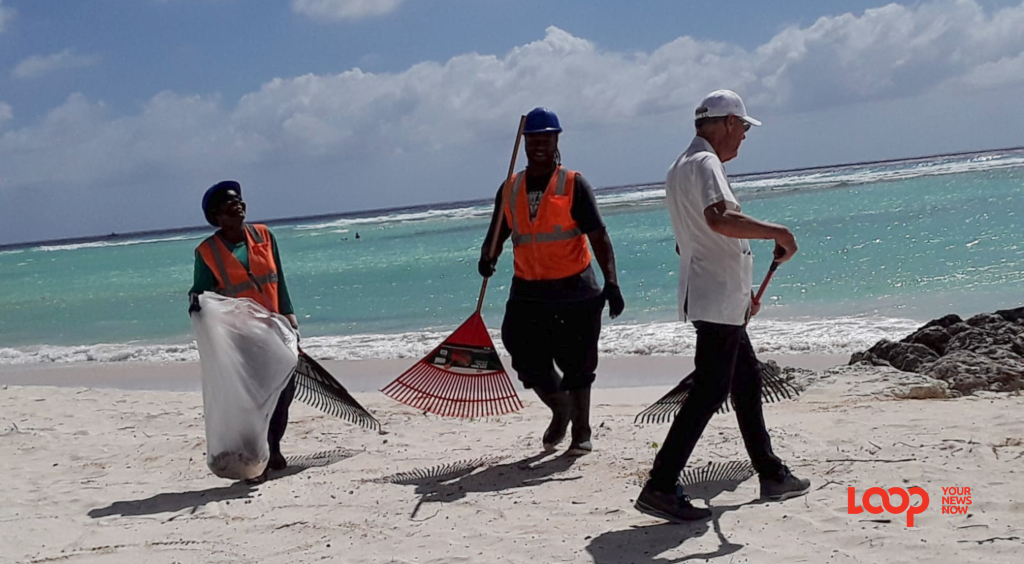 The re-opening of Worthing Beach for Christmas Day 2018 has been welcomed by many since they can now ply their trade at the location once again, but some businesses are still citing issues that need to be rectified.

The six-month closure of the beach in Christ Church was for many a heavy blow to employer's and employee's pockets with some reporting layoffs and others have outstanding bills with arrears that they must now pay.

When Loop News visited the area yesterday, Friday, December 28, it was rather quiet with a trickle of tourists relaxing and enjoying the scenery, but even the few were an improvement when compared to prior days, weeks and months when the beach was closed.

Michael O’Dowd, beach vendor says for the past 21 years he has been renting chairs and the past six months have been his worst in business. He says although ships come into Barbados, because of the beach conditions none came to that beach and so his chairs were piled up and not being rented.  “No tour buses or taxis stopped here once,” a rather despondent O’Dowd said.

What was evident is that O’Dowd, co-owner of Carib Beach Bar - Jason Hyndman and Owner of Crystal Waters Beach Bar - Debbie Watkins, all found out about the reopening of the beach on social media, none had anything official that it will be reopened.

But Watkins said she is very happy that they can again operate their businesses. She dubbed the reopening which took place on Christmas Eve, her greatest Christmas gift.

She lashed out at those who on social media are saying the beach is not safe to swim in. “I went to the beach this morning and took my grandkids with me,” she said showing off herself in her swim attire. According to Watkins, there has been transparency on how the situation was being dealt with, as she disclosed that the parliamentary representative Ralph Thorne kept in contact with her about the developments.

Hyndman said he was also elated with the reopening. He has been running Carib Beach Bar from the first week in August, not too long after he had to lay off some staff. He is now hopeful that he will be able to rehire them and others and pay some of his accumulated bills.

However, he too was concerned that many may still have a stigma about the beach. He was taken aback that it was via social media also that he found out that the beach would have been reopened.

Yesterday members of Ralph 'Bizzy' Williams-owned Sustainable Barbados Recycling Centre (SBRC), along with the owner himself, were seen cleaning the beach - removing debris and garbage.

New sewage plant in the works on South Coast