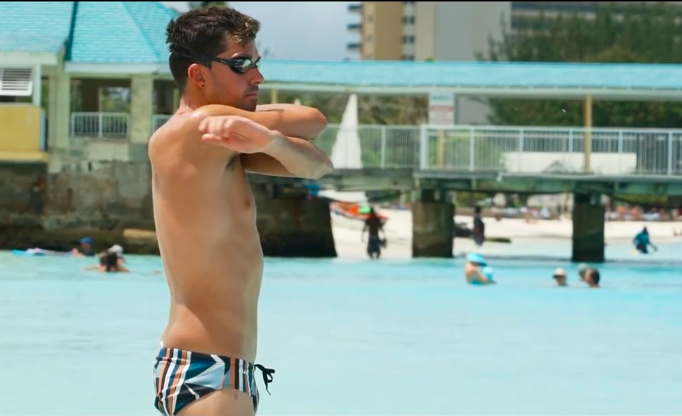 Barbados triathlete Matthew Wright loves his island home and while for many according to him "it's just sun, sand and rum punch", for him for it's one amazing training ground.

To show how he feels about the Gem of the Caribbean, the Land of Flying Fish and Cou Cou, he made a 4:28-long video and posted in on Facebook to share with the world.

In less than a week, the video titled 'Barbados through my eyes' has amassed over 13 000 views and with each comment, he admitted that he's feeling the support and appreciates it all.

Wright's plan is to work over the next two years to see how far he can go with his biggest dream being to compete in the triathlon event at the 2020 Olympic Games in Tokyo.

Training for 20-25 hours weekly comprising 20 to 25 km of swimming, 300 km of running and between 40 to 50 km of running, Wright is just pleased to see himself improving "day in and day out". He said, "it is really very, very satisfying."

In the video, like an ambassador for his country, he not only shows the Barbados flag, but he shows where he trains including swimming in the crystal clear waters of Carlisle Bay with the fish, sea turtles and even stingrays. He shows himself running along the South coast along the Richard Haynes boardwalk and at the UNESCO inscribed Historic Garrison Savannah. Then he can be seen riding in Scotland District over some Barbados' steepest hills and there's even a shot of him riding uphill past the Morgan Lewis Windmill, which is the last of the many Barbadian windmills once used to produce sugar, and one of only two functioning sugar windmills in the world.