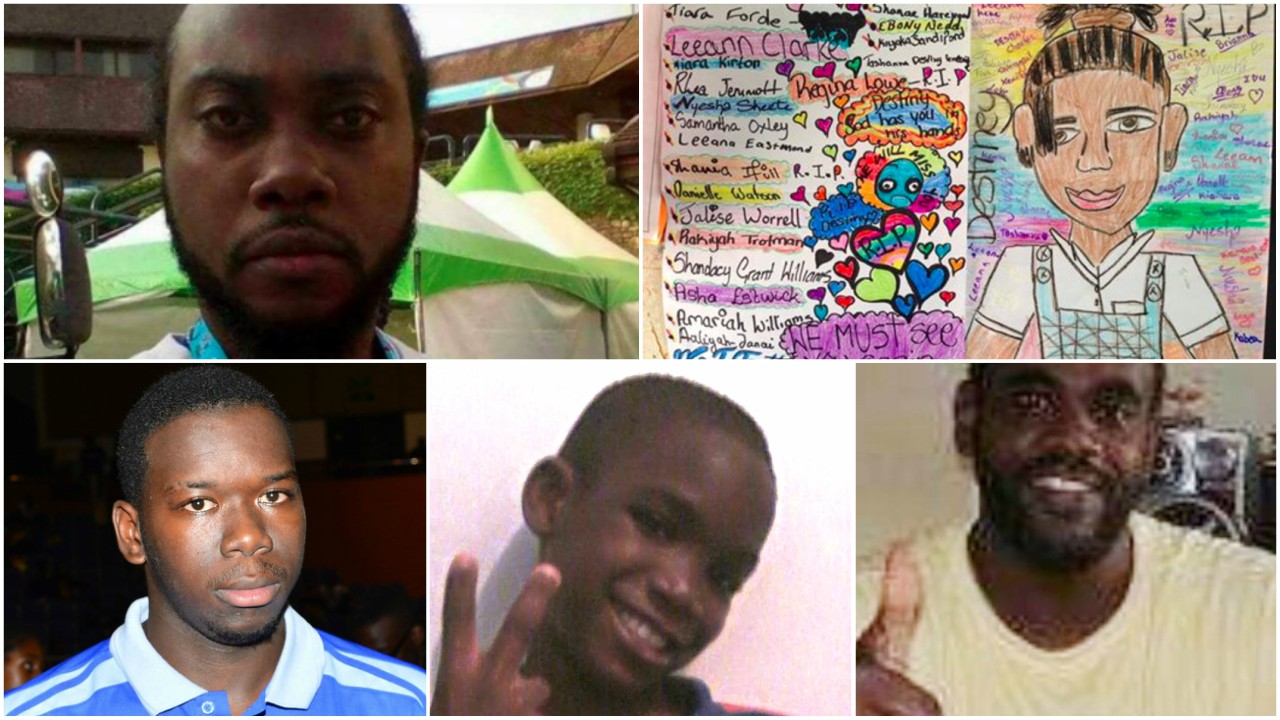 May they rest in peace.

Families and friends of 28 persons were thrown into grief during the year of 2017 when they learned that a vehicular accident had snatched a loved one from their lives forever.

Twenty-eight fatal accidents make 2017 the year with the second highest number of deaths on our roads for the past decade. In 2007, 38 deaths were recorded, however, that year included the Joe’s River Forest mass casualty incident. In 2012, Barbados also recorded a high of 28 road fatalities.

President of the Barbados Road Safety Association, Sharmane Roland-Bowen spoke to Loop News today. Saddened she said that she wants each driver and every passenger to accept responsibility for their lives and the lives of others by driving with due care and attention every time.

“Do not drive after drinking, forget about speeding - speeding means death. Don’t drive too fast for the conditions. No excessive speed!”

With today being the last day of 2017, as persons look to enjoy Old Year’s Night festivities, she urged:

“I want to appeal to persons, party safely, whether partying or going to church, you don’t have to be drinking or speeding. Be vigilant because people always tend to do the wrong thing, so safeguard yourself.

“Passengers take responsibility. Do not get in a vehicle with someone who was drinking, no matter how desperate you are to get home; they may be impaired. Find safe transportation home, don’t gamble with your lives!”

1. Motorcyclist Robert Hollingsworth, 35, died after a collision with a minibus on the 23rd.

2. After being involved in a car crash on the 24th, Adrian Goddard, 37 years, passed away at the hospital a week later.

3-6. A fatal accident occurred around 3:00 am on Sunday, January 29, 2017, along the Graeme Hall section of the ABC highway, opposite the exit of the Ministry of Agriculture, which resulted in the death of four persons, and injury to at least six persons.

8. A serious accident occurred around 11:30 pm on Friday, February 10, 2017, along Green Hill, St. Michael. The 72-year-old Greaves was the driver of a motor car which was involved in a collision with another motor car being driven by Richard Leacock 45 years of Block 5, Silver Hill, Christ Church.

Both Greaves and Leacock were transported to the Queen Elizabeth Hospital (QEH) by ambulance with Leacock complaining for pain to his left side, and Greaves for pain to his neck. Leacock was subsequently treated and discharged, whilst Greaves succumbed to his injuries on Sunday, February 12, 2017.

9. 12-year-old Destiny Thompson was struck while crossing the road on the 15th in Boarded Hall. She was a student of Springer Memorial Secondary School.

10. A single-vehicle accident which occurred sometime around 3:40 am on Saturday, February18, 2017, along Watts Village, St. George, resulted in the death of Avril Denise Sue, 37 years of Clevedale Road, Black Rock, St. Michael.

11. Anderson Orlando Grandison of Bayville, St. Michael, was riding his bicycle along Culloden Road around 8:05 p.m. last night (February 23) when he became involved in a collision with a motor car being driven by Joy-Anne Roberts 39 years of Deighton Road, St. Michael. Grandison died at the scene.

12. An accident occurred sometime around 9:00 pm on Sunday, March 5, 2017, along Westmoreland Road, St. James, which resulted in the death of Anderson Dacosta Joseph 48 years of Westmoreland, St. James

14. A five-vehicle collision claimed the life of 49-year-old Clifford Sherlock Bridgeman, a police officer with 27 years’ experience. Station Sergeant Bridgeman died on the spot after a motor car collided with the police motor van in which he was a passenger, which was stationary at the junction of Edgecumbe Hill, and Carrington Road St. Philip. Sometime after 6:00 pm on Sunday, March 26, 2017.

15. Evelyn Headley was the passenger in a vehicle which got into an accident down Haywoods Road, St. Peter on April 26. She passed away days later on April 30, 2017. The mother of five was loved dearly by her daughters. She was late of Thorpes Avenue 1, St. James.

16. A 43-year-old woman became the island’s latest road fatality after she lost control of the motorcycle she was riding. According to police, Toni Barrow of Spooners Hill, St. Michael died at the scene after colliding with an embankment along Barbarees Hill Road, St. Michael. The accident occurred around 10:45 a.m. on May 1.

17. David Ronnie Arthur, 49 years of Stadium Road, Bush Hall, St. Michael, a pedal cyclist, died after being involved in a collision with a motor truck sometime around 8:00 pm. On Sunday, May 7, 2017, whilst along Bank Hall Main Road, St. Michael.

18. When two motor lorries collided along the Westmoreland section of the Ronald Mapp Highway around 11:00 a.m. Wednesday, July 12, one subsequently struck a 61-year-old woman who was standing at the side of the road. The deceased was Mary Downes of Westmoreland, St. James. She died at the scene.

20. Sometime after 1:00 p.m. a fatal collision occurred at Salters Road, St. Michael involving a minibus and two cars on September 11, 2017. The incident resulted in the death of a 70-year-old man from Christ Church, as well as injuries to five minibus passengers. The victim was Purshothamdos Samtani.

21. Sixty-eight-year-old Wilson Brathwaite, a pedestrian, died at the junction of St. Martin’s Road with Harlington Road, St. Philip, on September 20, 2017.

23. Sometime around 11:20 pm on Friday, October 6, 2017, along Oistins Road, Christ Church, at its junction with Pegwell Road, an accident occurred which resulted in the death of David Taylor, 61 years of No Fixed Place of abode.

24. Young volleyball player Shamar Bishop was the driver of a vehicle along Maxwell Coast Road, Christ Church when he got into a fatal accident. He was 20-year-old.

25. On Saturday, October 21, 2017, along the Arch Hall Section, of the Ronald Mapp Highway, in the area of the Lawrence Johnson roundabout, two female pedestrians in their mid-fifties were struck by a car. The accident resulted in the death of June Sonia Knight, of Grazettes New Road, St. Michael, and injuries to Yolande Alleyne of Clear View, St. James.

26. An accident around 5:35 am, on Saturday, November 4, 2017, along Pleasant Hall Road, St. Peter, at its junction with the Charles Duncan O’Neal highway claimed the life of 78-year-old Bentley DeCoursey Belgrave, a Barbadian, who resides in the United States of America (USA). He was the passenger in a motor car being driven by his brother-in-law.

27. Sunday, December 3, 2017, around 4:45 am, an accident occurred along My Lords Hill, St. Michael, which resulted in the death of Amanda Danielle Byer, 31 years of Coral land, Haggatt Hall, St. Michael.

28. Around 4:05 pm, on Friday, December 29, 2017, along the Barrow Section of the ABC Highway, between the Norman Niles and Clyde Walcott roundabouts, an accident occurred involving a motor van, and two motorcyclists, which resulted in the death of Damien Jason Anton Taylor, 35 years, of #34 Durants, Christ Church.

Loop News extends condolences and deepest sympathy to each family.

[Editor's Note: Originally, this article read that there were no accidents in the month of April, however one accident occurred. It was previously included in the accidents which occurred in May.]