Year In Review: Final farewells for 2018 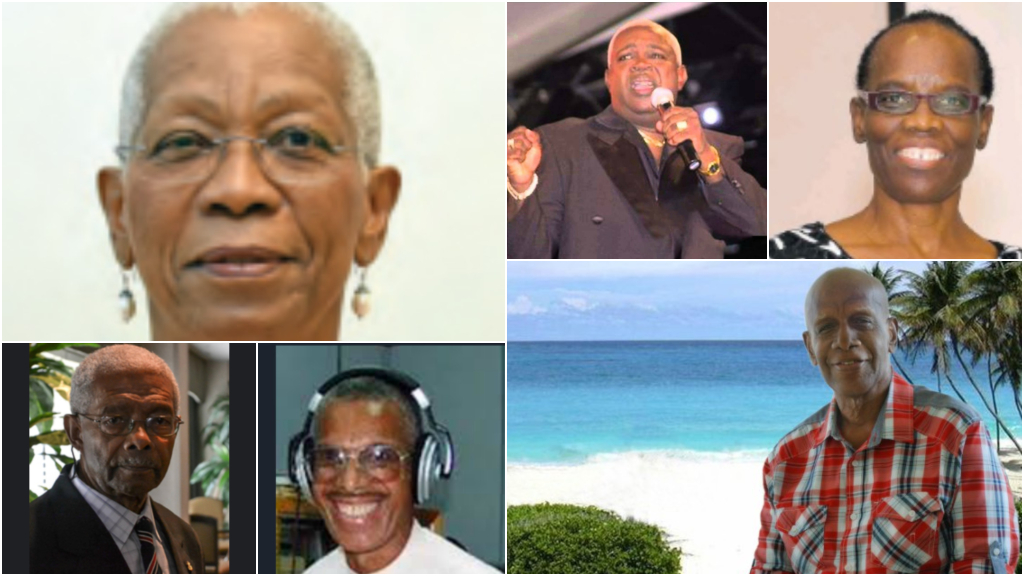 Our condolences to the family and friends of those who lost loved ones during 2018.

Barbados said farewell to a number of distinguished citizens this year.

While these persons may no longer be with us, they have each left a legacy that will live on through the lives they touched and the contributions they have made.

One of Barbados’ media stalwarts signed out for the final time on April 12, leaving the media fraternity in a state of sadness.

"Victor ‘Buddy Boy’ Brewster was a pioneer in radio, being one of the first operators as they were called back in the 1960s, to have graced the airwaves when the Caribbean Broadcasting Corporation launched the island’s first wireless radio station, CBC 900am.  He from there became a household name and that signature voice was one that left an indelible mark on the people of Barbados.

Minister of Creative Economy, Culture and Sports, John King, was among those who paid tribute to Romeo, describing him as “one of the great pioneers of calypso in Barbados”.

"I think that when the historians begin to write, that his name will be mentioned in a good place as one of the pioneers, but also if you study his work, some of the things that he sang, he used Barbadian dialect well, he used Barbadian sayings, Romeo was such a gem,” the MInister said.

The Queen’s Counsel and former President of the Senate acted as Governor General on a number of occasions and also served the nation through journalism, as Chairman of the Nation Group of Companies.

Prime Minister Mia Mottley was among those who paid tribute to Sir Fred.

Former Cabinet Secretary and Head of the Barbados Public Service Avril Gollop, passed away on July 25.

Prime Minister Mia Mottley hailed Gollop, who was Barbados' first female Cabinet Secretary, as "a lady of many firsts":

Members of the Barbados Postal Service were thrown into mourning on August 13, following the death of Postmaster General Margaret Ashby.

Ashby was seen as one who motivated the postal workers to always keep raising their standards to be competitive on the international market, with coworkers describing her as a "visionary".

Barbados loss a cultural icon on December 9, when Andrea Gollop-Greenidge passed away.

Prime Minister Mia Mottley was among those who paid tribute to the actress who "symbolized all things authentically Bajan in the performing arts, especially theatre".

"On behalf of the people of Barbados and on behalf of my family, I say thank you to Andrea Gollop for her devotion to theatre and to Barbados. We thank her for the many hours of joy she brought to so many with her performances and for her wonderful wit. She has left an indelible mark on our national stage."

The entertainment fraternity was once again left to mourn when Don ‘Sir Don' Marshall passed away on December 13.

The National Cultural Foundation paid tribute to the calypsonian who it said had " the gift of language, telling stories in the calypso idiom, cleverly weaving words into biting and often humourous lyrics":

"His charm and wit were legendary and he would deliver the most hilarious of quips with nothing more than a quiet chuckle while the others were bent over with peals of laughter. He was a man of deep and abiding faith who loved life and his country, his family, calypso and the Combermere School in particular."

Major Courtenay Averill McConney B.S.A OSt.J ED, received many awards during his distinguished military career and passed away on December 27 at the age of 90.

He was a member of the Barbados Regiment, St. John Ambulance Brigade, Barbados Legion, The Royal Commonwealth Society, MESA, Lodge Unity 1625, Rose Croix No. 1097 and the St. Barnabas Church.

The former aide-de-camp to both Governors and Governor Generals of Barbados will be laid to rest on Saturday, January 5, 2019.

Year in Review: celebrities and notable figures we lost in 2018

Year In Review: Farewell to those we lost in 2017