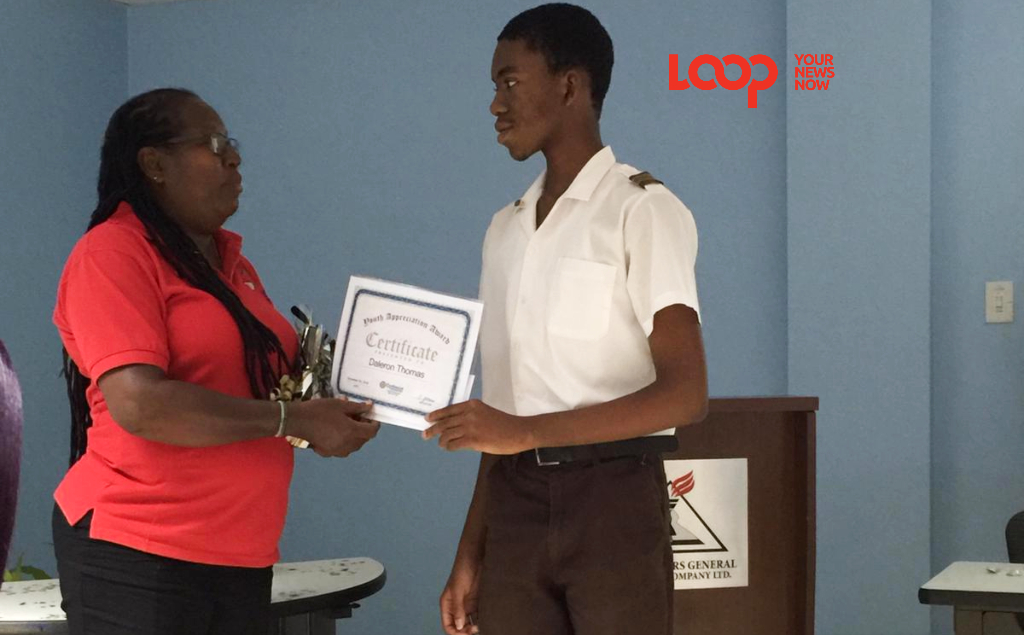 There are four more awardees added to list of the Optimist Youth Appreciation Awards recipients. But the only male on this updated list has captured the hearts of the United Generation Optimist Club of Barbados and the wider Barbadian population.

The 16-year-old Frederick Smith Secondary student is the perfect representation of not letting the odds define you. His innovations are an inspiration to us all.

Daleron Thomas recalls being three years old and owning a pair of sneakers that would ‘light up’ when he walked which he cherished dearly. Unfortunately, one day the lights stopped working but this sparked an idea in Daleron to get them functioning again. After he accomplished this task, he began fixing anything that he could get access to. This gave birth the aspiring Electronic Engineer.

“Follow your love and when others criticise you, do not let it bring you down.” This was the advice Daleron told Loop News for students who suffer from disabilities but want to achieve their dream goals. Daleron suffers from dyslexia but he has not let this hinder his drive for success.

After receiving his award, Daleron showcased a few of his projects that left spectators amazed. He explained to the audience how he built a Bluetooth speaker with USB connections which can also charge your mobile devices and includes an FM radio. Also on display was his re-creation of a wireless charger along with other gadgets.

The 16-year-old’s biggest challenge is finding the resources to make his gadgets. Daleron uses plastic bottles, phone batteries and basically the scraps that we throw away to make his devices. His mother said that for the time being, he is using the kitchen floor of their home as his "work space". Even so, he still needs a bigger work space. She is in hopes of building one for him in the near future.

When asked about what he would like to tackle as his next project, Daleron said he is unsure of what is the next step due to limited resources but he has high hopes of introducing voice activated software into his already made creations.

The Frederick Smith Secondary student says that after he has graduated from this secondary school, he wants to further his education at the Samuel Jackman Prescod Institute of Technology. After this venture, he would like to be self-employed through the means of selling his devices. However, his greatest career goal is to work for Google to help enhance their software.

Daleron Thomas is not the only factor in these prize-winning gadgets though. A former teacher of the Frederick Smith Secondary School, Mrs. Armstrong, plays a vital role in ensuring that Daleron reaches his full potential. As a result of a YouTube video made with her through GIS Barbados, Daleron’s inventions are now wider public knowledge. In the video, Mrs. Armstrong explained how she watched other students treat Daleron differently. She took him under her wing and help to mold him into the inventor he is today.

Even though Daleron has received other awards, this Optimist Youth Appreciation Award has become the newest addition to his collection. Despite having dyslexia, he has still accomplished what others did not expect from him. This is why Daleron Thomas should an exemplary role model for all of us.