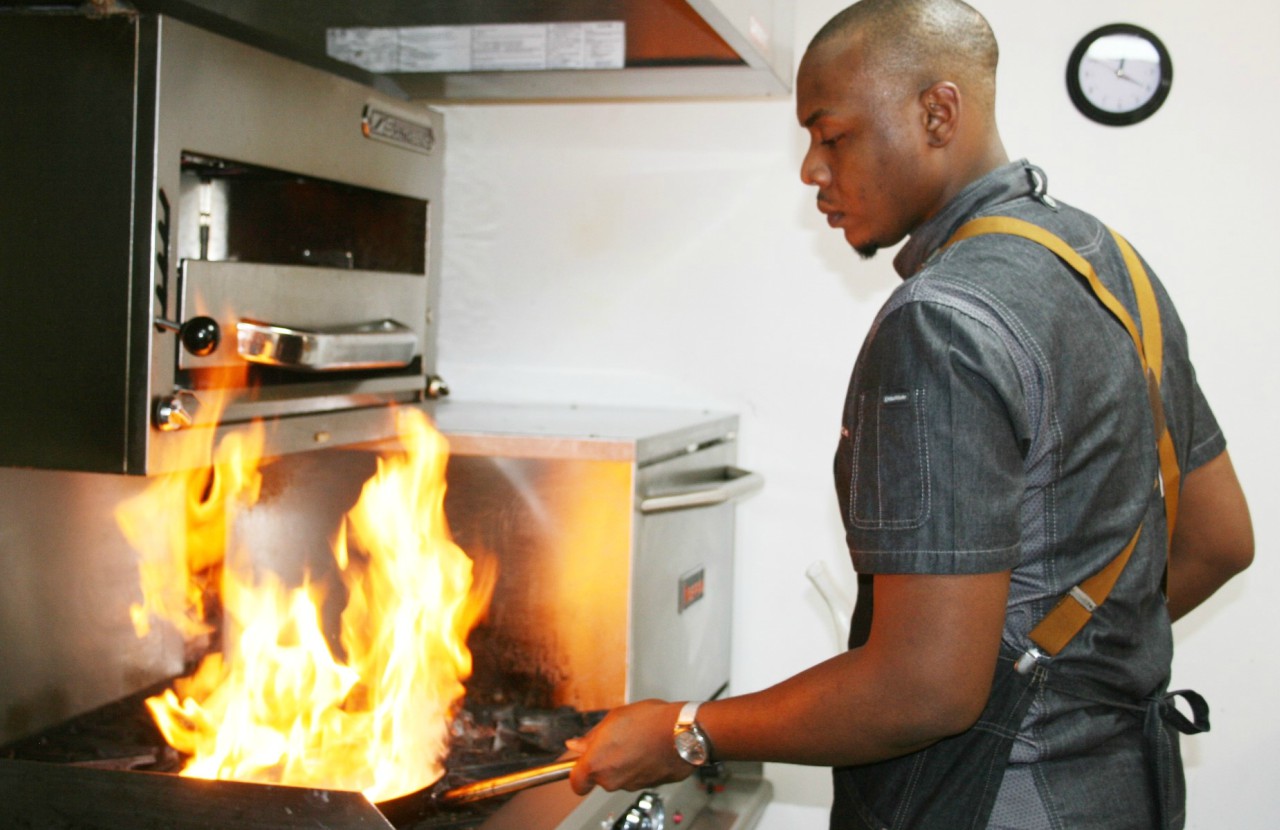 Not yet age 30-years-old and Chef Javon Cummins has added yet another significant achievement to his list of accolades to date. 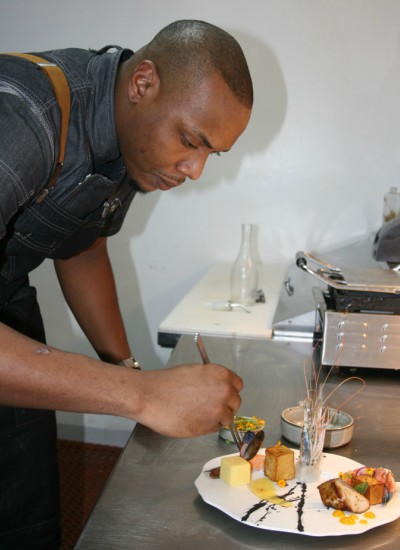 From the tender age of seven-years-old Cummins became interested in cooking and competed in his first culinary competition, the local Junior Duelling Challenge, as a member of the Deighton Griffith Secondary School team, where he placed second.

After secondary school, he took his passion for cooking a step further by pursuing an Associate Degree in Culinary Arts at the Barbados Community College’s Hospitality Institute.

In an interview he said,

“This is when I got my first taste of international competition in Grand Rapids, Michigan, where I competed against chefs from Canada, United States, Mexico, Scotland and Puerto Rico and won Best of Show Appetizer, two gold, two silver and three bronze medals. It was amazing.

Cummins may have been finding his niche, but when he was thrown a curve ball as the Team needed a pastry chef, he rose the challenge and knocked it out of the park, as they say. That year, re-entering the local competition, this time in the Pastry category, he took home the Pastry Chef of the Year title and represented Barbados in that category at Taste.

Over the years, he has won over 15 medals and trophies including two for Caribbean Team of the Year and Junior Chef of the Year – Gold. He has also represented Barbados at a number of culinary events, including the local Food and Rum Festival.

Cummins’ career with Elegant started in 2011 as a Temporary Cook at the Group’s Turtle Beach property. He subsequently took the position of Cook at the age of 23, then Chef De Partie at Colony Club in 2015, before deciding to take a break at the end of 2016.

He explains, “Cooking for competition and a restaurant are completely different and I wanted to regroup and decide the direction I would take my career.

"In 2017 June, I again went to Taste with the culinary team and while there was approached by Elegant’s Group Operations Director, Gayle Talma, about the concept for Tapestry. I didn’t even realise that she knew me that well from my short time at Colony, but was really pleased that I apparently impressed her to the point where she wanted me to come and work with the new restaurant in the Group.

“She really peaked my interest and it didn’t take me long to decide to get on board, starting in August. The next few months were great and I was fully involved in getting the restaurant ready for its opening in December last year, from creating the dishes on the menus to providing my input on tableware and the kitchen layout.

“This was a major plus for me as it isn’t something most chefs get to do. We are usually hired and have to go with what the management wants. So I am really grateful to Mrs. Talma for that opportunity.

"During the lead up to the opening, we also did intense training with the entire restaurant and kitchen team on a number of areas including the Restaurant Concept, Product Knowledge, Menu Tastings and Cocktail Creations. The restaurant and menus are abit more eclectic and we wanted to make them fully knowledgeable of all things Tapestry."

The young chef explained that Tapestry is an Epicurean adventure which incorporates dishes from around the world with a twist. “We take a dish like our Bajan Pudding and Souse and reinvent it. Then you have dishes like our Spicy Vodka Gazpacho – a twist on the Bloody Mary drink as a dish, just to give you an idea of the creativity in our kitchen.

“We also offer cooking classes twice a week for hotel guests - Perfecting Pastry and Art of Food Styling, which I really enjoy as this is when I get to interact with the guests and be even more creative. We get to share our experiences and knowledge with each other and I get to show them how to take a simple dish and make it exceptional. I really enjoy their enthusiasm.”

Praising his team for their support, Cummins said, “My team is thirsty for knowledge and that is very important. They love what they are doing and they are passionate. They get along really well with each other, always taking the extra time to ensure all is in place for the next shift after them. This is what teamwork is all about and it plays a major role at Tapestry.”

Chef Cummins further explained that the restaurant is open seven days a week and offers a Sunday Lunch and three themed dinner nights including the Chef’s Palette on Tuesdays. “This is where I get to be more adventurous and the guests are loving it. They have been very receptive, especially our repeat guests, and we have been receiving great reviews. We are also getting lots of great comments from locals as well and I am very happy about that and look forward to seeing more Barbadians coming in to enjoy all that Tapestry has to offer, from our breakfast menu to lunch and dinner.”