LaShawna releasing the energy within 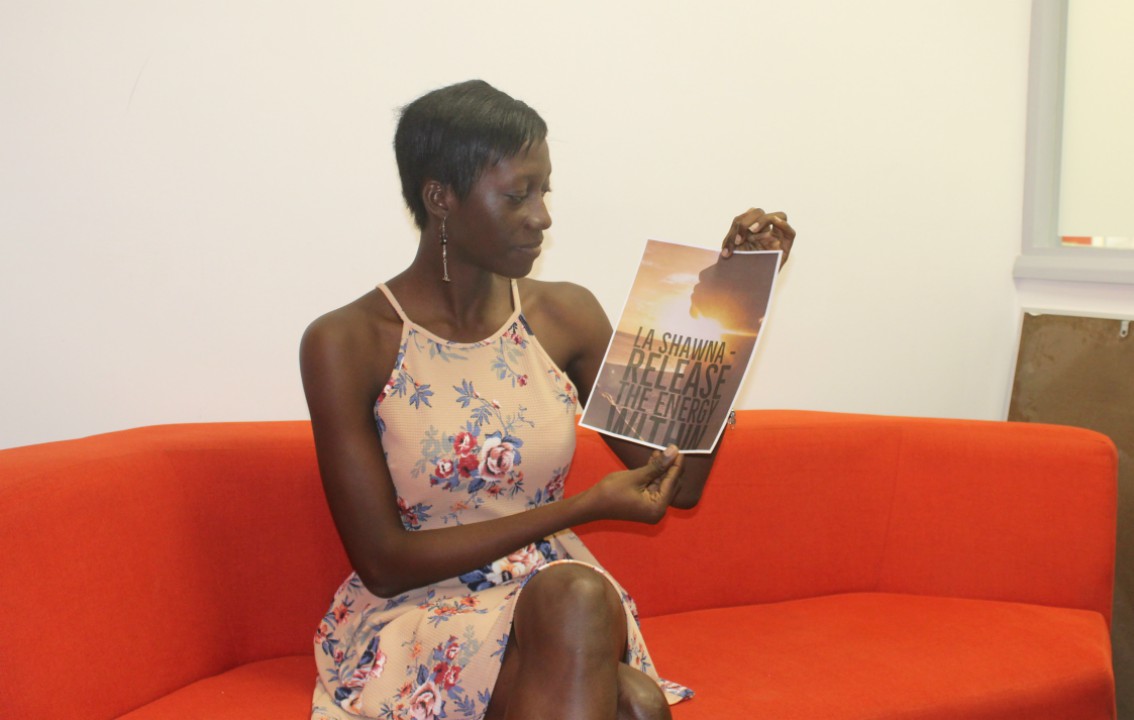 Author of 'Release the Energy Within', LaShawna Griffith.

It was so nice Lashawna Griffith had to do it twice.

The 24-year-old self-published author has now just released her second book in two years. Release the Energy Within is a collection of poems with a strong religious tone but also interspersed with a few comedic pieces.

Lashawna sat with Loop recently to discuss the driving force behind her book as well as herself. She explained Release the Energy Within is a 180-degree turn from the first collection Unlock the Door which was released in 2015. Griffith said she was somewhat skeptical at first about releasing the second book so soon after the first, considering the first was still doing quite well in sales.

Unlook the Door has gained both local and global recognition, has received numerous five-star reviews on Amazon and has sold over 200 copies here in Barbados. She has also gained features in US-based publications such as Strawberry Lit as well as others such as Poetry Canada and she was also a featured performer for the recently held CARIFESTA XIII.

Griffith said her favourite poem from Release the Energy Within is one entitled 'I am just a Fly' - a poem which explores the sights a fly encounters in its day-to-day adventures. The piece explores what the fly would do if it were human for a day and in what ways they would be able to assist humans.  Another favourite for Lashawna from the collection is ‘Van Culture’, a piece inspired by her experiences on Public Service Vehicles (PSV’s). She has dubbed this one a cultural enlightenment piece, especially for visitors to the island who may be bemused with Barbadian van culture.

Despite the success of Lashawna’s writing career thus far, she admitted to having to overcome a number of hurdles as a young, self-published author. She said due to her age there were some who expressed concerns about the sexual content of the first book with one local bookshop refusing to carry the publication.

“I thought that it [self publishing] would come with people being supportive … but that wasn’t the case. With the first book a lot of places didn’t take it because they thought the content was a bit too sexual. I also got the turn around when people came to signings and they thought I was older because of the content.”

She said, for this reason, she believes the second publication may be more successful than the first but noted the backlash will not stop her from touching on some of the more taboo topics of life in the future. She said she intends to pursue being a writer full-time, along with a career in journalism.

“I don’t see it [writing] as a hobby… I always knew that writing would be integral because that is what I love to do. I’m trying to balance the two and I am praying and hoping that I can do both.

For me I know writing is something that I can’t live without. If I woke up tomorrow morning and I could not write or I could not type on my computer, I would try a way to write with my mouth. That is how dedicated I am.”

Release the Energy Within and Unlock the Door are only the start of what Lashawna has planned for her writing career as she revealed her plans to publish a series of love poems.