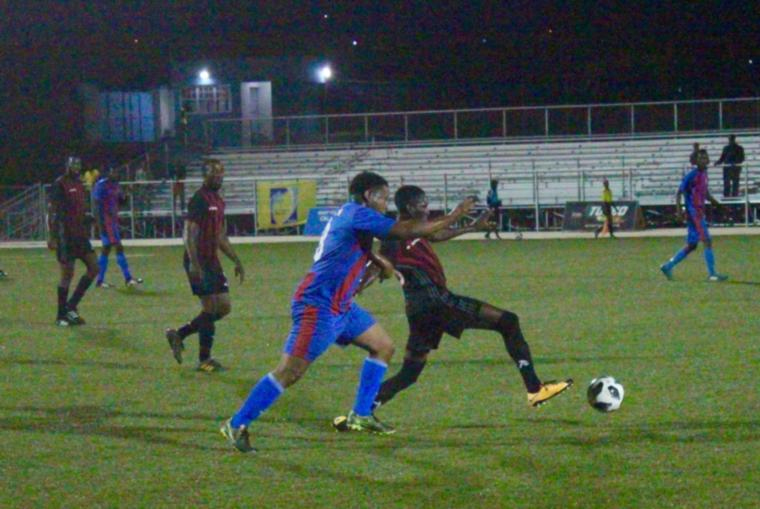 Youth Milan FC put their dismal Barbados Football Association (BFA) Premier League season behind them and got their BFA Capelli Sport Super Cup campaign off to an exciting start.

The northern representatives defeated their southern counterparts Wotton FC 4-1 and moved to the top of Group B.

Wotton struck first and showed why they would be amongst the big boys in the BFA Premiership next season.

Khalil Gill received a pass on the right, shrugged off his marker and played a cross into captain Reco Baptiste whose ferocious left-footed effort in the 37th minute was too much for goalkeeper Elvin Griffith, who got a faint touch of the ball.

Youth Milan transformed in the second period and put four unanswered goals into the Wotton goal.

Romario Drakes initiated the fight back in the 50th minute, intercepting a wayward pass in the backline by Rico Forde and finishing brilliantly into bottom right-hand corner.

Youth Milan took the lead in the 60th minute when Jeffrey King’s left-footed volley from 12 yards found the back of the net.

King assisted Youth Milan’s third goal when he dribbled inside the penalty area and played a precise pass into an unmarked Antonio Griffith at the back post to make the score 3-1 in the 77th minute.

Mixed feelings from coaches in Concacaf U17 Women's opener