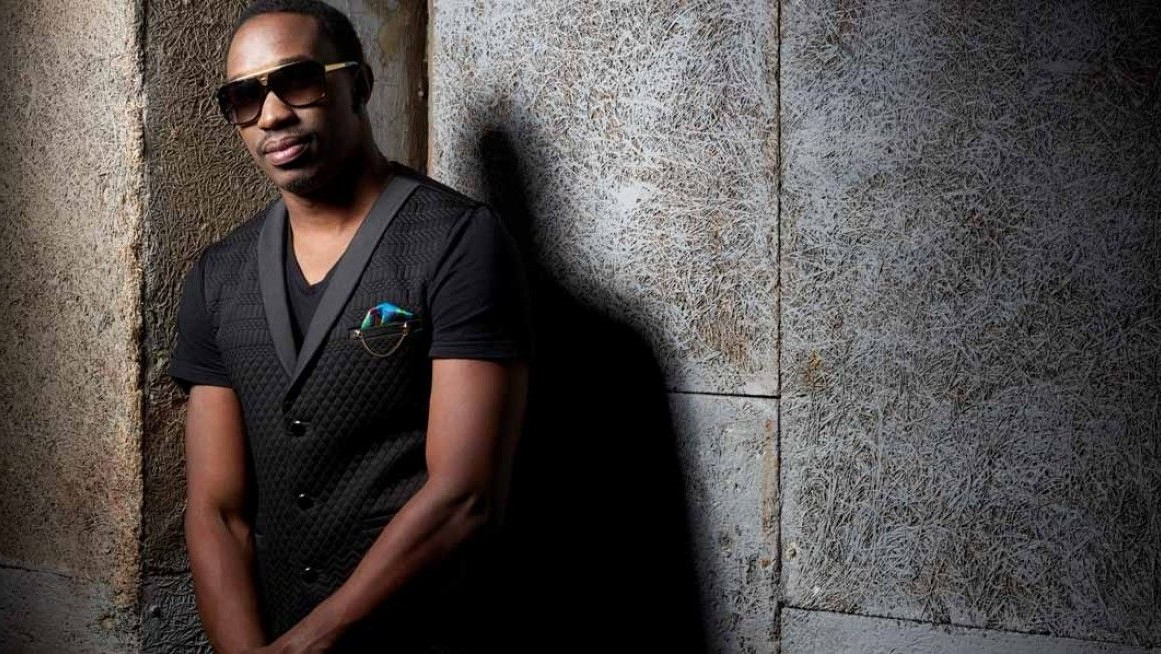 The West Indies cricketer was recently awarded the Silver Creator Award from YouTube, an accolade they give to creators who reach 100,000 subscribers.

Interestingly, although the video platform awarded him for having 100,000 subscribers, his channel currently has over 408,000 subs.

Bravo shared the news on Instagram with the caption, "I STAY WINNING. Thank you to my fans and YouTube. This is a HUGE accomplishment for my team and I."

"You've just something that very few YouTube creators accomplish," Susan Wojcicki, CEO of YouTube said in the letter addressed to Bravo. "We'd like to recognise you and all your hard work with this Silver Creator Award, a small token of our esteem and respect." 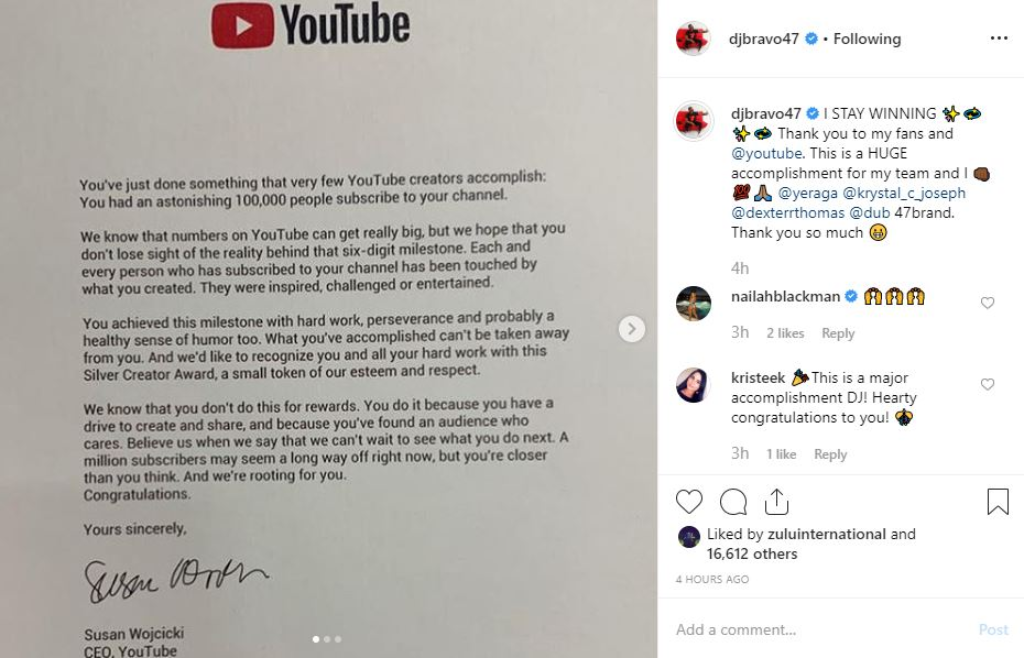 Bravo first established himself as a musical artist in 2016 with his song, 'Champion', a track that went quickly viral mainly in the Asian market.

Since then, he's put out a number of singles including 'Chalo Chalo', 'Asia', and 'We Are The Kings' which have garnered 4.6 million, 5.8 million and 6.7 million views, respectively.

He appears to be steadily on track to earning the Gold Creator Award, an award YouTube gives to those who gain one million subscribers.

The highest accolade a YouTube creator can receive is the Diamond Creator Award upon achieving 10 million subscribers.