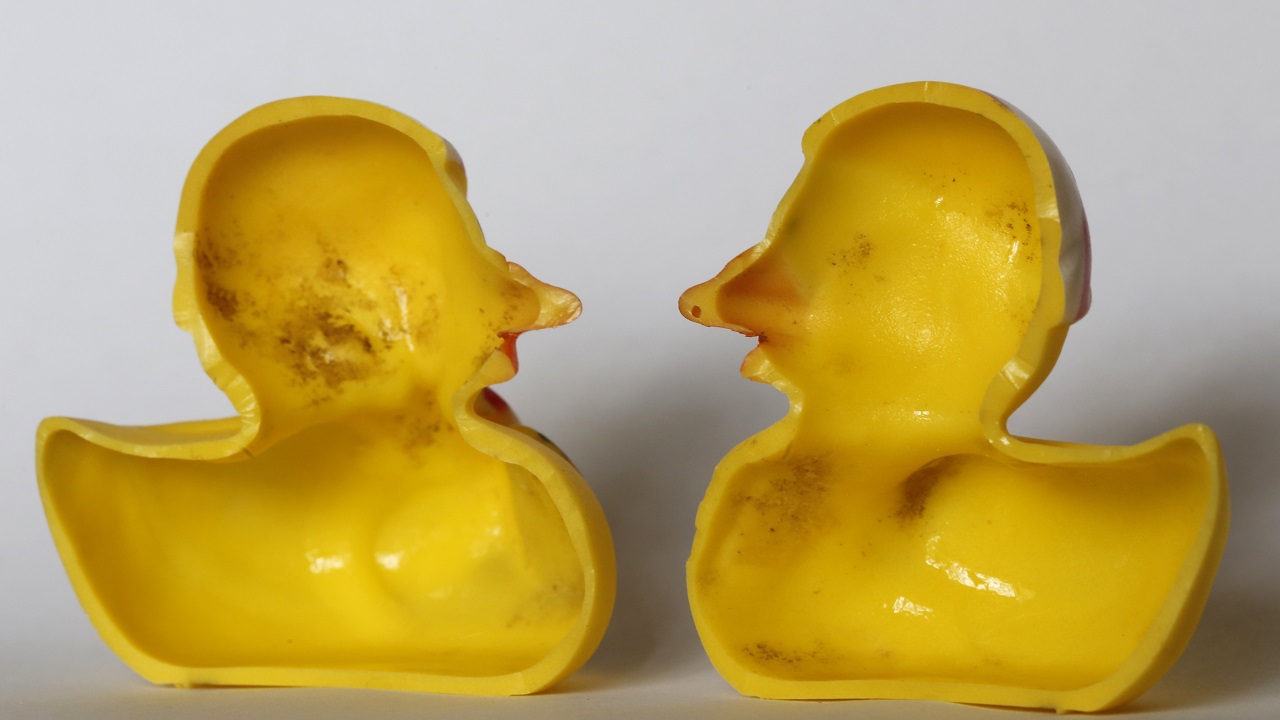 Scientists now have the dirt on the rubber ducky: Those cute yellow bath-time toys are - as some parents have long suspected - a haven for nasty bugs.

Swiss and American researchers counted the microbes swimming inside the toys and say the murky liquid released when ducks were squeezed contained "potentially pathogenic bacteria" in four out of the five toys studied.

The bacteria found included Legionella and Pseudomonas aeruginosa, a bacterium that is "often implicated in hospital-acquired infections", the authors said in a statement.

The study by the Swiss Federal Institute of Aquatic Science and Technology, ETH Zurich and the University of Illinois was published on Tuesday in the journal Biofilms and Microbiomes. It's billed as one of the first in-depth scientific examinations of its kind.

They turned up a strikingly high volume - up to 75 million cells per square centimeter (0.15 square inch) - and variety of bacteria and fungus in the ducks.

Tap water doesn't usually foster the growth of bacteria, the scientists said, but low-quality polymers in the plastic materials give them the nutrients they need. Bodily fluids - like urine and sweat - as well as contaminants and even soap in bathwater add microbes and nutrients like nitrogen and phosphorus and create balmy brine for bacteria.

"We've found very big differences between different bath animals," said microbiologist and lead study author Lisa Neu, alluding to other types of bath toys - like rubber crocodiles - that also were examined. "One of the reasons was the material, because it releases carbon that can serve as food for the bacteria."

The scientists, who received funding from the Swiss government as part of broader research into household objects, say using higher-quality polymers to make the ducks could prevent bacterial and fungal growth. The Swiss government isn't making any recommendations at this stage.

Toy makers turn to the toilet for poop-inspired toys