Zouks move to fourth with big win over Patriots 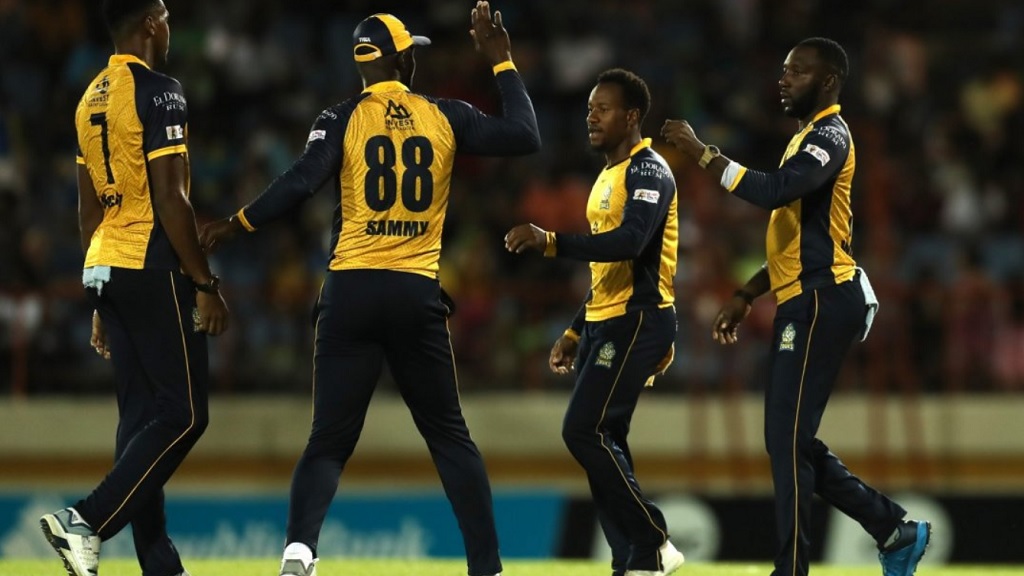 Batting first, St Lucia Zouks made 165 for six from their allotted 20 overs and then restricted St Kitts & Nevis Patriots to 145 for nine.

The win lifts the Zouks to five points and above both Jamaica Tallawahs and Barbados Tridents into fourth place, while for their part the Patriots remain on eight points having missed a chance to go second in the table and also guarantee a top-four finish.

While there was a good start and decent finish with the bat, the Zouks’ victory owed much to a fine all-round bowling performance that allowed them to defend a total of 165 for six that felt no better than par at the halfway stage.

The Patriots’ dangerous openers Evin Lewis (10) and Devon Thomas (nine) both fell in the powerplay – Hardus Viljoen getting Lewis well caught by Chris Barnwell off a skied pull shot in a rare T20 wicket maiden – before some tight bowling kept a firm lid on the scoring rate even as Laurie Evans and Mohammad Hafeez were adding 49 for the third wicket.

The Zouks already appeared to have the upper hand when rain forced a short delay with the Patriots 77 for two in the 12th over but really hammered home the advantage after it.

Kesrick Williams struck twice in the 13th over, deceiving Evans with a slower ball to earn a simple caught and bowled before pinning Fabian Allen lbw for just one, and Carlos Brathwaite fell in the next after skying Fawad Ahmed to sub fielder Kavem Hodge for two.

Shamarh Brooks was Viljoen’s second victim, bowled for seven after clubbing what was by now a rare boundary, and when Hafeez was deceived in the flight and offered a return catch that Fawad accepted at the second attempt, the Patriots had lost five wickets for 26 since the resumption.

Rayad Emrit launched back-to-back sixes over the legside off Williams and the Zouks briefly lost their composure with a couple of chances going down. Keron Cottoy joined in with a slog-sweep over the ropes off Fawad but even though the partnership brought 27 runs in 20 balls it never really got the Patriots within striking distance of victory. When Emrit was caught at long-on for 18  to give Viljoen a deserved third wicket in a spell that cost just 14 runs, the required rate had already climbed to four per ball.

Williams picked up his third wicket of the night, Alzarri Joseph hitting another slower ball to Colin de Grandhome at midwicket and was dismissed for four. And despite Cottoy smashing the last ball of the night for a huge six the Zouks ran out comfortable and deserved winners.

They had earlier failed to fully capitalise on a fine powerplay with the bat, in the end needing a 56-run partnership between Sammy (30) and Barnwell (27 not out) for the sixth wicket to lift them to 165 for six having been 72 for one after seven overs with Andre Fletcher and Colin Ingram looking good for a huge total.

The Zouks’ slump from that position to 101 for five was largely down to Hafeez and Thomas, who combined superbly to have both set batsmen stumped off wides.

Both batsmen were guilty of setting off a touch early, giving Hafeez time to make the adjustments, which he duly did. For Fletcher, the ball was pushed down the legside and smartly taken by Thomas, who promptly removed the bails and then two of the stumps for good measure to send his opposite number packing.

It seemed a big moment, with Fletcher looking back to something like his very best in his 23-ball 36 with four fours and two huge sixes.

For Ingram, the ball was pushed wide of the off-stump but the result was the same. Hafeez added a third big wicket when de Grandhomme picked out Evans at deep midwicket and was caught for 17.

Joseph was impressive at the top and tail of the innings, bowling Rahkeem Cornwall for 13 just as the big man was cutting loose and then having Sammy caught for a crucial and cool-headed 30 by Evans late on. Those wickets came at a cost of just 20 runs.

Barnwell finished unbeaten on 27 from 23 balls having helped Sammy dig the Zouks out of a hole.

Karthik apologizes to BCCI after appearing at 2019 CPL