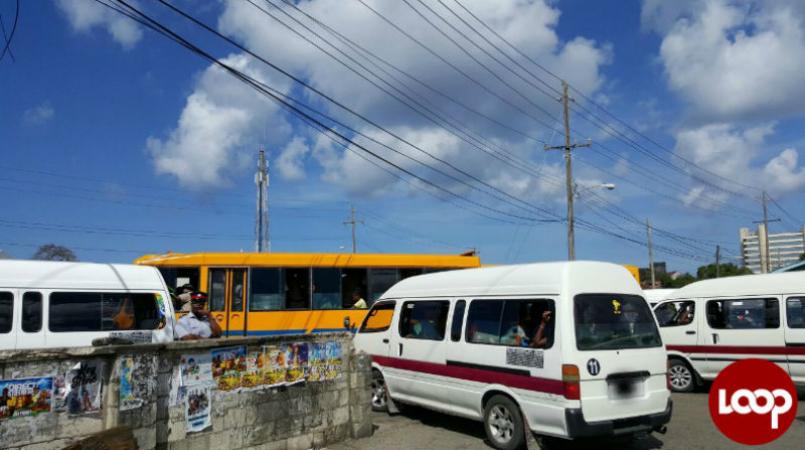 Instead of putting out his cigarette, a ZR driver told a mother crudely to get out his van with her child in tow.

Speaking under anonymity the mother said she was most disappointed by his actions and demeanour.

She wrote to Loop saying that she has endured much while travelling aboard the route taxis but yesterday’s encounter was the last straw.

“For months now, I have been trying to stay calm and find a way to deal with a distressing situation. PSVs and more specifically ZR drivers are fast becoming a law unto themselves, these guys are out of control and making bad for the ones who are trying to play by the rules.

“Today [Thursday, January 25, 2018] I took a ZR with my 7 year old. While driving I kept smelling cigarette smoke. As my child uses an inhaler and has had more than one asthmatic episode, I began looking around at the 3 other passengers on the van, a tourist couple and a man in conversation with the driver. I did not see them smoking so, I figured maybe it was a residual scent from someone who was smoking before taking the van. Then I noticed from the side mirror that the driver was smoking. I started to tell him if he could please stop smoking but as my voice is not loud he didn't seem to be hearing. It was then that the tourist lady and the man he was speaking to conveyed the message.

“To my surprise the driver told them and me that I should get the **** off the van, so I rang the bell immediately and he proceeded to tell me that I was a  ****ing idiot and to get off the van.

“I promptly told him he was an idiot and I would report him and he carried on his tirade against me and drove off.”

Related article :15 signs you are a ZR-catching boss

Up in arms, the mother said that she understands it is no concern of his that she has many a night in the hospital with her daughter on the nebulizer in the Asthma Bay, but she questioned where were his compassion, courtesy and good customer service?

She added that people may complain about the lateness and inconsistent ways of the Transport Board, but she said it is time someone airs their concerns about the ZRs as well.

“Transport board is often late but they don't back up traffic by dragging the road, they don't stop anywhere and hold up traffic by not pulling over. They don't pack you in like sardines and curse you if you ask them to lower the radio, or turn off the perverse, songs defining every sexual act and degrading the private parts of women and girls alike, or advocate a life of drugs and crime….”

And she said that in the past she has seen others dealt similar abuse as was touted out to her and her daughter.

“I witnessed a ZR conductor curse a tourist couple and put them off the van in Accra one night. Making a huge scene and he didn't care. Way to go guys you are true ambassadors of Barbados and promoters of our tourist industry. We have issues with our Transport board but do we accept this treatment from ZR van drivers and conductors because they provide a service? Are we dogs? Or livestock to be treated anyhow for a $2.00 bus ride. So Morris Lee I am for ZR workers getting their due but they need to clean up their act as well. We deserve better!”

Speaking to Loop News, Morris Lee, President of the Association of Public Transport Operators (APTO) said that he hopes she indeed files a complaint and speaks up so that this treatment is recorded and can be dealt with accordingly.

“Please help me to get workers like those out of the system. Please call the Transport Authority at 435-3518 and ask for Director Alex Linton & Chairman Abdul Pandor. These two individuals have the authority to get them out of the system but a formal complaint MUST be made. Please follow up on it. Thanks and my apologies on behalf of APTO.”