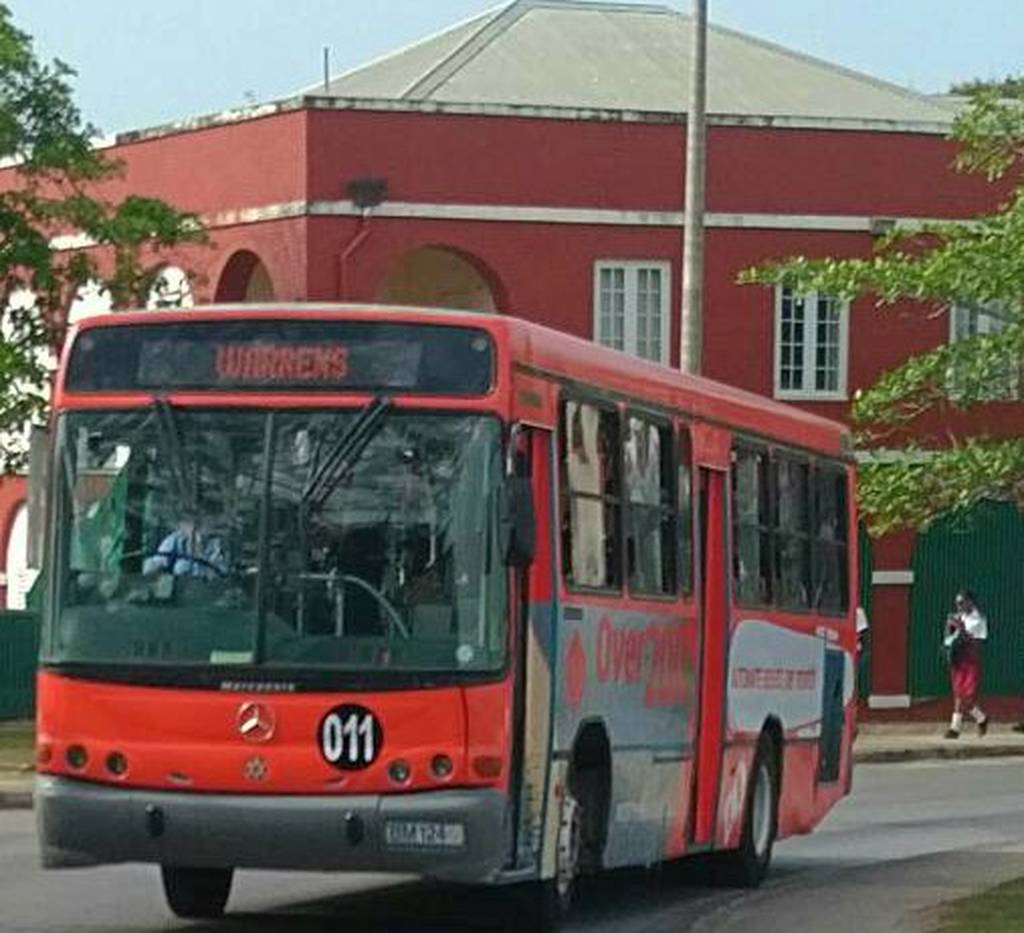 The 'red bus' is continuing to cause a stir

The newly introduced red Transport Board bus is not sitting well with some PSV operators, namely a batch of ZR operators.

And the Head of the Alliance Owners of Public Transport (AOPT), Roy Raphael backs them 100 per cent as he believes the practice of advertising on the public service vehicles (PSVs) should be extended to all.

When Loop News visited the River Van Stand today, some of the drivers and conductors said that it is not fair.

“We carrying painted visors can’t stop us from being a ZR. That red and that is still a Transport Board bus. So why we getting send off the road for visors and mudguards, and a one sticker?”

Complaining that they are overly strict with ZRs, his peer added, “Not only that, all the fancy number 8’s and 10’s, all that illegal,” because the regulations state the route number must be a certain size and font.

Even the maroon stripe, another driver said, “if you got that line there too fat, there had a time when de men come out here and send off all de vans that had fat lines and tell them go get them paint over.” Nodding his agreement, his colleague said, “and if they too fat or too small, yup!”

Speaking specifically to the opportunity to promote services or goods, one driver lamented:

“If my boss got a business other than the ZR van, he can't advertise it on here [on the vehicle] because MTW (Ministry of Transport and Works) would come and send me off the road, but a big red bus driving 'bout the roads of Barbados.”

Raphael told Loop: "I would say yes; I believe it is an unfair practice. All of us are PSVs and it should be extended to us as well. I believe we will have to make a case to Government about the whole question of being able to advertise on our buses.

"I think that if we don’t get a favourable answer we may have to speak to our attorney to have the court decide because as far as I’m concerned it really is an unfair practice where Transport Board is given opportunity to have their buses advertised on and we as a body cannot advertise."

Noting that they have been approached and echoing the sentiment that some PSV owners have other personal businesses which they would like to advertise, he reiterated, “We think it is an unfair practice and it should be looked at.”

On the flip side, one older driver said, “Yes, I feel they could extend it to the PSVs but I don’t know because some of these fellows go overboard.”