PHOTOS: Zulu International does not plan to exceed manageable numbers 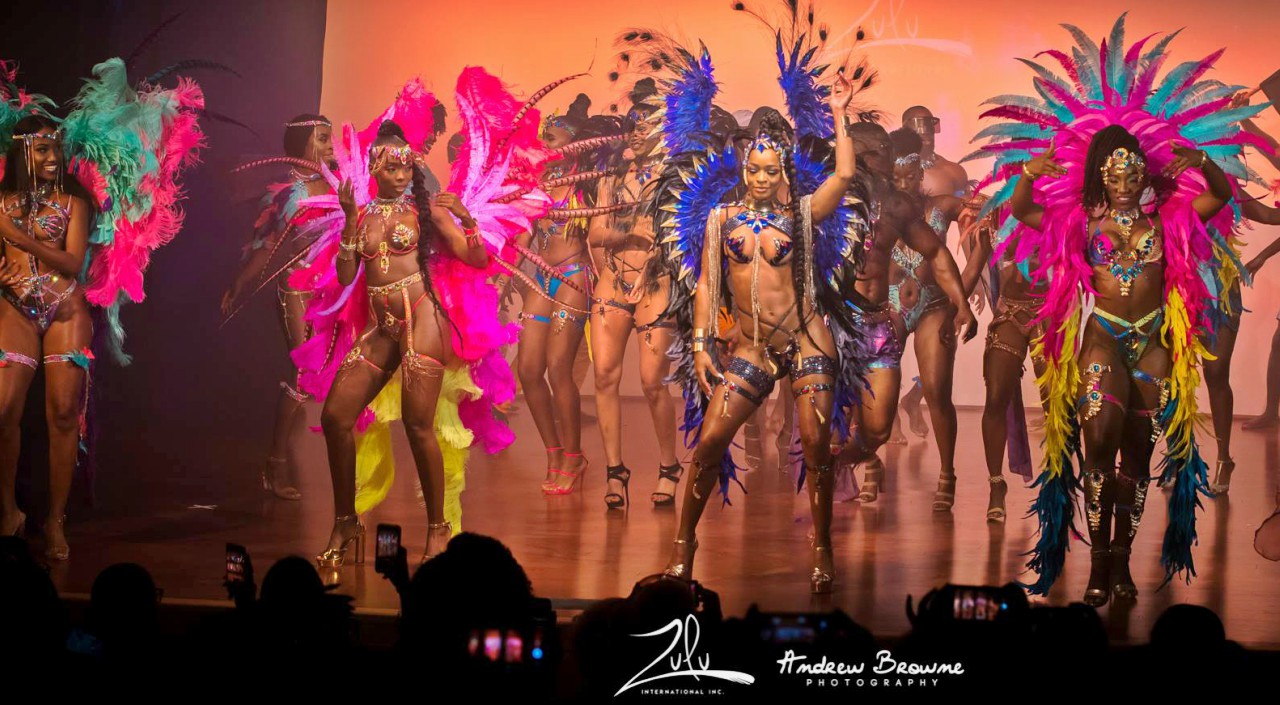 'Happy' with how registration is going, Zulu International Inc. has no plan to go beyond the manageable 700-point.

With the theme 'Hidden in the Stars' for 2018, the Grand Kadooment Band let their secret costumes out the bag early this year and it was a classy sit-down affair at the newly renovated Daphne Joseph Hackett Theatre in Queen's Park. The home of many a theatrical production, on stage, Zulu's designers and models showed how creativity and colour are being pushed to new limits.

Zulu International - Hidden in the Stars 2018

Loop chatted with Aundrea Wharton, General Manager of Zulu International Inc. and here's what he had to say.

Loop: What's the motivation behind this year's theme?

Related article :Young People in Business: Katrina a King of the Kreatives

Wharton: The theme for this year is Hidden in the Stars. We were inspired by the continuous exploration and subsequent discoveries of the phenomena existing in the universe within which we exist and [we] sought to represent some of those in our special way. We also wanted to pay homage to the persons who make such discoveries possible, hence the male sections of Apollo and Stargazer.

Loop: Designers matter to some revellers and so we asked about the list of designers on the card this year, and what it was like working with them?

4) Janiece Springer also from Barbados. She designed The Auroras.

Working with these designers was an incredible experience. They all brought something unique and individual to the table and seeing their creative expression come to life in the costumes was very exciting for us. Everyone loves the costumes so really we could not be happier to have developed a relationship with them and have them on our team.

Loop: Last year had its hiccups for some. What kind of numbers are you going after for Kadooment this year?

Wharton: We are focused on maintaining our usual numbers of 600-700 in order to continue providing an optimum, comfortable Crop Over experience for all of our patrons. Registration opened on Friday, March 23, and we are very happy with how that is going, but increasing the numbers past that is not a plan at this stage.

Loop: Last year, some guys also complained about the 'long shorts' offered by some bands. What inspired the short shorts and longer shorts options for men? Is this a case of listening to patrons?

Wharton: Yes it is. As you know, short shorts are trendy and the guys love them so it's really something we wanted to offer them since the style was popular among our male patrons last year. Conversely, there are some guys who prefer regular shorts so we also give them that option so everyone would be comfortable on the road.

Loop: Tricks or treats? In terms of your packages can persons expect any surprises or major differences?

Wharton: No, no surprises or major differences. We have always been focused on delivering a quality premium experience from the start to the end of the season. Our prices have stayed within the general range of last year which patrons can view via www.zuluinternationalinc.com. Our road package will definitely not decrease in quality as we will be providing the same all-inclusive, fun Kadooment experience that we are known for.

What do you think of Zulu International's 2018 offerings?