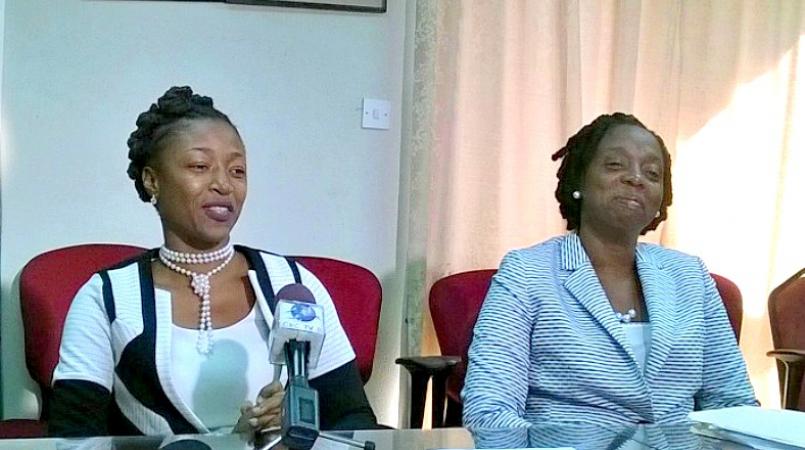 She is the first female to hold the position since the CCL was established back in 1960.

The Barbados Workers Union has succeeded in putting another crack in the proverbial glass ceiling with the appointment of one its members to the position of General Secretary of the Caribbean Congress of Labour (CCL).

Gillian Alleyne was successful in contesting the position at a meeting of the CCL in  Antigua in August. Speaking at a press briefing from BWU headquarters on Monday, Alleyne said she is pleased to be at the forefront of a movement which has traditionally been male-dominated.

She told the media the CCL has been going through a number of challenging, the most critical being fading membership. Following Alleyne’s appointment, the executive has undertaken a review of the constitution and were able to develop a three-year plan for the organisation. Alleyne also said another challenge she has recognised was growing instances of insularity but she said she believes such will be the case with regional organisations.

Another challenge Alleyne pointed out was the lack of awareness at each country’s individual union level of the work of the CCL.

“I think that is one of the things the CCL failed to do in the past - that is to let people know how a regional organisation affects them, what does it do for you. And at the same time when people can’t even see what the union movement of itself, the Barbados Workers Union, the National Union of Public Workers, when they can’t even see how those unions are impacting on their livelihood, they must know what the Caribbean Congress of Labour does, what does it do for you.”

She said the CCL is at present collaborating on a project with the Caribbean Employers Confederation with the goal of bringing unity to the organisation.

She added the hope is to get everyone on board and by so doing propel the movement forward.

The CCL has a strong history in Barbados as this was the location for the inaugural meeting. The newly elected president of the CCL is a Bahamian, Jennifer Issacs-Dotson.