Tornadoes are spinning up farther east in US, study finds 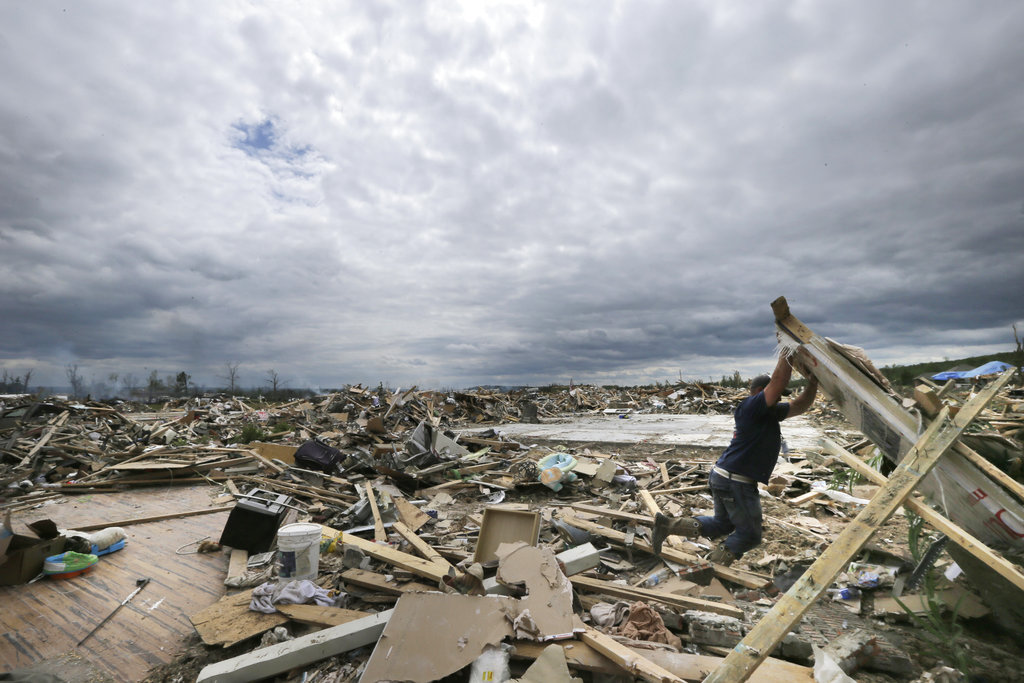 Over the past few decades, tornadoes have been shifting — decreasing in Oklahoma, Texas, and Kansas but spinning up more in states along the Mississippi River and farther east, a new study shows. Scientists aren't quite certain why.

Tornado activity is increasing most in Mississippi, Arkansas, Tennessee, Louisiana, Alabama, Kentucky, Missouri, Illinois, Indiana, Wisconsin, Iowa and parts of Ohio and Michigan, according to a study in Wednesday's journal Climate and Atmospheric Science. There has been a slight decrease in the Great Plains, with the biggest drop in central and eastern Texas. Even with the decline, Texas still gets the most tornadoes of any state.

The shift could be deadly because the area with increasing tornado activity is bigger and home to more people, said study lead author Victor Gensini, a professor of atmospheric sciences at Northern Illinois University. Also, more people live in vulnerable mobile homes and tornadoes are more likely to happen at night in those places, he said.

Even though Texas, Kansas, and Oklahoma get many more tornadoes, the four deadliest states for tornadoes are Alabama, Missouri, Tennessee, and Arkansas, according to the National Oceanic and Atmospheric Administration.

"More folks are generally at risk because of that eastward shift," Gensini said.

Because tornadoes sometimes go undercounted, especially in the past and in less populous areas, scientists don't like to study trends by using counts of tornadoes. Gensini and tornado scientist Harold Brooks of the National Severe Storms Lab looked at "significant tornado parameters," a measurement of the key ingredients of tornado conditions. It looks at differences between wind speed and direction at different altitudes, how unstable the air is and humidity. The more of those three ingredients, the more likely tornadoes will form.

The increases in this measurement mirrored slightly smaller increases found in a number of twisters.

The study looked at changes since 1979. Everywhere east of the Mississippi, except the west coast of Florida, is seeing some increase in tornado activity. The biggest increase occurred in states bordering the Mississippi River.

Overall there is a slight increase in tornado activity, but it's not too much and not nearly like what's happening in the east, Gensini said.

Why is this happening?

"We don't know," Gensini said. "This is super consistent with climate change."

As the Great Plains dry out, there's less moisture to have the type of storms that spawn tornadoes, Gensini said. Tornadoes form along the "dry line" where there are more thunderstorms because there's dry air to the west and moist air from the Gulf of Mexico to the east.

That dry line is moving east.

"This is what you would expect in a climate change scenario, we just have no way of confirming it at the moment," Gensini said.

Gensini said unless there are specific detailed studies, he and others cannot say this is caused by global warming, just that it looks like what is expected.