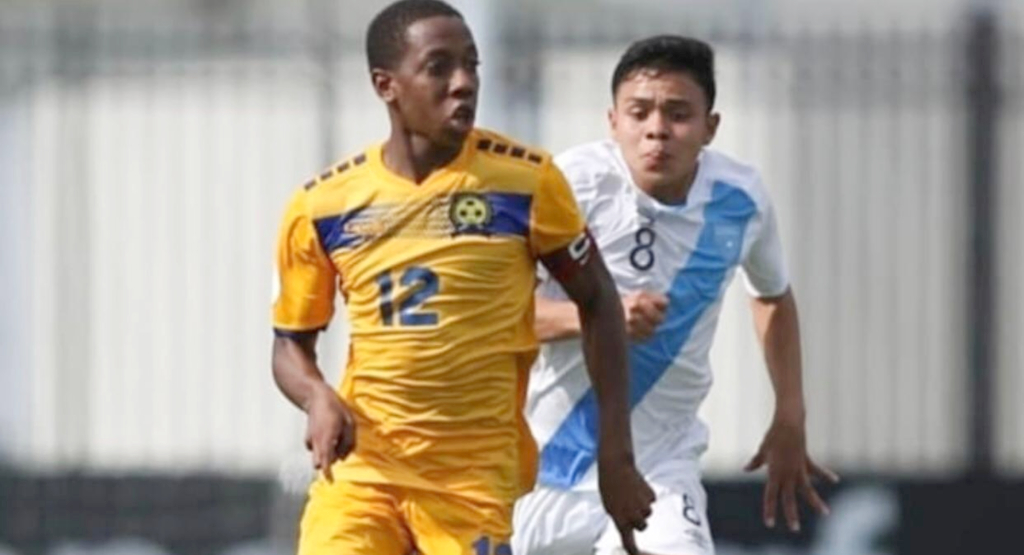 - By Renaldo Gilkes in Florida

A last-minute goal by golden boy Thierry Gale saw Barbados earn a valuable point in their opening encounter of the 2019 Concacaf U17 Championships in Bradenton, Florida yesterday, Thursday, May 2, 2019.

After a cautious opening, Barbados created the first chance when Abiola Grant was granted a bit of space inside the area but a Guatemalan defender blocked his effort.

Most of the contest took place in the middle third as both teams vied for control of the match but the score remained 1-1 at the break.

Guatemala opened the scoring in the 55th minute courtesy of a set piece from the right. 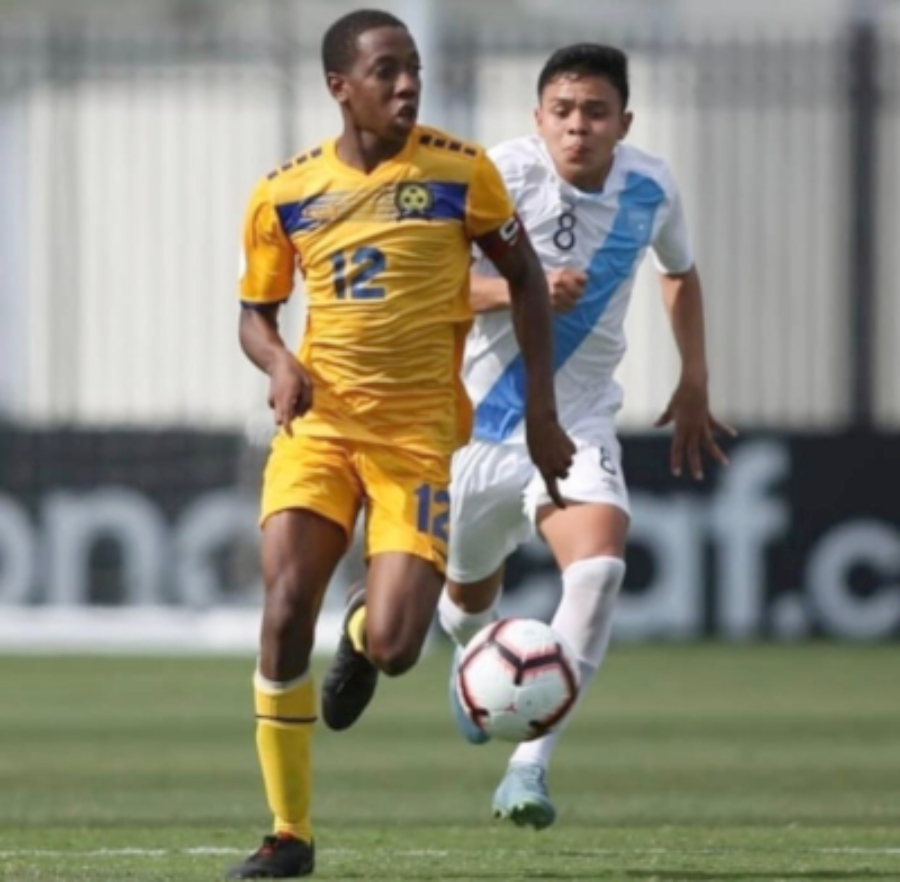 Photo Caption: Captain Roshon Gittens being chased down the field.

Barbados had a chance to score immediately after the kickoff but Gale’s left footed effort went narrowly wide of the right post.

The Tridents continued to show grit and determination and were rewarded in the 93rd minute when Gale received an inch perfect pass from substitute Tajio James and showed his class by passing the ball beyond the right arm of Guatemalan goalkeeper Jose Aguirre Dardon.

Barbados will come up against host United States tomorrow, Saturday, May 4, at 6:00 p.m.

Young Bajan footballer making waves in the US