YPIB: UWI student strikes a balance between books and business 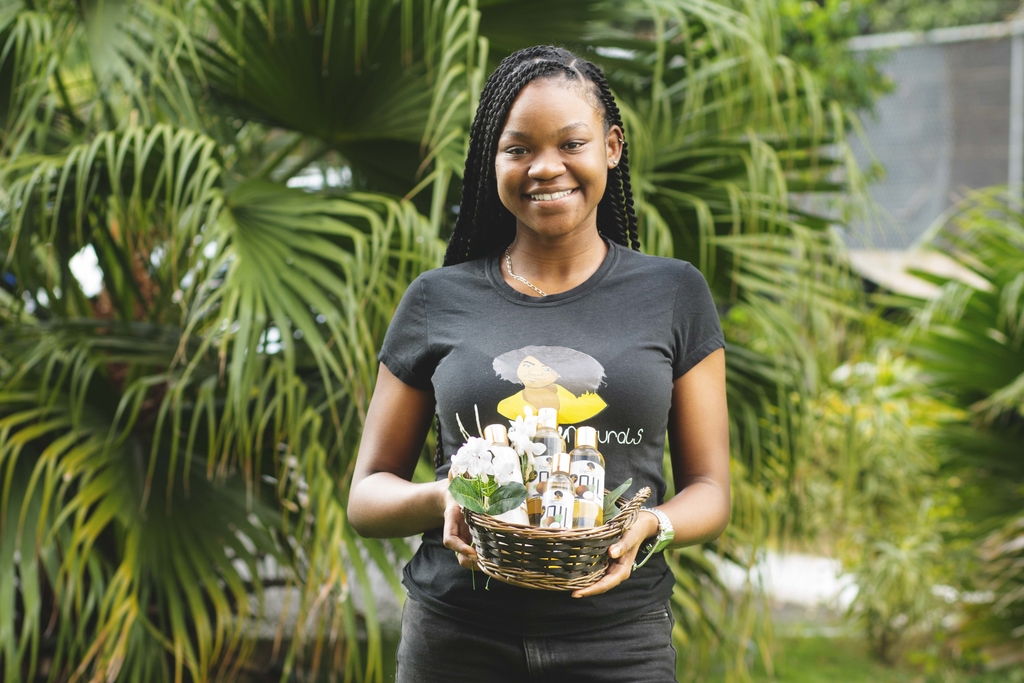 Nia Souden is the CEO of Nessence Naturals, a local manufacturer of natural hair and skin-care products, namely turmeric soap and coconut oil.

It’s that time of the year when final-year university students are taking steps to secure a full-time job or enrol in a post-graduate programme.

The Management Studies major is eying a Master’s degree in Business, but is also making preparations to expand her hair and skincare company.

“My goal after leaving UWI is to open a store for Nessence Naturals,” Souden revealed. She said the facility would function as a salon, focused on natural-hair care and serve as an outlet for Nessence products.

Souden is also a firm believer in education. She reckons that exposure to theories will help develop her business acumen.

“I also want to pursue my Master’s [degree], which I believe will make me better equipped to run a successful business,” the 21-year-old said.

Souden started Nessence Naturals in 2018 from her dorm room, with encouragement from friends.

“When I came to UWI, I used to make my own deep conditioners…. And my friends would say, you should use this to start your own business, so that’s what motivated me,” Souden said.

But starting a business was a long-time ambition of the Ocho Rios native.

“My parents knew I would become an entrepreneur. I never said I wanted to be a doctor, a lawyer, or anything like that,” Souden said.

The St Hilda's Diocesan High past student is also hailing UWI for not only imparting knowledge but for providing an environment for student entrepreneurs to thrive.

“I’m grateful to UWI because they allow a lot of avenues to push entrepreneurs,” she said.

Nessence Natural products are available at the commissaries based at the Elsa Leo Rhynie and Chancellor halls on campus.

Her products can also be delivered to customers in Kingston, Montego Bay and Ocho Rios.