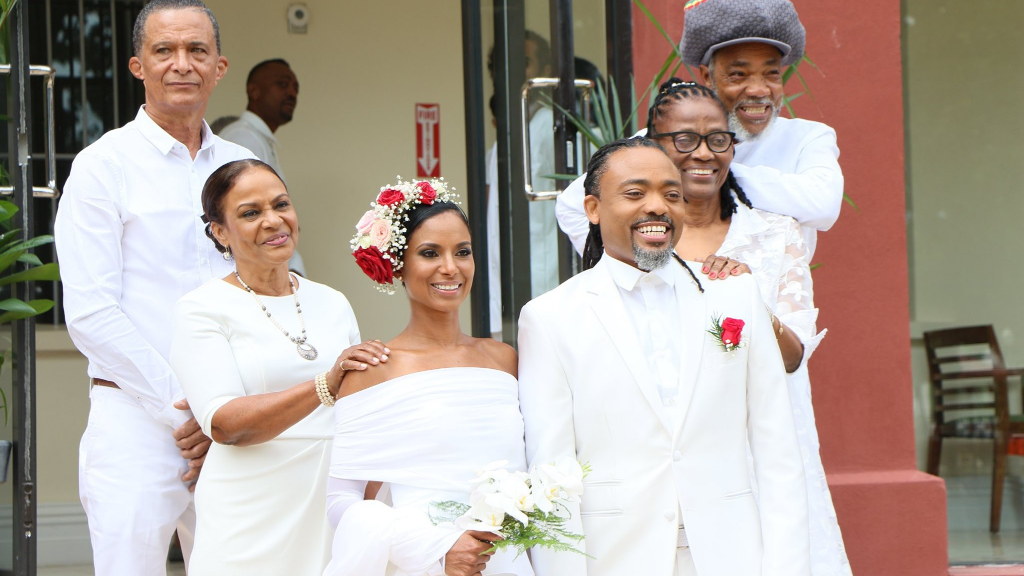 Machel Montano and Renee Butcher got married in the first ceremony to be held in the refurbished Red House on Valentine's Day. © 2020 Office of the Parliament. All rights reserved.

The 45-year-old wed his long-time partner Renee Butcher at the Red House in Port of Spain in Trinidad on Valentine's Day.

The ceremony was the first to be held at the Rotunda at the Red House since the building was reopened just three weeks ago.

Attorney General Faris Al-Rawi is among the guests in Montano’s wedding party – all decked out in white.

Media were not invited to the private ceremony.

Curious onlookers gathered outside along the sidewalk to catch a glimpse of proceedings.

Montano and Butcher were wed under Christian rites.

The wedding continues at the final Machel Monday on February 17, themed “The Wedding”. The event is an all-white affair.

Valentine's 2020 is more colourful than ever, beyond red and white