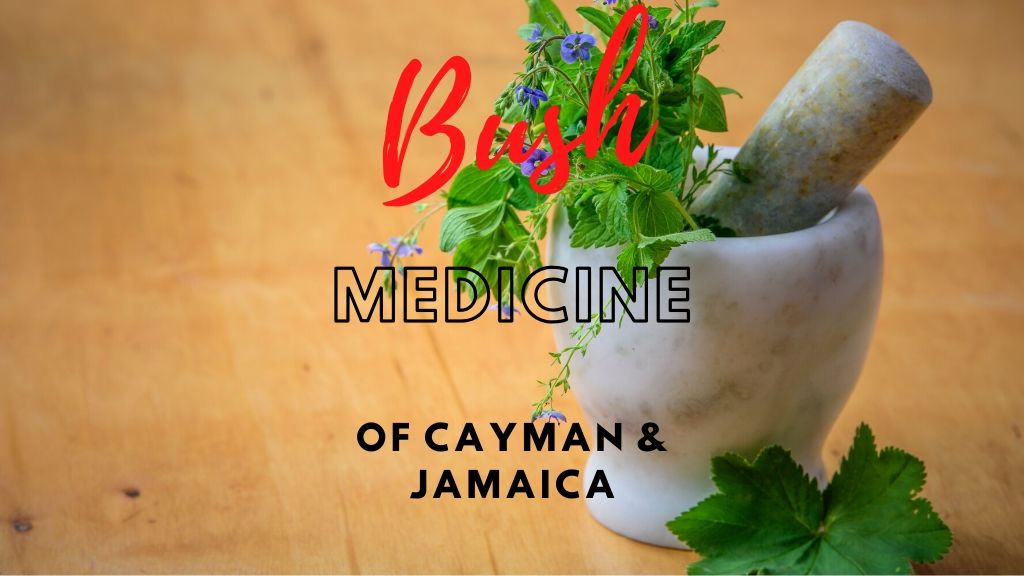 So goes the first verse of a popular Jamaican folk song, hailing the use of the ceraseee herb for belly ache and pain…

As the product of a traditional Jamaican family, I have long benefited from the health benefits and medicinal uses of herbal remedies, and as a child growing up in Jamaica their colourful names would bring a smile to my face.

The Caribbean is known for its prolific use of herbal or “bush medicine” to treat everything from mild cuts to severe cancers. This knowledge is often passed down from generation to generation as oral history and is a testament to our robust culture and legacy.

In my role as a chef, writer and explorer, the cultural and culinary connections between Jamaica and the Cayman Islands have never escaped me. It is hard to ignore the herbal traditions shared by both cultures.

Here is a fraction of a long list of oddly named medicinal herbs used by our people to cure sickness.

Rivina Humilis is the scientific name for Dog Blood. It is usually boiled and consumed as tea for menstrual cramps and any womb related problems.

Rhytidophyllum Tomentosum is the scientific name for Search Mi Heart. It is usually boiled and consumed as tea and used for asthma and congestion.

Eupatorium Odoratum is the scientific name for Jack In Di Bush. It is usually crushed and used topically for cuts and bruises or inhaled to help with coughs and respiratory issues.

Known globally as Aloe Vera, Sinkle Bible has been used for centuries for hair and skin problems and a host of other ailments.

Momordica Charantia is the scientific name for Cerasee. This is a very popular herb that can be used as a tea for various ailments including stomach pains, constipation, blood cleanser, diabetes and hypertension.

Cassia Alata is the scientific name for King Of The Forest. The juice from the leaves is used on the skin for conditions such as ringworms and it also consumed as a tea for asthma, diabetes and hypertension.

Ruellia Tuberosa is the scientific name for Duppy Gun. Duppy Gun gets its name from the brown pods that make a popping sound when touched by water. It is generally consumed as a tea for coughs, colds and flu.

Desmodium Incanum is the scientific name for Strong Back. It gets its name from its use to improve sexual performance or give men a “strong back”. It is typically boiled to make a tea and used by both sexes for back pain, muscle soreness etc.

NOTE: We highly recommend that before using any medicinal herb you should consult your healthcare provider or medical doctor for professional advice.

Botanical Roots: Why you should consume thyme

Botanical Roots: Why you should consume love bush