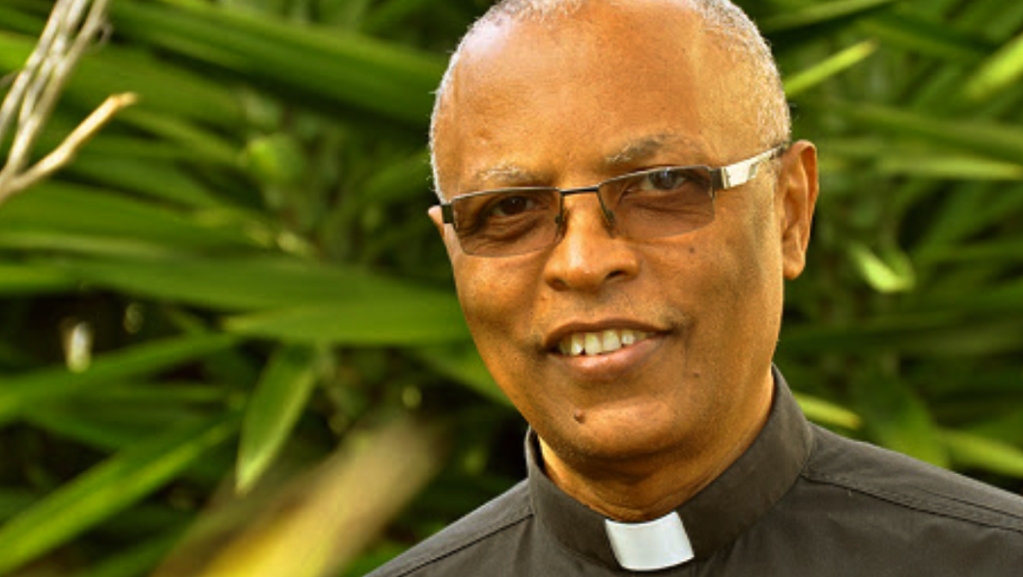 Monsignor Harcourt Vincent Blackett will not be the Parish Priest of Our Lady, Queen of the Universe for much longer.

"On the 15th of August 1975 Harcourt Vincent Blackett was ordained as the first Barbadian priest for the Roman Catholic Diocese of Bridgetown.

"Next weekend he will celebrate 45 years of... ordination.

"Having reached this significant milestone Monsignor Blackett has asked to be releived of his duties as Parish Priest of Our Lady, Queen of the Universe. He will celebrate his last mass there on Sunday, August 16."

Father Paul told the congregants at the St Patrick's Roman Catholic Cathderal in Jemmotts Lane, St Michael and those listening via the Live stream: "Let us all thank God for the gift of Monsignor Blackett's priesthood and his 45 years of faithful ministry in Barbados and abroad.

"I pray that God's abundant blessing and grace as he continues to serve."

Monsignor Blackett spread the gospel in Barbados, the Caribbean and even across the continent of Africa doing missionary work. He was the founder of a catholic congregation known as FRIENDS OF JESUS.

It is only fitting that Monsignor Blackett end his journey at the "home" where he begun.

After his ordination he was assigned to Our Lady, Queen of the Universe in Black Rock, St Michael and as he says his farewell voluntarily, he will do so there. Along the way, he served at the St Patrick's Cathedral for 15 years, but he returned to Black Rock in 2015.

Keep Holy Spirit in your body for the season, urges Father Paul