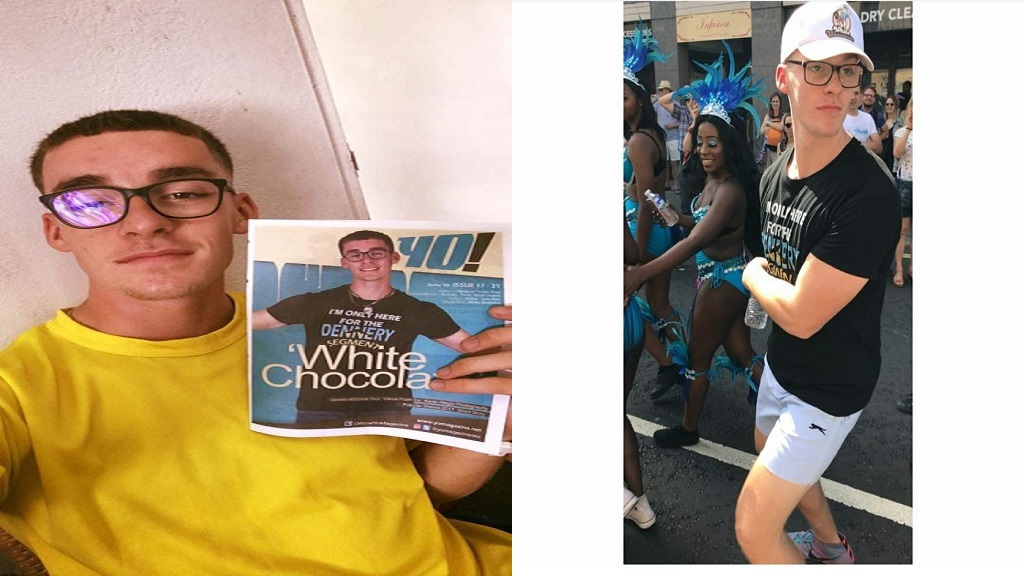 Josh ‘White Chocolate’ Butler has been in the hot seat since he claimed to have paved the way for black people to make wining a profession.

The caucasian from the UK had been embraced in Saint Lucia for his dancing prior to his comments on a YouTube Black Lives Matter Round Table this week.

Persons from across the Caribbean have since expressed their anger towards Butler’s statement with many electing to ‘cancel’ him from our culture, but the plot thickens from there.

“She spoke to him personally about it and he ignored her. She spoke to his St Lucian friends about it and they did nothing. When she came out publicly with the time stamp on her photograph, to say hey I'm the designer of the shirt, St Lucians ripped her to shreds. Our own people. They said she was jealous, that she should be thankful that he’s wearing her design, they ripped her to shreds. She stopped designing, she gave up and he continued wearing and selling the shirts,” Compton said.

She went on to say that White Chocolate has been telling people he is from St Lucia but was born and raised in England.

“White Chocolate has had a St Lucian girlfriend, telling people he is from Dennery. I think all of us collectively are responsible. We cannot say that it’s White Chocolate’s fault. He wouldn’t have a platform if we didn’t give it to him,” said Compton.

8ttava has since released a statement on the incident saying, "I wouldn’t wish that experience on anyone. I haven’t created art or jewelry for years since the situation and I probably never will again so this is not about me trying to get back into the race ya’ll; “mwen las”. However, I want to say thank you at least one more time to the people who supported me from day one and for those who stood up for me during “T-Shirt Gate.”

Read the full statement below: 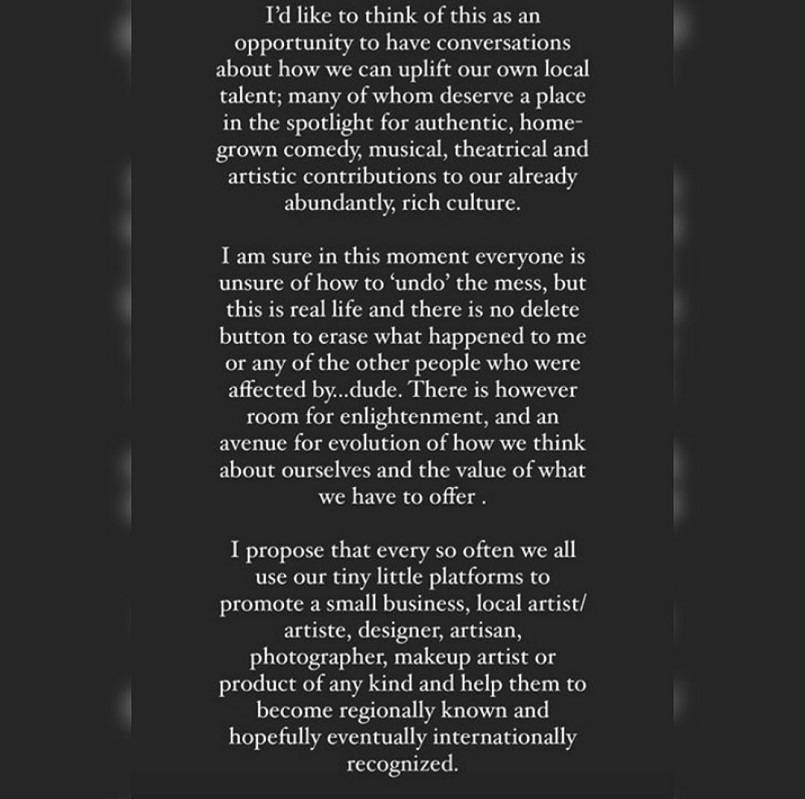 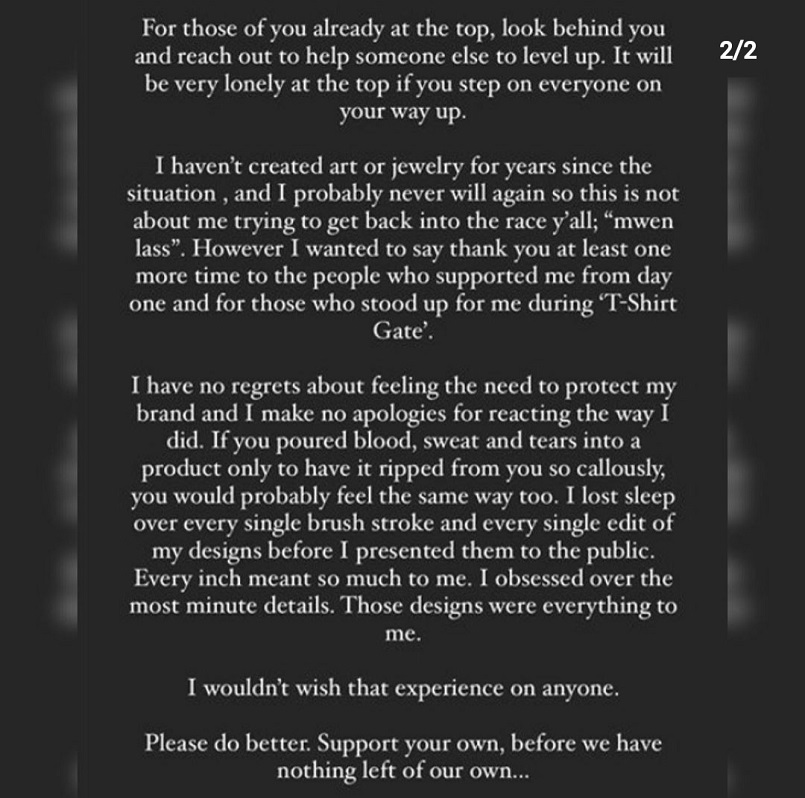 An effort to reach Butler for comment on the matter was futile up to news time today (September 18).