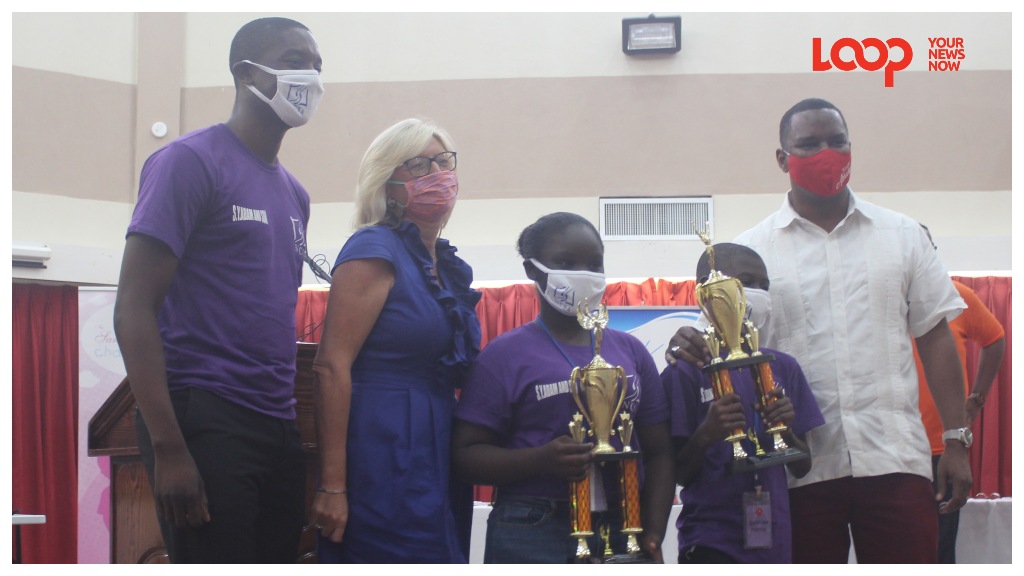 The National Council on Substance Abuse (NCSA) continues to play an active role in safeguarding the nation’s future.

Through its Project S.O.F.T - Safeguarding Our Future Today programme, a number of children are given the opportunity to take part in a yearly camp, and despite COVID-19 they were able to pull it off this year as well, but with a twist.

The one-week residential self-development programme was designed to expose 40 students to the various changes they will undergo as they transition into teenagers. Conceptualised to respond to increased drug use and violence being seen among Barbadian youth, it is specifically geared to assist 11-year-old primary school students transitioning into secondary school.

Due to COVID-19, this year’s programme took a non-residential approach and on Saturday, September 19 it hosted its annual graduation ceremony to recognise and reward its youthful participants for 2020.

The ceremony, held under the theme “Better Knowledge for Better Care”, took place at the Prince Cave Hall in the District A Complex in Station Hill, St Michael.

The keynote speaker at the event, Wilfred Abrahams, Minister of Home Affairs, Information and Public Affairs, spoke about his personal observations on a visit to the camp site.

“It was heart-warming to observe the children as they engaged in activities and even moreso to discuss with them their future plans and aspirations. Despite this year’s change to a non-residential approach, the children were, as always, exposed to a curriculum designed specifically to equip them with the skills and information needed to successfully navigate their transition to secondary school life,” he said.

In addition, Minister Abrahams praised the parents of the participants, without whose consent the camp would not have been possible. “While many parents are understandably concerned with the safety of their children during this time, I thank those of you who had the confidence in the National Council on Substance Abuse and who entrusted your children to their competent team of staff volunteers,” he stated.

Sponsors of the programme were also lauded for their continued support.

For the duration of the camp, participants were exposed to sessions on self-discipline, relationship building, values and self-esteem. They were also taught about being negatively influenced and educated on the many factors related to drug misuse.

The NCSA camp has touched the lives of approximately 650 children through its Project S.O.F.T programme and impacted over 500 families. A slew of family members continue to pass through the programme, a clear indication of its success.

“Most families that have experienced its benefits first-hand went on to ensure that all their children and relatives participated after completing the [Barbados] Secondary School’s Entrance Exam. This is a true testament to the quality of the programme and its role in positively shaping the lives of our young people,” the Minister stated.

Marisa Lowe and Quinlan Parris, both from Team Purple Scorpions, were recognised as the top girl and top boy respectively. Elijah Shepherd and Ki-Anna Pilgrim-Small, both from Team Yellow Champions, were the runners- up. Uriah Charles received a prize for most outstanding Art student while a number of other campers received prizes for sportsmanship.

Entertainment was provided by past campers.

In an address directed specifically to the children who participated, Minister Abrahams reminded them that power of choice lies with them before leading them in reciting the affirmation “I am somebody. I am worth something. I will change the world!”