Skip to main content
Breaking News |
Coronavirus cases in the Caribbean as of October 19 at 11am: 225,875
New tropical depression forms over central Atlantic
Flash flood watch for western, southwestern, and central districts
Government of Barbados will pay for CXC reviews for students
New route alert: Barbados welcomes flights from Heathrow post-COVID
'Appalled!' Ministry speaks on photos of woman with young boy
Barbados has reported one new COVID-19 case
COVID-19 Update: Two new cases and five discharged from isolation
Reviews and queries to CXC for CSEC and CAPE up for 2020 over 2019
Almost 14,000 affected! CXC Registrar says ungraded is 'main concern' 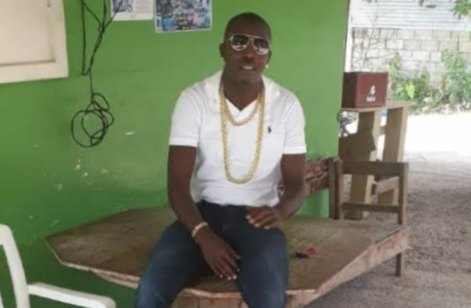 Two persons have been charged in connection with the fatal shooting which occurred outside a primary school in St James two weeks ago.

The early morning shooting claimed the life of Marlon Holder, a parent, who was dropping his son off at the St Alban's Primary School on January 16. He was gunned down in view of his child, other parents, students and staff. The incident resulted in the school being closed and teachers and staff attending counselling sessions.

The Royal Barbados Police Force (RBPF) today revealed a breakthrough has been made in the case and charges have been laid against two males.

They are 33-year-old Jamar Jamal Greaves of Grape Hall, St Lucy and a juvenile male who is 14 years old.

In October 2018, Greaves, alias 'Scorp', was being sought by police in relation to a number of serious criminal matters.

The duo is expected to appear in the Holetown Magistrate Court today, January 31, 2020.