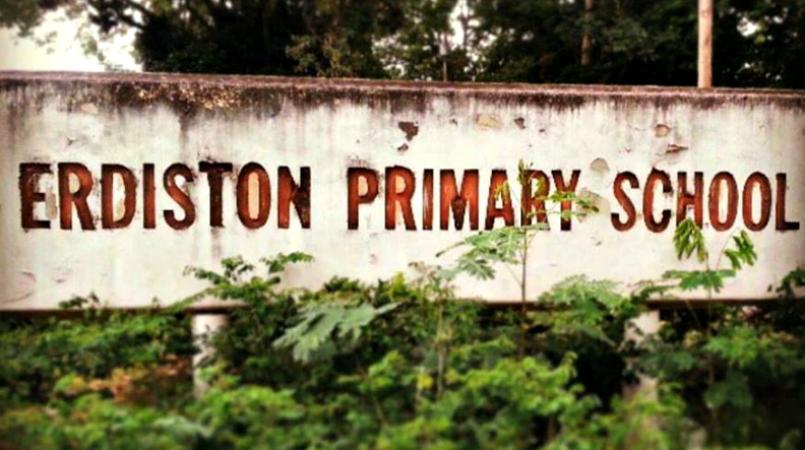 Do you remember the little girls in white shirts and dark blue tunics along with boys in all khaki walking up Pine Hill and across Erdiston Road into Erdiston Primary School?

Well the pupils who wore those colours with pride got nostalgic this week and told Loop a few things that only Erdiston Primary students would know.

Don’t get upset if you attended Erdiston Primary but can’t relate to every one of these things because the people who contributed to this list graduated in the 80’s and 90’s, but it seemed almost any and everyone knows what 'Moby dick' means, what the rain meant and Ms. D. Alleyne was the one Alleyne to rule them all.

1. The snack lady was actually the snow cone man. His name was Mr. Brown but he sold a lot of snacks in a brown Suzuki van. He came religiously every day and sold sweets. God bless him. (One person said, the sno-cone man who used to come with his wife and give a handful of (overpriced) ice to the kids who didn’t have enough money for a whole sno-cone)

2. Erdiston was always a highlight at NIFCA

4. The monkeys were vicious, and there was no playtime on the pasture if they were out on the wall

5. The scary Hansel and Gretel witch houses behind the school...no one dared retrieve any of the balls that went in their yards

6. DiDi coming to the school in Liberace blouses

7. Ms Branch, Woods, Flatts, Bancroft, Sealy and Alleyne were big beaters. Ms. Wood's ruler was Moby Dick. Ms. Flatt's cou-cou stick had no name but it made a great impact. Ms. Branch's strap was Charlie, The Beast was het pet ruler and look sharp she used to toss the board cleaner at students too.

8. The crazy pal that used to walk through the school and school automatically went on lock down

9. The Alleynes: Ms. D. Alleyne checking our nails in Infants A. She would eventually become the principal. There was also reception Ms. M. Alleyne and Ms. Brathwaite, who became Ms. Brathwaite-Alleyne and then Ms. J. Alleyne.

10. Climbing over the wall was a crime with the punishment being lashes from Ms. D Alleyne personally. (A little birdie said, I think Ms. D. Alleyne was the same age as Erdiston when it closed.)

11. Mr. Bushell? (not sure if that’s the spelling); was our music teacher and we would have a whole year group in the auditorium by the Erdiston Teachers’ Training College.

12. Yellow house and red house used to win sports every other year.

13. Walking past the annex and waving at the kids. (One former student shared: "The children in my class were a little scared of the annex but I met a girl there one evening and she was really cool. I didn't know sign language but we waved to each other on evenings.")

14. The break and lunch bell was rung half to death by children on the class 4 block. People would race to see who could get up the stairs first.

15. Bad boys of my year: Omar, Rodney and Dorsie. Licks every day! Lol

16. The pasture was always just dirt, no grass. There was some artificial grass rolled in a corner forever...

17. Skying was a staple on this pasture. We would be on one end throwing to the other. I still have a good arm and catch well from all the lunchtime and after school Skying.

18. Sports would be on the College pasture, which had lovely grass and we would hardly ever walk on the College grass outside of sports. It always felt weird, even for us who had to go there for table tennis or Dancin' Africa practices.

20. If it rained heavily, we gine home. The hall would flood with lots of rain and sooo many classes were in the hall, that was the end of school always. Then we'd have to wait till it dried.

21. Ms. Brathwaite sold kool-aids after school from her Infants A class.

23. Playing table tennis in the corridor outside of 4-1 on a piece of wood propped up on blocks

24. Red house had to win cheerleading each year ‘cause Ms. Sealy got hot choreography for them.

25. Earl was the groundsman. Unfortunately, he passed away last month. May he rest in peace.

27. Jumping over the wall by Dr. St. John to retrieve a ball earned you hero status.

28. Brek-neck hill, the famed and scary hill behind the parking lot that people swore you'd break your neck if you ever fell

29. Mr Brewster and Ms Alleyne as headmaster and headmistress

The now defunct Erdiston Primary closed in 2008 and was amalgamated with Carrington’s Primary to form George Lamming Primary.

But after all the fun reminiscing, one student lamented:

“What nobody seems to know, is why Erdiston was closed down. Can someone please tell me WHY? Erdiston made an indelible contribution to the education landscape of Barbados. If I had to win some money I would rebuild a school in its honour, without a doubt!”