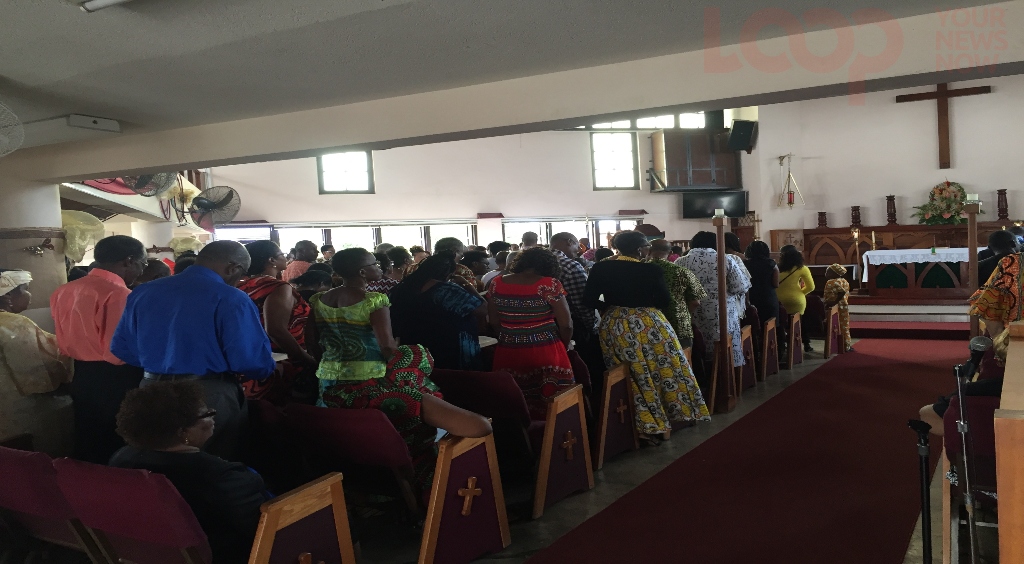 Government has finally completed the density calculation for religious services to resume.

The reopening of churches and other faith-based organizations will be subject to the new density protocol where “We are allowing them to open only on the basis that they can allocate to each person in the sanctuary 40-square feet per person.” Attorney General Dale Marshall outlined this added requirement while announcing that these entities will be permitted to conduct services from Monday (June 1) once they can comply.

He went on to state that the requirement was now the recognized international standard.

In making his address at last night's press conference which followed a meeting with trade unions, the Attorney General reiterated that congregations across the island will only be allowed to function if a minimum of 40-square feet per person could be guaranteed. For clarity, the AG went on to provide an example. Under the new density protocol, a church with a floor area of 2000 square feet would be allowed a maximum of 50 worshippers in attendance.

In addition to a number of other protocols, churches will be required to take attendance registers. This will be for the purpose of facilitating contact tracing in the event that such becomes necessary. Individuals with elevated temperatures will not be permitted to worship.

The requirements faith-based organizations will be subjected to are “heavier than usual”, he said. He went on to point out that a special directive specific to churches will be issued. Under the previous regime, restrictions on gatherings only allowed for a limited number of individuals to facilitate the online streaming of services.

Restaurant protocols on the table

As it relates to restaurants, in-dining will also be permitted from June 1, if the fine details are ironed out as hoped.

Presently restaurants are only allowed to offer pick-up or delivery options. However, in announcing a relaxation on the current restrictions Marshall stated: “We now feel that we’re in a place where we can allow reopening to take place for the purposes of dining in.”

Specific density protocols for in-house dining are still to be finalized. The AG stated that consultations were ongoing and it was expected that the details would be fine-tuned and completed by today (May 29).