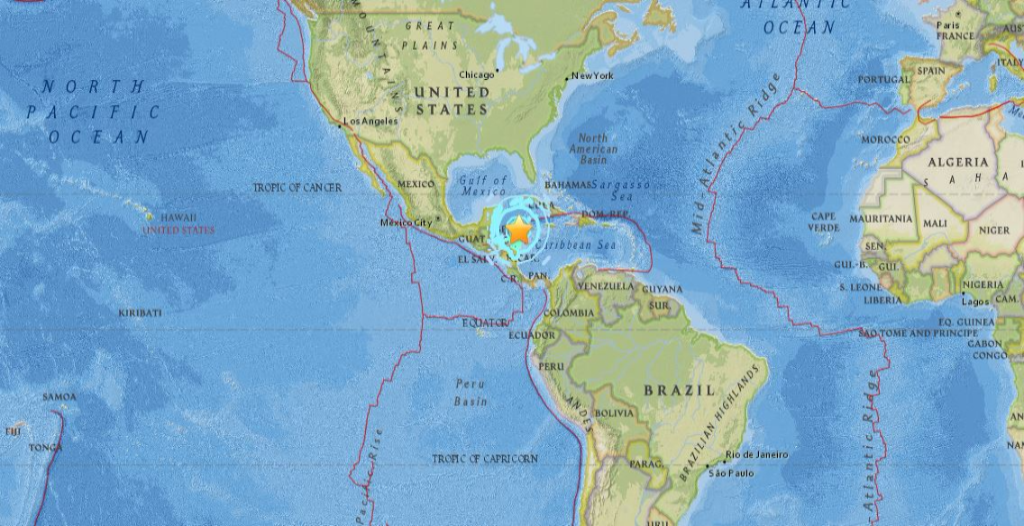 The Caribbean Sea was struck by a 7.6 earthquake on Tuesday night according to the United States Geological Survey.

According to the Pacific Tsunami Warning Centre, Tsunami waves reaching 0.3 to 1 metres above the tide level, are possible for some coasts of Belize, Cuba, Honduras, Mexico, Cayman Islands and Jamaica. A tsunami advisory was in effect for Puerto Rico and the U.S. Virgin Islands.

A tsunami is a series of waves and the time between waves can be five minutes to one hour. The hazard may persist for many hours or longer after the initial wave.

Estimated times of arrival of the initial tsunami wave for places within threatened regions are given below.

Actual arrival times may differ and the initial wave may not be the largest. 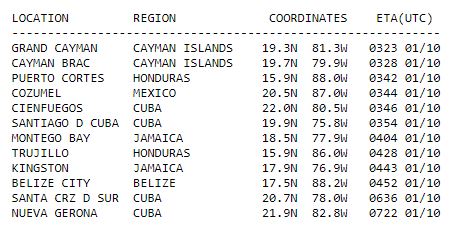 4.3 earthquake recorded in Venezuela, near Trinidad