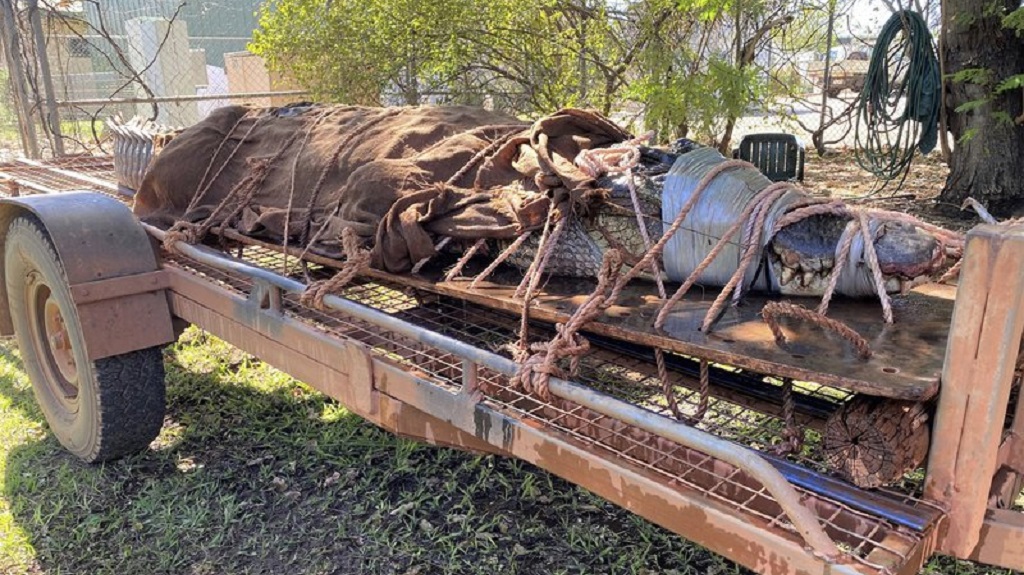 Wildlife rangers have trapped a 4.4-meter (14.5-foot) saltwater crocodile at a tourist destination in Australia's Northern Territory, the biggest caught in the area in years, a wildlife ranger said Monday.

A larger 4.7-meter (15.5-foot) croc was trapped three years ago in the same wildlife management zone, but that one was caught in the Katherine River, which is closer to the sea, Burke said. He said he did not know of a larger croc caught in the Flora River.

Crocodile numbers have been increasing across Australia's tropical north since federal law made them a protected species in the early 1970s.

"They certainly are increasing (in number), and that's part of the reason we have the management zones — to reduce the numbers in high-visitation areas so there's less chance of interaction between salties and people," Burke said, referring to saltwater crocs.

The captured croc had been taken to a crocodile farm to become part of a breeding program. Farmed crocodiles can be killed for their meat and leather.

The crocs are trapped in large cages baited with wild pig and other meats and submerged in waterways.