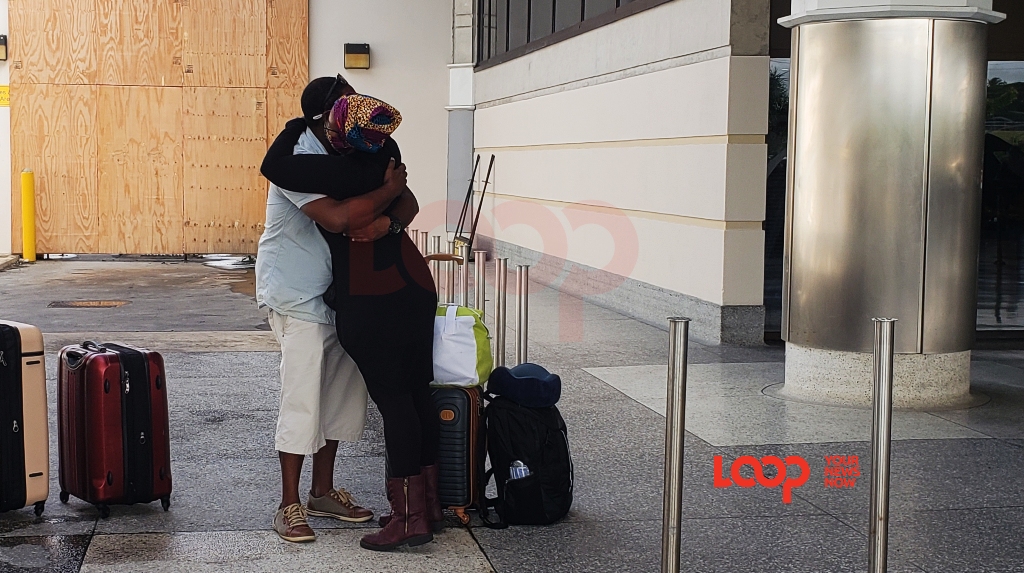 Adrian and Chantal hugging after her arrival.

'Reunited and it feels so good!'

Peaches and Herb could have written that classic for Adrian and Chantal.

After almost five months, these two lovers saw each other face to face without a screen in between.

Adrian waited patiently while social distancing and wearing his mask at the Grantley Adams International Airport today (July 12) for his girlfriend to walk out of Immigration, through the Arrivals sliding glass doors and to him finally.

Chatting with Loop while he waited and watched the doors in anticipation of her arrival, he said that Chantal, his girlfriend, was set to return to the island around this time but she was supposed to travel elsewhere previously then COVID-19 happened and she got stuck in Canada.

Adrian said that being apart for more than four months was tough. He said that this was the longest they were apart since they got together, especially because on island they only have each other. Adrian said that he is from Barbados originally but "me and her decided to move back". He has been back for a year now. "So we basically have each other right, so when she was gone for so long, it was crazy and then the whole COVID thing also gives you this sense of insecurity of how your body feels and you think, 'Oh God, I need somebody to... It was just a whole big mess.'

So while some Barbadians were kind of dreading the resumption of commercial flights to the island today with this Air Canada flight out of Toronto, some people were actually counting the days and hours in anticipation and with excitement.

Asked what COVID-19 showed him about his relationship with Chantal, he said:

"Oh! Actually it showed us that we are very compatible. I mean we were apart but I heard from her every single day, and not once a day, two, three times a day, you know for one-hour conversations, two-hour conversations. It was like we weren't even apart in that aspect. The same things she would tell me when she's here is what she was telling me while she was over there. So in that aspect, there wasn't much different."

AC966 was originally scheduled to arrive in Barbados at 1.40 pm but was delayed and arrived around 2.20 pm. About an hour later, Chantal walked out. 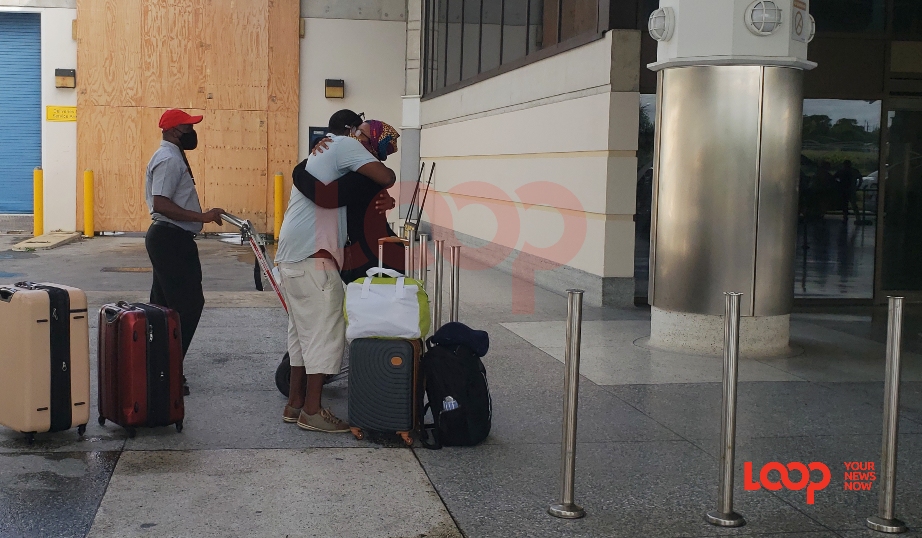 Super-elated Adrian dashed forward to meet her and at first as some family members were greeting each other with elbow knocks, Chantal went in for a big bear hug and they touched their cheeks with their masks still in place.

Chantal said her trip home was "good" and she will be quarantined at home. Responding to the question: 'What did you miss most about Adrain?', with a laugh, she said: "His great hugs!"

And once the 'red cap' baggage assistant was dispatched, the two embraced again before gathering her suitcases and departing.

The flight had approximately 132 passengers on board.

Love under lockdown: Ways to keep your relationship alive