AG committed his life to 'making Barbados a better place' 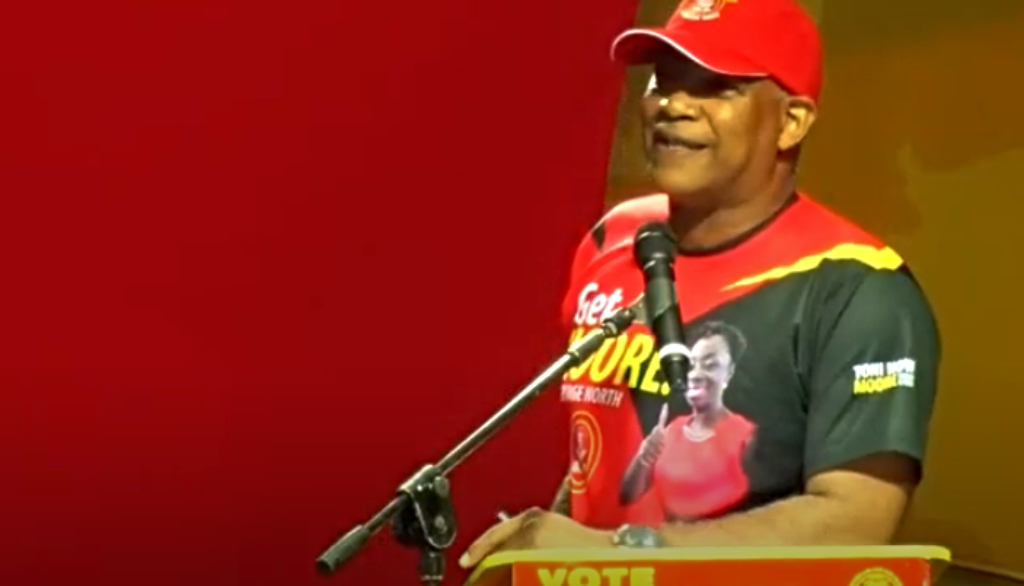 Attorney General Dale Marshall says that it is an honour to serve as a parliamentary representative.

He said this to the Barbados Labour Party candidate in the St George North By-election Toni Moore while at the meeting at Lower Estate in St George (October 11).

Speaking about himself, having been involved in politics for over 30 years, he said:

"And if there is one thing I can tell you throughout my time . . . we do not make decisions lightly. We don't make decisions about policy lightly, about candidates lightly. Every decision that we make has a lot that goes into it because we recognise at the centre of all this are people and when yuh dealing with people, yuh have tuh get it right."

To the people of St George North he went on to ask them "Who was it that increased the public servant salaries - the BLP or the DLP? . . . We increased the salaries!

"Who was it that started to pay back the tax refunds?

"Now you know workers are who get tax refunds, workers are who get pay increases. So I want to begin by pointing out to you or at least reminding you that the Barbados Labour Party is well and truly a Party for workers. Don't let there be any doubt about it. The DEMs can say what they like, but they had 10 years, not a salary increase, send home about 5,000 people indiscriminately, they didn't care. They abandoned the job that they were elected to do and the Barbados Labour Party came to rescue this country two years and four months ago."