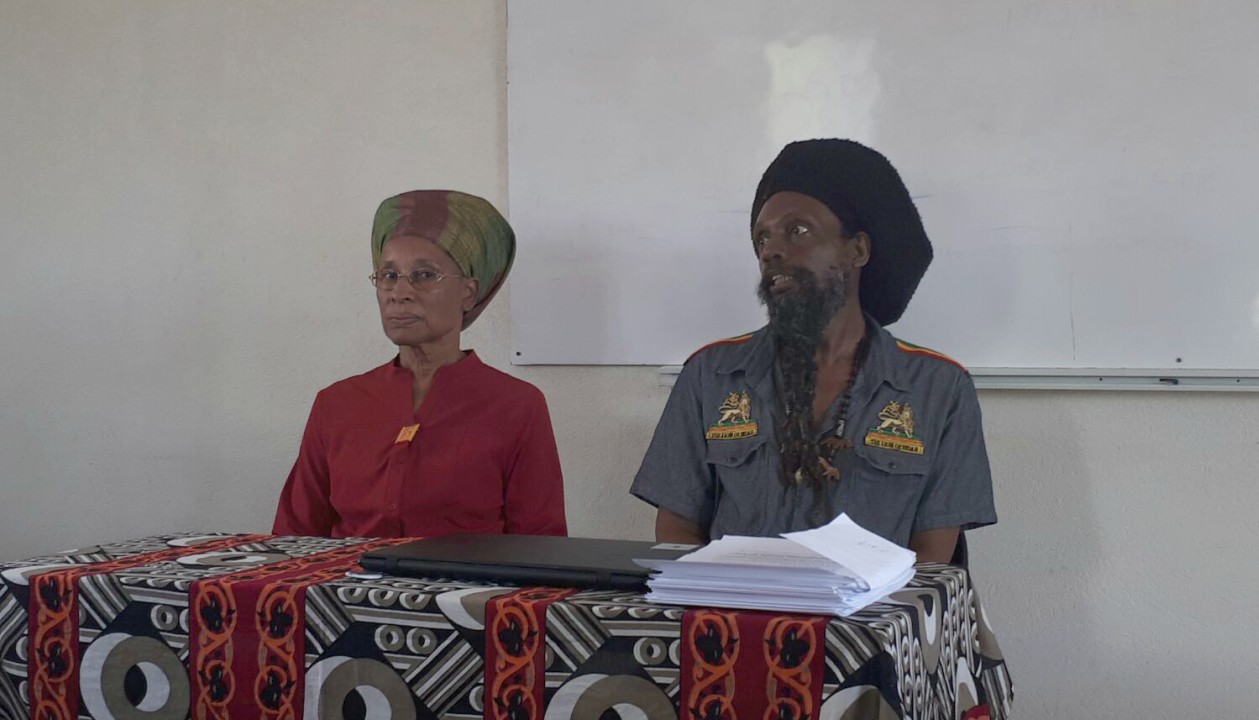 The African Heritage Foundation (AHF) is hoping the petition they have launched to discontinue the case against Felisha Holder will prompt the Town and Country Planning Department to remove the controversial structure at the entrance to the Villages at Coverley.

The AHF hosted a press conference at their Two Mile Hill headquarters to discuss the recent developments in the criminal case brought against one of their members, Felisha Holder, who was recently charged with dangerous driving which resulted in the death of her 11-year-old son Abijah Holder-Phillips.

AHF President, Paul 'Ras Simba' Rock questioned why the Town and Country Planning Department had still not made any progress in having the structure removed in light of correspondence in official documents of the Ministry of Transport and Works (File No. 32211 Vol 4), which was dated three years before Holder's accident occurred. The file in question stated "the entrance is not well designed and it utilizes the hard shoulder which as designed creates a challenge for motorists".

The AHF has so far garnered 750 signatures out of the 5000 signatures needed, after which the petition will be presented to the Office of the Director of Public Prosecutions on May 25, African Liberation Day.

Ras Simba said, "Every day that the case goes on, every day that this accusation is levelled against Felisha, it puts added stress on her. Through counselling, she was able to get past a lot of that initial hurt and guilt. This accusation has brought a resurfacing of those feelings."

Trustee of the AHF, Keturah Babb said the goal of the organization was not to persuade the DPP, Donna Babb, to pursue charges against the developer who would have put the structure in place.

She posited, "It is for the authorities who have technical competence on the matter to determine if they are going to bring other charges. What we are asking is that they remove it so that no other road users are injured. Our focus is that as provided for in the legislation... there is leeway for using discretion in determining whether a charge could be laid and if it can be pursued."